'We've gone from all this history to almost nothing and we've almost forgotten where we've come from. So how does it make me feel? It makes me feel very, very sad.'

The one in Raley stands set against a backdrop of the Rockies in southern Alberta. In the hamlet of Acadia Valley, near the Saskatchewan boundary, it's a tea-house. And in Nanton, Alta., there are three.

Alberta's grain elevators, those iconic symbols of the Prairies where harvests were weighed, sold, stored and shipped by rail, are now being reimagined.

The new president of Nanton's Canadian Grain Elevator Discovery Centre is musing about the future for the trio of elevators that still stand in the town an hour south of Calgary.

"How can we make this more of a cultural centre? The orange elevator is a museum but how can we repurpose the grain elevators to make them, say, an auditorium or an art gallery?" said Wieser.

He said there are different numbers circulating about how many elevators are left standing.

Wieser estimates that there are probably fewer than a hundred that are still standing in Alberta, and just over a dozen that are recognized by the province as historic resources.

"We've gone from all this history to almost nothing and we've almost forgotten where we've come from. So how does it make me feel? It makes me feel very, very sad," he said.

Kerry Atkinson is proud that, 20 years ago, Leduc was able to save the one in that community from demolition.

"The rumours started going around town that they were going to close and take down the elevator," said Atkinson, the museum co-ordinator at the Leduc Heritage Grain Elevator.

A group of concerned citizens, including Atkinson's parents, formed the Alberta Legacy Development Society and through bake sales, book sales and other community events raised the $140,000 needed to buy the elevator and land .

"The elevator was the focus of town. If you needed to know something, this is where you came. I tell everybody it's the social media of the early years."

Today, Atkinson acts as caretaker and tour guide for a stretch of railroad at 52nd Avenue and 47th Street, where six other elevators once stood. 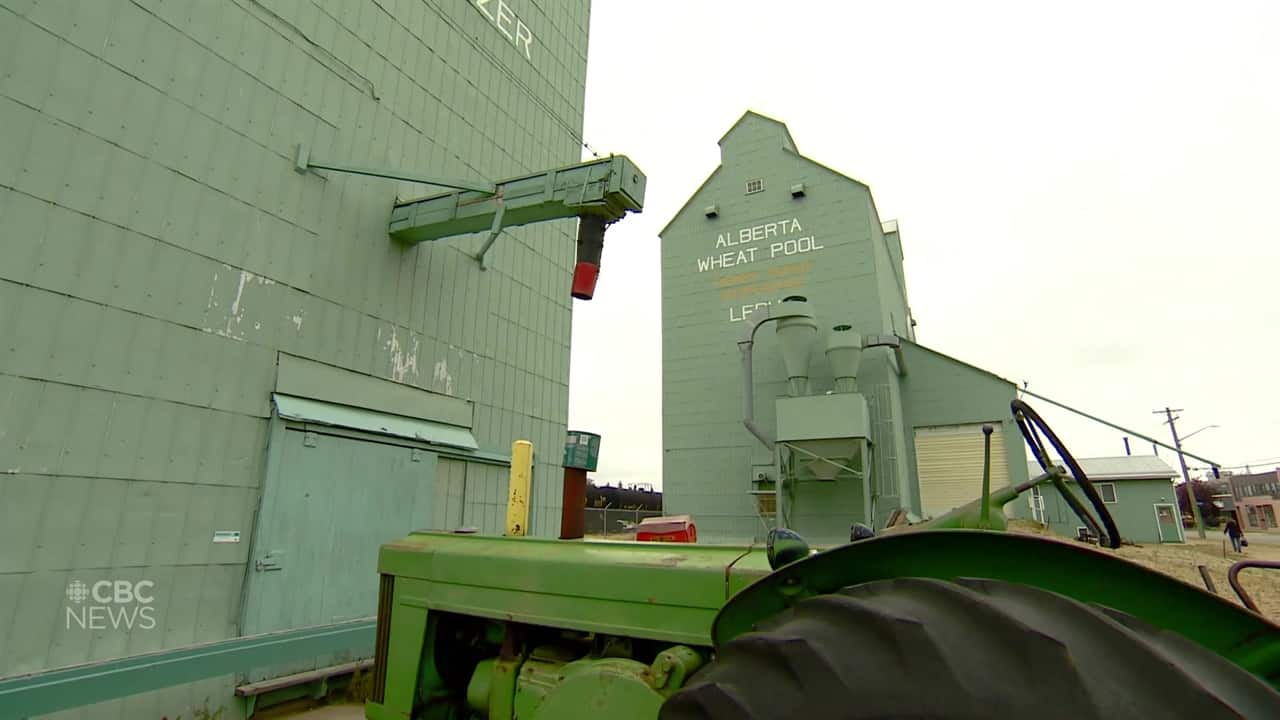 'it's pretty much exactly as they left it'

You can see more from the Leduc Heritage Grain Elevator on this week's edition of Our Edmonton, Saturday at 10 a.m., Sunday at noon and 1 p.m. on Monday on CBC TV and the CBC GEM.

"They speak to our agricultural heritage," agreed Kathryn Ivany, a City of Edmonton archivist.

But elevators dotted the landscape in big cities as well, she added.

"Edmonton was a hub, servicing the communities around us," she said. "And wherever there are railways, you will find elevators."

Ivany estimates that over the years, the capital city was home to hundreds of elevators, mills and agricultural storage buildings.

"There were a lot of little suppliers that had their own elevators," she said.

Those were eventually bought by bigger companies and consortiums, which then consolidated and knocked down all but a handful through the capital region, she said.

Ivany said one of the legacies of that period is Ritchie Mill, a former flour mill located at at 10171 Saskatchewan Drive, the end of Steel Park in Old Strathcona, which has been converted into offices and meeting rooms.

Others have been restored and converted into museums or tourist attractions. These include the St. Albert Grain Elevator Park, the Spruce Grove Grain Elevator Museum and an elevator on display at the Ukrainian Cultural Heritage Village near Vegreville, Alta.