Despite the recommendations of hand-picked government advisers, Alberta elementary school students will learn about residential schools in a new curriculum, the education minister says.

Alberta government under fire for curriculum recommendations from advisers

Despite the recommendations of hand-picked government advisers, Alberta elementary school students will learn about residential schools in a new curriculum, the education minister says.

"We are absolutely committed to facing reconciliation and to ensuring that the truth about residential schools, about that content, is in our K-6 curriculum. That is non-negotiable," Adriana LaGrange told reporters at the legislature on Wednesday.

However, she wouldn't say at what grade level she thinks those lessons should start.

Leaked documents obtained by CBC show that advisers recruited to revise drafts of the incoming K-4 social studies curriculum crossed out any references to harm done to Indigenous people by European settlers.

In the documents, an unidentified adviser writes that negative effects of the arrival of Europeans in Canada is "too sad and upsetting" for fourth graders. The documents suggest students begin learning about them in Grade 9 or high school.

The adviser, or advisers, also say lessons should cover residential schools in the broader context of "harsh schooling."

"The ugliness of Dickensian schooling, boarding schools, 19th-century discipline methods and residential schooling that applied to some Indigenous kids can probably best be saved for later when learners are more mature and less emotionally vulnerable to traumatic material," the documents said.

The documents also said the problems of residential schools applied to "a minority of children."

The recommendations are counter to the Truth and Reconciliation Commission's calls to action, which compelled all schools to teach children in all grades about residential schools, treaties and the contributions of Indigenous people.

"It deliberately misrepresents what teaching about residential schools was all about. It wasn't just about harsh schooling," Sen. Murray Sinclair, the former chair of Canada's Truth and Reconciliation Commission, told CBC's Edmonton AM.

"It was about the fact that there was a sense of racism about the whole way the policy about Indigenous people was being handled at the time." 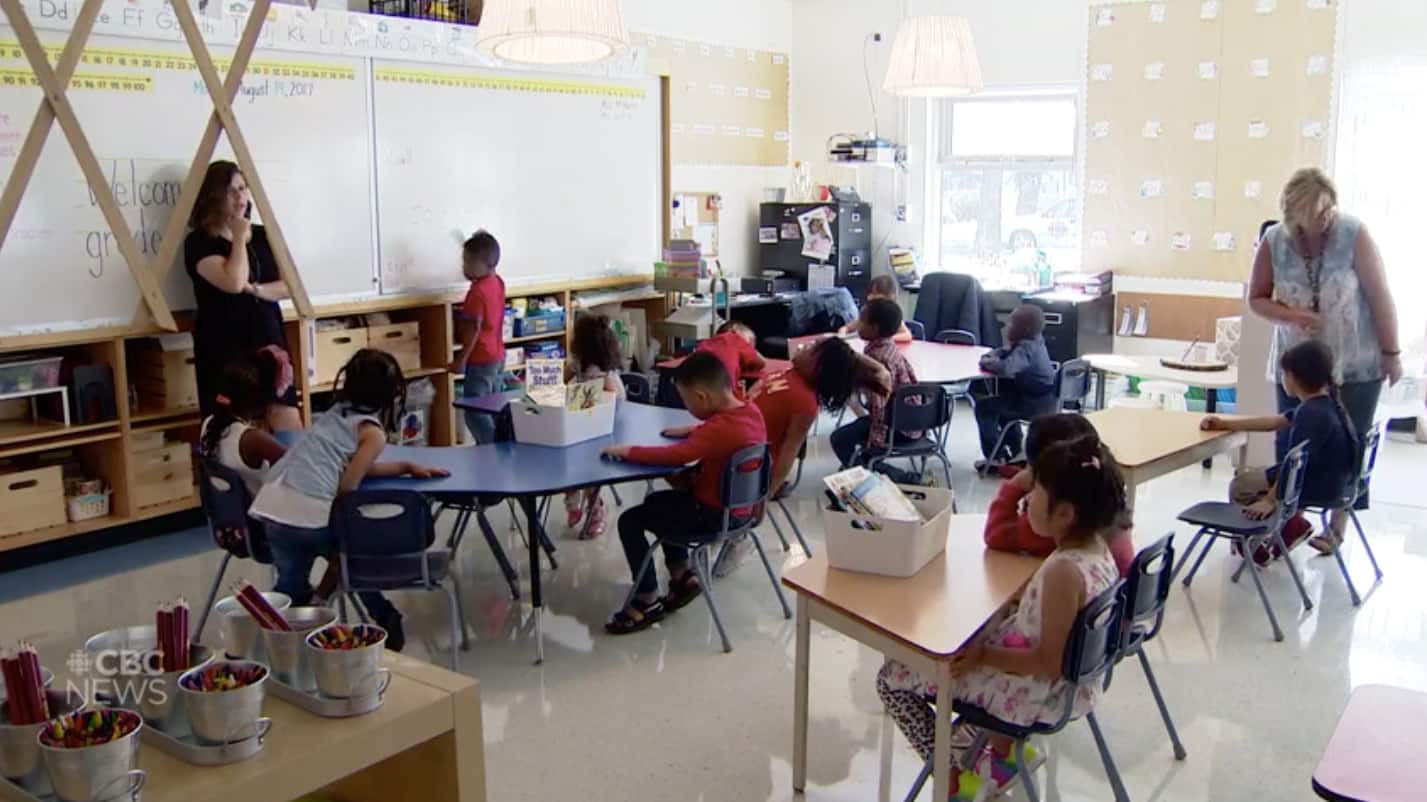 1 month agoVideo
2:23
Curriculum experts familiar with the province's process say the suggestions are a huge departure from where work was heading before the United Conservative Party was elected in 2019. 2:23

This summer, the Alberta government hired 17 advisers to review existing drafts of a new curriculum and provide suggestions. The social studies adviser is Chris (C.P.) Champion, a history writer and former staffer to Premier Jason Kenney when he was a Conservative Member of Parliament and cabinet minister. He is currently a visiting fellow at Queen's University.

LaGrange's press secretary has previously said Champion was one of several people who authored the leaked social studies documents.

LaGrange would not say which of the recommendations she plans to include in the new curriculum.

"Advice is advice," she said. "No final decisions have been made."

Other suggestions a 'major loss' for francophones: scholar

The Opposition NDP called for the government to fire its advisers.

Indigenous relations critic Richard Feehan said the government knew what kind of advice it would get when it selected its consultants.

"You always bring people to you who you think will give advice you think you will take," Feehan said. "In this case, they seem to have brought people to them who seem to have this racist attitude toward Indigenous people."

Also missing from the suggested curriculum are any references to the history of francophones in Alberta, said Raphaël Gani, a PhD candidate who is studying francophone perspectives in the province's social studies curriculum.

"For francophones, it's a major loss," Gani said.

The current social studies curriculum was written alongside francophone and Indigenous contributors, he said. None of that collaboration is evident in the draft of recommendations, he said.

"The dream is now over," he said. "To work as equal partners is not the way this program has been made."

The Alberta Teachers' Association issued a statement saying the organization has lost faith in the government's curriculum redesign process. The United Conservative Party government previously tore up an agreement that made the association a partner in writing curriculum.

The recommendations are "regressive and inappropriate" and highlight the risk of cutting teachers out of the process, the statement said.

LaGrange said working groups of subject-area experts, which include teachers, will have a chance to review curriculum proposals later this fall.

She said she will release the elementary school curriculum to the public in early 2021.