What's less fun than a brand-new toy? The environmental impact of all that packaging

For kids, there is nothing like the excitement of opening a box containing a new toy. But an Edmonton environmental expert says that joy has a downside: the disposal of the cardboard, twist ties and plastics in which the item has been so perfectly packaged.

For kids, there's nothing like the excitement of opening up a brand-new toy, the joy of ripping open a box to discover the shiny, slimy or fluffy treasure inside.

But an Edmonton environmental expert says that moment of happiness has a downside: the long-term disposal of the colourful cardboard, wire twist ties, plastic rings, bubble wrap and plastics in which the item has been so perfectly packaged.

CBC News purchased five popular toys and unboxed them to see how much was waste and how much could be recycled. The toys were donated to the Alberta Council of Women's Shelters.

While a lot of packaging material might seem like it's recyclable, it's not, said Courtney Powell, founder of Elevated Enviro. He's trying to get parents, grandparents and other gift-buyers to think about the effect of packaging on landfills.

"Do they use a mix of materials? Is it a blend of foil and cardboard or foil and plastic? Because that impacts whether it can be recycled or not," Powell said. "Is there a lot of small pieces to the packaging? Because the smaller the pieces, the harder it is for sorting facilities to sort that material out."

Those types of scenarios can make it tricky to figure out what can and can't be recycled, he said. 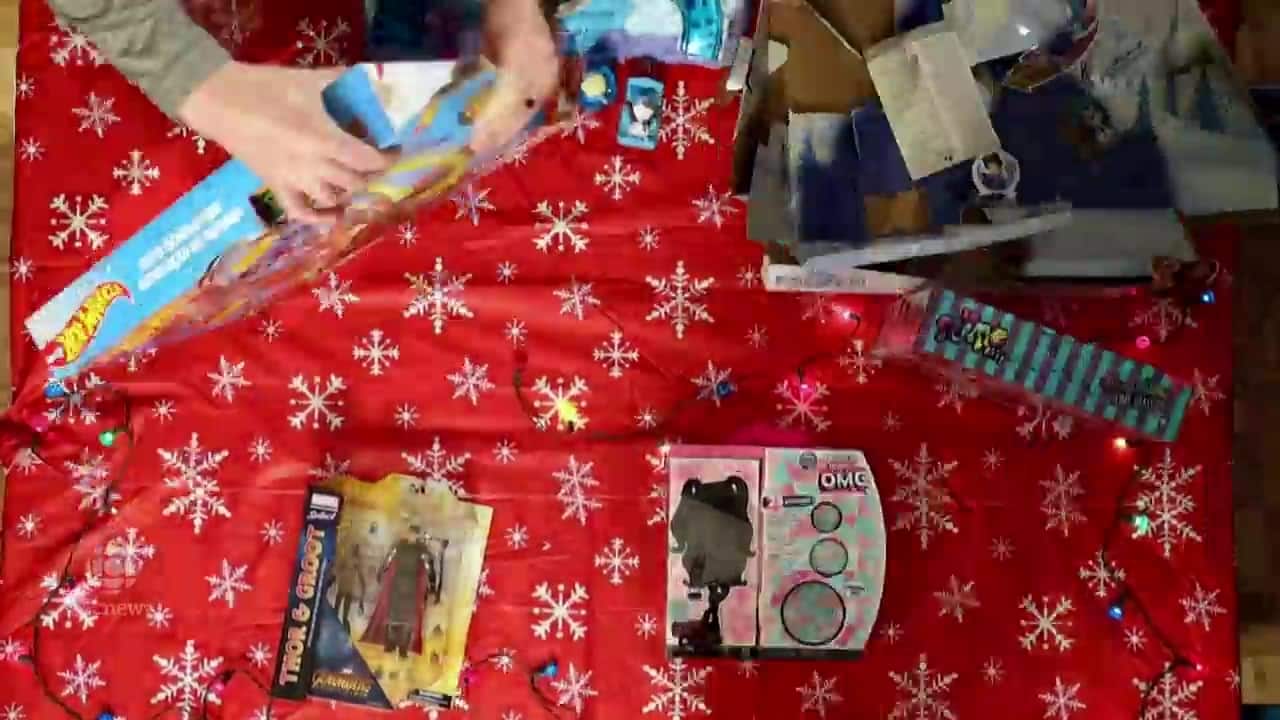 1 year ago
2:20
Where should all of the plastic, cardboard, foil and ties go when you finish unwrapping all those Christmas gifts? The answer might surprise you. 2:20

City waste collectors see a doubling of garbage at the end of December compared to the beginning of the month, said Jana Lee, education programs supervisor with the City of Edmonton.

The city has created an online WasteWise app to help people figure out how to dispose of household items, ranging from used gift wrap and broken toys to appliances and shampoo bottles.

Lee said it's important that citizens do their part to divert waste to the correct stream, whether its an Eco Centre, a recycling bin or a garbage bag. Powell said it's not always obvious.

The bit of plastic holding a Barbie's accessory hairbrush in place, for example, probably hasn't been labelled with its grade of plastic. When plastics are recycled, different grades can't be mixed together, he said.

Similarly, he said, it's reasonable to expect that cardboard boxes can be recycled, but that's not the case if they've been coated in plastic.

He said people may think they're doing their due diligence by separating garbage from recycling, but if they might not be doing it properly, which could lead to more waste ending up in the landfill.

Before buying the next toy, he said it might not hurt to look closer to see what packaging awaits you inside.