Long-time employees at Edmonton’s largest brewery have been told a long-standing perk has been scrapped.

Retirees will no longer get free beer until they die, says company

A free beer allotment for Labatt brewery retirees — which was part of the workers' pension benefit package for more than five decades — will soon go flat.

Labatt has announced the long-standing perk will be phased out by Jan.1, 2019 because it's too expensive. But workers call the cut petty when compared to the company's ballooning revenues.

Labatt said the allotment for existing retirees would be cut in half in 2018 and cut off completely in 2019.

"I just think it's nickel-and-diming of our retirees that put in a lot of work for many, many years," said local union president Jim Stirr. "In the cost of doing business, it's such a small, small thing." 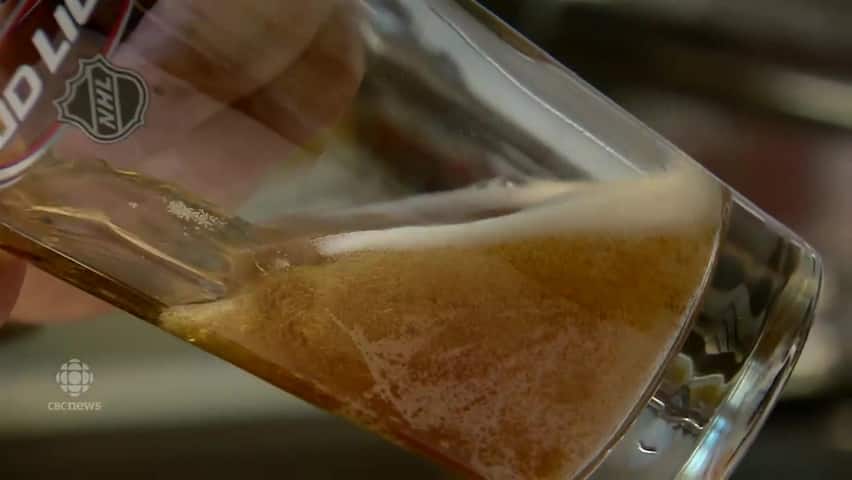 "The reason for the change relates to the rising overall cost of maintaining a full benefits package, including health care coverage for retirees," Labatt vice-president Lindsay King wrote in a letter to employees dated Oct. 28.

"A recent comprehensive review of all the cost management options has led us to conclude that discontinuing free beer is the best course."

The union said a modest weekly allotment of free beer has been a perk of working at the Edmonton brewery since plans to open the facility were announced in 1962.

As part of the local union contract in Edmonton, each current employee gets a Labatt gift card loaded with the equivalent cost of 52 cases of 12 beers (one case per week). On retirement, that allotment continued for life — and then some. After a Labatt pensioner died, their spouse was then entitled to the same yearly free beer card.

Stirr said the arrangement was as much about person-to-person marketing as it was about employee satisfaction.

"If I'm going to a barbecue, it's nice to bring a case or two of a beer I made, since we work hard to be the best of the best," Stirr said.

He explained it makes him and his coworkers feel like ambassadors for the brand. "It's a sense of pride. I'm a salesperson, basically."

More than 100 people work full-time at the Edmonton brewery with 30 temporary employees. The ones who worked there for decades remember what it used to be like when these factory jobs were coveted and paid enough to raise a family.

"We have a retiree that's been there since 1972. He's probably worked there longer than the majority of the members have been born," Stirr said.

Employees say that kind of loyalty was bred in the company's early days, when the brewery felt like a second family.

Back then, the business was owned by a Canadian family — and it was bubbling with success. In the 1950s and '60s, Labatt pursued its goal of becoming Canada's national brewer by opening facilities in B.C., the Toronto area, Montreal, Newfoundland and Edmonton.

While the assembly lines and overnight shifts could be mind-numbing and repetitive, worker morale was high. There were company parties to celebrate each new sale or production milestone, employee hockey and baseball matches after work, livable wages and benefits — and that free beer.

It's a sense of pride. I'm a salesperson, basically- Jim Stirr, local 250A Unifor union president

Stirr said employees tell him the atmosphere started to change after Labatt first sold to a foreign company in the 1990s. And pulling retirees' free beer is not the first cut.

Starting in 2010, new hires saw a $10 drop in wages. The new starting wage was $24/hour, compared to $34/hour for workers hired previously. New employees also have to pay into their own pension.

The company declined an interview with CBC.

Senior director Jeff Ryan sent an email statement saying: "We only came to this decision after benchmarking a range of Canadian beer … our benefits package continues to compare very favourably."

The statement did not make clear how much money cutting the retirees' beer allotment will save the company, which has 3,000 current employees across the country.

When Molson made a similar cut in 2009, siphoning off its beer allotment to 2,400 retirees, the company estimated it would save just over $1 million a year.