Jason Kenney has 'no interest' in leading federal Conservative Party

Making a big splash in Ottawa this week, Alberta Premier Jason Kenney held court on familiar turf with federal MPs, business leaders and reporters as he dashed from one high-stakes engagement to another.

Kenney commented last week, before it was known Andrew Scheer stepping down

Making a big splash in Ottawa this week, Alberta Premier Jason Kenney dashed from one high-stakes engagement to another, holding court with federal MPs, business leaders and reporters.

Though he slips in and out of federal politics with ease, Kenney, a former member of Parliament for Calgary Midnapore, says he has no desire to get back into federal politics as leader of the Conservative Party of Canada.

"I have no interest in the federal leadership," Kenney said. "I support Andrew [Scheer]. He is a friend."

Kenney made his comments last week during a year-end interview with CBC News.

On Thursday morning, Scheer announced he is stepping down as Conservative leader.

Scheer told the House of Commons that choosing to resign was "one of the most difficult decisions" he has had to make, one that happened after long conversations with people close to him following the Oct. 21 election.

On Twitter, Kenney thanked Scheer for his service to Canada in his role as Opposition leader.

"I know this was a difficult decision, and wish Andrew all good things in the future," Kenney said in his tweet.

As one of Canada's best known conservative politicians, Kenney has frequently been touted as a possible contender should the leadership of the federal Conservative Party become open.

Scheer had come under sharp criticism from some party members after failing to capitalize on a gaffe-ridden Liberal Party campaign in the last federal election.

While praising Scheer for winning the popular vote, increasing the party's seat count and "doing well," Kenney was less definitive about his role in Scheer's political future.

Kenney said he is focused on his full-time job as Alberta premier. 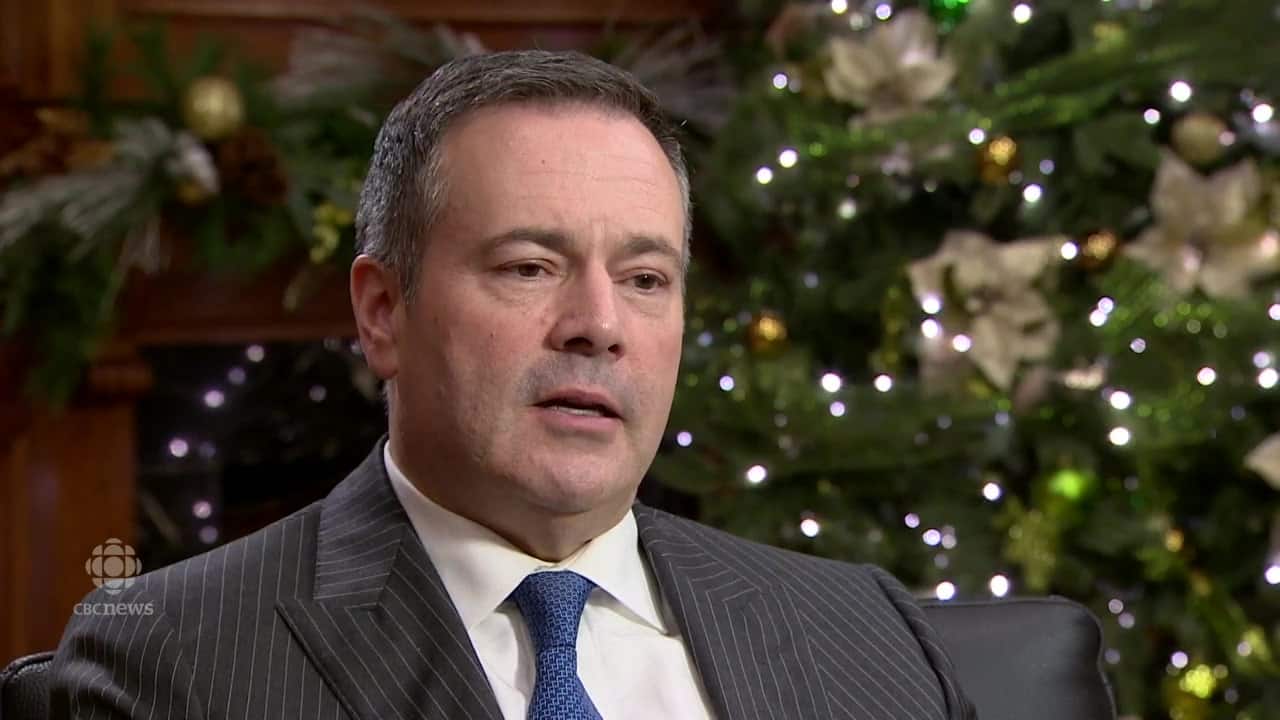 'I support Andrew, he's a friend'

Kenney, who sat as an MP for Calgary Midnapore for 19 years, serving as a cabinet minister under Stephen Harper, said he didn't spend the last three years helping to build the United Conservative Party in Alberta just to get back into federal politics.

"I am entirely focused on this," Kenney said.

Kenney led an entourage of provincial cabinet ministers to Ottawa for a series of meetings with their federal counterparts.

Kim Trynacity is an award-winning journalist and CBC Alberta's provincial affairs reporter. You can reach Kim by email at kim.trynacity@cbc.ca or on Twitter @ledgewatcher