Let's face it, we do dinosaur tourist attractions in a big way in Alberta, but this spot near Gibbons really brings the creatures to life.

Tiana Corredor brushes away sand, revealing what looks like a dinosaur bone.

"It makes you learn a lot, so it's super impressive," the seven-year-old says while leaning over a sandbox dig site.

The pint-sized paleontologist has already visited Jurassic Forest three times and has no problem rhyming off all the dinosaurs dotting the park. 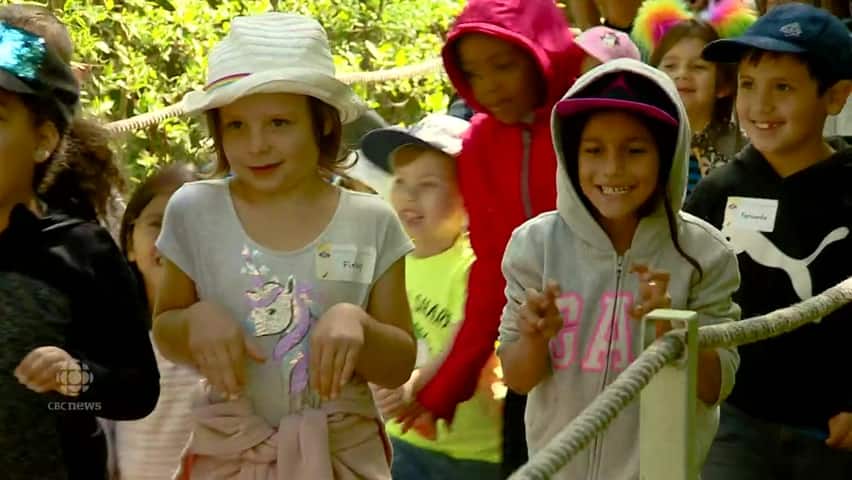 'The surprise and the shock on the kids' faces'

Suess has been with the park since day one when the dinosaurs were flown into the forest by helicopters, and through a decade of growth.

"Everything is about evolution, everything is about change," said Suess, pointing to the 18-hole mini-golf course, new playgrounds and picnic areas and a doubling of attractions to 60, which includes ice-age creatures, insects and birds.

Andie Hrenchuk guides a school tour along a wooden boardwalk back in time.

"There are so many kids that we just spark that interest in for dinosaurs," Hrenchuk, co-manager of the park, said.

Hrenchuk's favourite part is seeing the shock and surprise on the kids' faces as the creatures come to life.

"People hear robot dinosaurs and they expect something kind of simple- or hokey-looking and when they see a 40-foot T-rex roaring and crushing other dinosaurs, they are just really excited."

For more on Jurassic Forest and thirty other staycation ideas you can catch Our Edmonton Saturday at 10 a.m., noon on Sunday and 11 a.m. on Monday on CBC TV.