The premier-designate told the CBC’s John Archer that people have told him they wanted new leadership in the province. 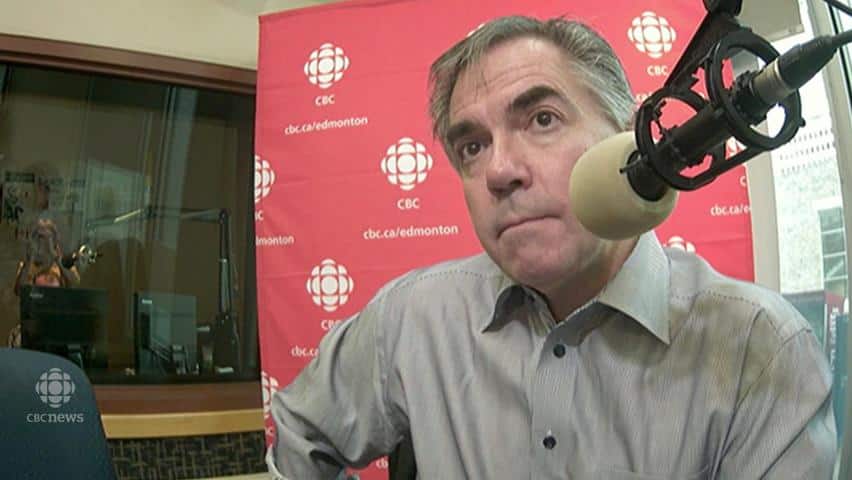 RAW: Jim Prentice on Edmonton AM

6 years agoVideo
6:14
The premier-designate sits down for an interview with the CBC's John Archer 6:14

Alberta Premier-Designate Jim Prentice still isn’t ruling out the idea of appointing unelected people to his cabinet, although he says that no decisions have been made.

Prentice told the CBC’s John Archer in an interview on Tuesday’s Edmonton AM that he was told during the Progressive Conservative leadership campaign that they wanted new leadership in the province.

“That’s going to entail some new people,” he said. “I’ve been very clear that I intend to recruit people like that who are fine people who believe in public service as a calling.”

“It’s permissible under the Westminster system, and I don’t see that it’s an option that should be ruled out at this point.”

One of those people could be former Edmonton mayor Stephen Mandel, who is part of Prentice’s transition team.

When asked about Mandel, Prentice repeated how much he admired him.

“I hope that he is still interested. I hope that he has still got the fire and wants to do it. I certainly encouraged him in that way.”

Prentice said that he will likely be sworn-in as Alberta’s 16th premier on Monday. However, he was less definitive about when he will seek a seat in the legislature.

“Forthwith,” he said. “As quickly as is possible.”

As for where, Prentice said that he prefers to run in a riding where he has a home, which would be north of the Bow River in Calgary.

He says that discussions are still underway about whether that will happen.

Prentice won the leadership of the governing PC party in a landslide first ballot victory on Saturday night, taking 17,000 of 23,000 votes cast.

ON MOBILE? Vote in our poll here