Jim Prentice's cabinet: who's in and who's out?

Prentice will be sworn in as Alberta’s next premier at 1 p.m. MT Monday at Government House, where he will also introduce a new, slimmed-down cabinet — one of the first major steps in defining his government.

Jim Prentice will be sworn in as Alberta's next premier at the Government House Monday at 1 p.m. MT 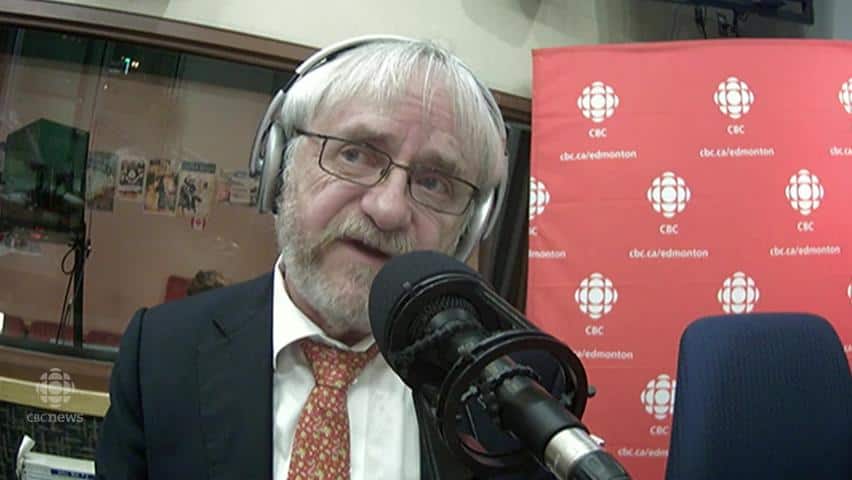 6 years agoVideo
6:55
Paul McLaughlin talks with Edmonton AM about who might be in the new cabinet and what Prentice must do to restore trust in his party 6:55

When Jim Prentice became Alberta's premier designate, he vowed that a government under his leadership would win back support from Albertans who lost trust in the Progressive Conservative party after Alison Redford’s controversial time in office..

Prentice will be sworn in as the next premier at 1 p.m. MT Monday at Government House, where he will also introduce a new, slimmed-down cabinet — one of the first major steps in defining his government. CBC News will livestream the event.

“Given the past disappointment with the Redford regime, I think voters are looking for Prentice to establish himself, present his program and personnel, and set a direction for the province,” said Chaldeans Mensah, a political scientist at MacEwan University.

“His first major challenge coming up is to appoint the cabinet, and I think that will really define his era in terms of whether Albertans can trust him and his party with power when we go into the campaign [in 2016.]”

'A new core of MLAs' expected

Prentice will have to consider more than just geography, experience, background and gender when appointing cabinet ministers to his caucus.

“I think the initial area of concern is how he handles the cabinet stalwarts of the Alison Redford era,” Mensah said.

Mensah predicted Finance Minister Doug Horner, Health Minister Fred Horne and unsuccessful leadership contenders Thomas Lukaszuk and Ric McIver could be left out of the new cabinet if Prentice wants to set a new direction for his government.

“If he wants to present himself as the new man with a new set of personnel and a new direction, then he needs to be tough, which would mean some of these individuals will have to give way to a new core of MLAs,” Mensah said.

“He cannot populate his cabinet with a number of these names from the Redford era. He needs to break clean to gain the credibility of Albertans.”

“He certainly has a core group of people that he can bring into a smaller cabinet to get his goals accomplished,” Mensah said.

Michael Lohner, a principal of the Canadian Strategy Group who has previously worked on provincial Conservative campaigns, said the way Prentice restructures and shrinks the government will be key.

“Do you see a new department? Do you see a merger of a couple departments? Do you see some of his priorities that he campaigned on come forward as stand-alone ministries?” he said. “There are lots of possibilities.”

Speaking to CBC News last week, Prentice would not rule out the possibility of appointing unelected people to his cabinet.

Many have speculated that former Edmonton mayor Stephen Mandel could get a cabinet position, despite not holding a seat in the legislature — particularly after interim Premier Dave Hancock announced his resignation as MLA of Edmonton-Whitemud on Friday.

Mandel worked with Prentice while he was mayor of Edmonton and Prentice was a federal minister. He endorsed Prentice for the PC leadership in June, saying “we need someone at the helm of this province who will bring great vision and great opportunity for us all.”

Unless Prentice opts to appoint multiple unelected people to cabinet, Mensah said it would not affect internal government unity, given the overwhelming support he received in the leadership vote.

Lohner said that because Prentice is coming into power midway through a government term, he is in a unique situation in terms of selecting his cabinet.

“Prentice didn’t run in a general election here. He didn’t have the opportunity to help select his caucus — he’s inheriting whoever was elected in the 2012 campaign,” Lohner said.

Lohner said Prentice may have "unique needs" that only can be filled by appointing someone outside of the current elected government caucus.

While appointing the cabinet is an important step, Prentice still has a long way to go in terms of rebuilding the trust of Albertans.

“Really, naming a cabinet does not rebuild trust,” Lohner said. “Naming a cabinet simply chooses the team that you’re going to ask to lead the process of government.

“It doesn’t achieve the objective — actually governing does. It sets the stage, sets the tone and sets the standards that you’re going to put in place.”

Mensah said the Prentice era is just beginning and it is one that will offer him the opportunity to break free from the failures of the past,."

“He needs to set in a new direction that really eliminates the old culture of entitlement and he needs to bring in a team that will win the confidence of Albertans,” Mensah said.

Ultimately, Albertans will be the judge of whether the Prentice government will stick around past 2016.

“People are going to be counting on implementation, performance and a sense that this party has changed its culture and its approaches,” Mensah said. “Otherwise this current phase of reinvention is not going to be convincing.”

CBC News will livestream the swearing-in starting at 1 p.m. MT on Monday.