Alberta is putting a temporary hold on the first dose of COVID-19 vaccinations in order to ensure it has enough vaccine to provide a second dose to people who have already received their first shot, Premier Jason Kenney said Monday. 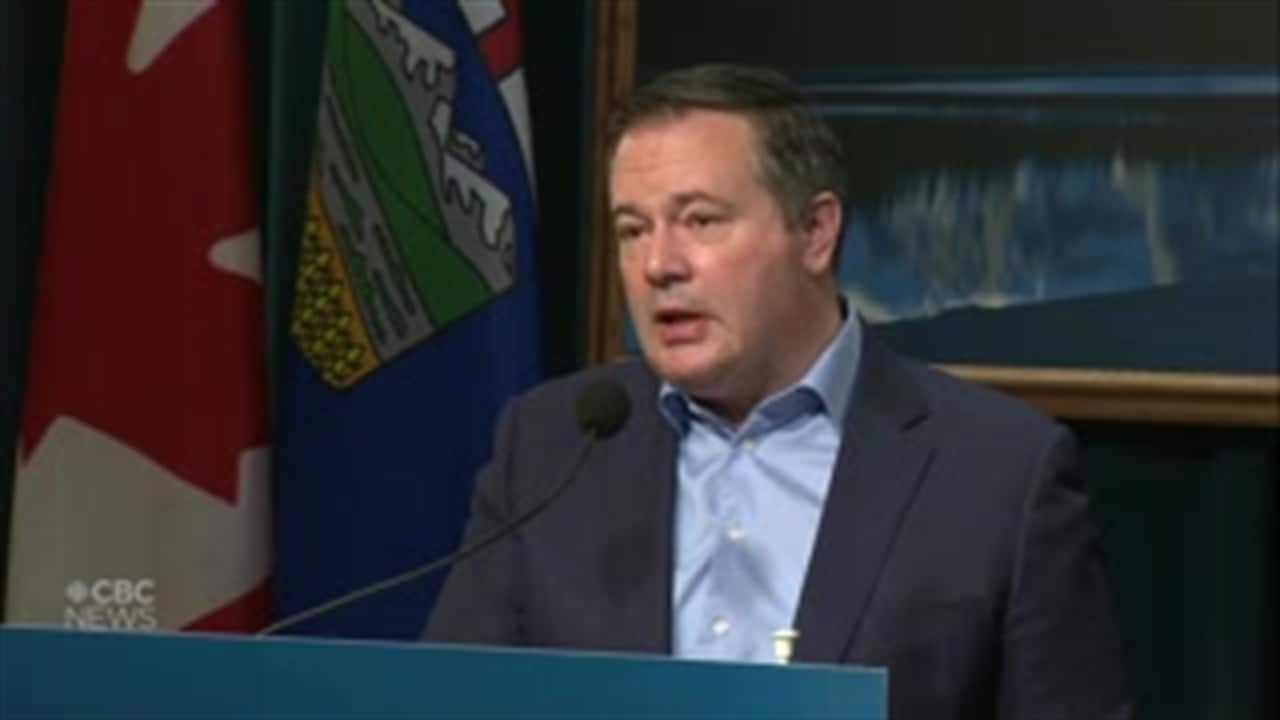 Alberta has "quite simply run out of supply" of COVID-19 vaccine, says Alberta Premier Jason Kenney

1 month ago
0:52
Appointments for Albertans to get their first dose of the COVID-19 vaccine being paused to ensure supply for second doses, says Premier Jason Kenney. 0:52

Alberta will run out of COVID-19 vaccine today or early Tuesday because of the supply disruption announced by the federal government last week, Premier Jason Kenney said Monday.

The premier told a news conference that the province is putting a temporary hold on the first dose of COVID-19 vaccinations to ensure it has enough vaccine to provide a second dose to people who have already received their first shot.

"Second-dose appointments will not be cancelled, and we believe that we could administer second doses to all those who need them within the recommended time frame."

The federal government announced on Friday that shipments from Pfizer, one of two vaccine manufacturers approved for use in Canada, will be reduced until mid-February.

Pfizer recommends the second dose of its vaccine be administered 21 days after the first.

On Jan. 12, Alberta's Chief Medical Officer of Health Dr. Deena Hinshaw said Alberta Health is extending the interval between first and second doses from three or four weeks, as it had been doing, to as many as 42 days so as many Albertans as possible get the protection of those first doses.

Kenney said Monday that Alberta has administered 90,000 doses so far. First doses have been given to staff and residents at every long-term care and designated living facility in Alberta, he said.

"It will take longer to complete immunization of the priority health-care workers who are currently part of Phase 1," Shandro said.

"It will also delay our ability to start immunizing all seniors over the age of 75, regardless of where they live and all Indigenous seniors who are 65 years and older."

The Pfizer vaccine supply has been temporarily slowed because the pharmaceutical giant is cutting production to upgrade its manufacturing capacity at its facility in Belgium. The reduction affects every country receiving vaccines from the facility.

Over the weekend, federal Procurement Minister Anita Anand said on Twitter that she had been in touch with Pfizer and had been assured the company is "deploying all efforts" to return to its regular delivery schedule as soon as possible.

Anand also said shipments for this coming week will be largely unaffected.

Danielle Larivee, first vice-president for the United Nurses of Alberta, said the news is disappointing but she is happy that the province has placed a priority on completing second doses.

She said Alberta Health Services can now spend some time fixing notification issues that prevented eligible health-care workers from signing up for vaccinations. Many workers either didn't receive the link to sign up, or they received a link that didn't work.

"So as soon as the vaccine lands there, they're ready to roll and ready to roll without all the bumps that there were last week," Larivee said.

Kenney had spoken previously about the possibility of Alberta procuring its own supply of vaccines. On Monday, he said the federal government has exclusive contracts with eight pharmaceutical companies so Alberta would have to look for supply elsewhere.

"Right now that's somewhere off in the distance, because none of those other companies have yet gone through phase three trials, nor have they applied for or obtained approval by Health Canada," he said.