In a year end interview with CBC News, Rod Knecht says 2012 was a year marked by too many shootings in our city. 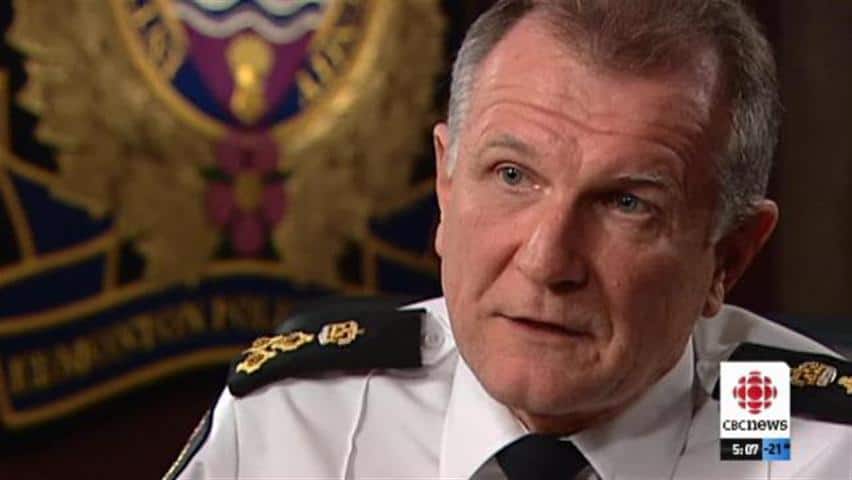 8 years agoVideo
2:56
In an interview with CBC's Janice Johnstone, chief Rod Knecht says the last year was marked by too many shootings, but praised the way the force has handled crime. 2:56

Edmonton’s police chief says 2012 was a year marked by too many shootings in our city - including the triple homicide during an armed robbery at the University of Alberta.

"It was a terrible thing for the families and the survivors and  as well as our members.  The scene was quite traumatic for them," said Rod Knecht.

Three guards were killed while making a cash delivery to one of the ATMS in HUB Mall, allegedly shot by another employee of the security company where they worked.

A fourth guard survived and is now recovering.

Knecht considers it the low point of 2012 - but says he’s proud of the way his officers responded to the call, and believes if it hadn’t been for proper police training, the other guard would not have survived.

"And a lot of it we have to attribute to him.  His strength ... and the fact that he called out and guided our folks appropriately to the location.  We were able to get him out very, very quickly."

As for the high point of the year, Knecht says he is proud of the way officers used the Christmas season to build stronger ties with the community.

"Our homicide folks went around and gathered a bunch of money from everybody.  One of the guys dressed up like Santa Claus and delivered a bunch of presents to some needy kids.

And then the west division folks - again, a family that was in dire need.  [They] collected furniture, clothing, all kinds of things and completely furnished a house for a needy family."

Knecht says the EPS faces a challenging year in 2013, especially when it comes to its budget.

"I understand.  The city's got a lot on the go.  Doing a lot of things and we want to be an equal partner in all of that.  And we want to participate and we'll share in the pain like everybody else," he said.

Knecht says building relations and keeping police morale up top his list of priorities going into 2013.

They'll treat the community better and they'll do better investigations and at the end of the day the community's the beneficiary of a healthy and well trained police service. "

Knecht is a third of his way through his contract with the police.