Edmonton 'horse girl' jumps into pages of Ripley's Believe It or Not!

A young Edmonton woman has earned international acclaim for an unusual skill. Ava Vogel, 17, can perfectly emulate the movements of a horse.

Emulating horse movements is a full-time hobby for Ava Vogel

A gallop. A canter. Even the dainty trot of a dressage mare.

A young Edmonton woman has earned international acclaim for an unusual skill. Ava Vogel, 17, can perfectly emulate the movements of a horse.

And her "weird talent" has the decidedly bipedal girl jumping like a horse into the pages of Ripley's Believe It or Not!

The publication — which details people and events so bizarre that readers might question the claims — scouted Vogel and her jumping talent for its latest edition, which hit store shelves this week.

Vogel spends her days galloping through her backyard on all fours.

Her specialty? Show jumping. She can leap over vertical beams more than one metre high. 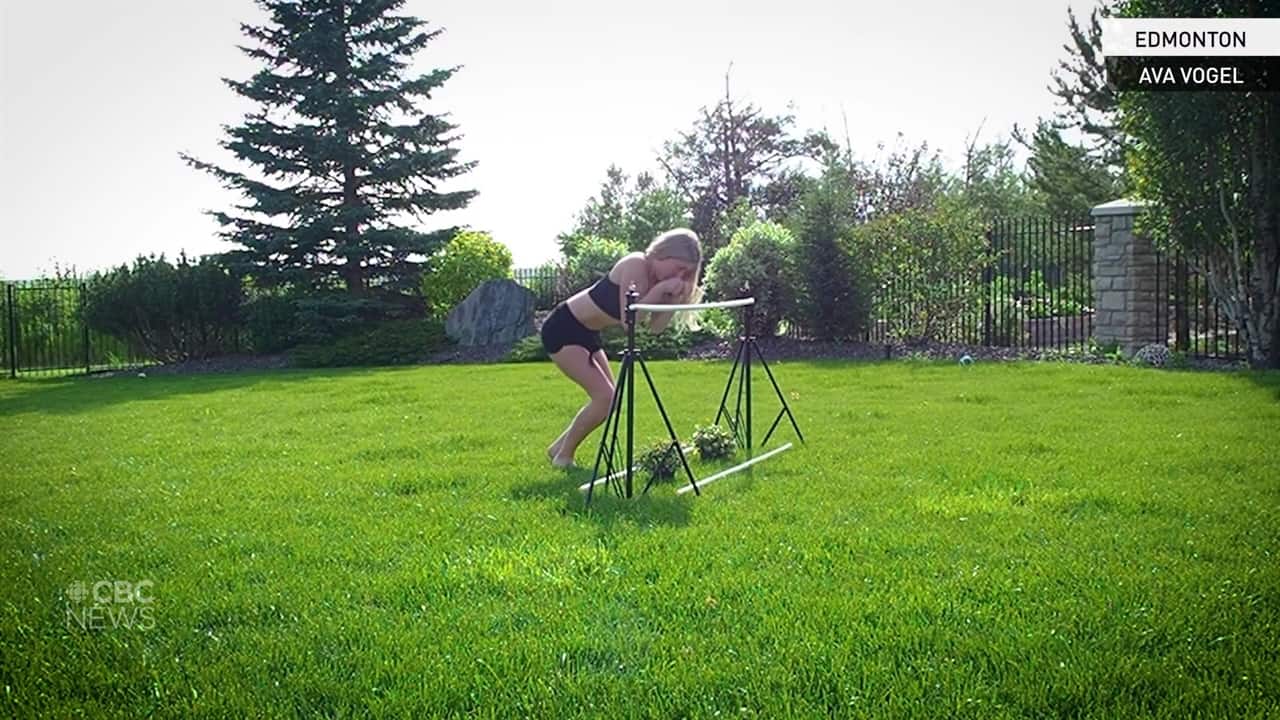 2 months agoVideo
1:02
Ava Vogel taught herself how to jump like a horse, a talent that’s drawn the attention of Ripley's Believe It or Not! 1:02

She leaps over each obstacle — picnic tables, poles suspended from cinder blocks — her body remaining vertical as her hands hitch up like hooves.

"I jump around and I gallop around on all four legs and try to mimic a horse as best I can," Vogel said in an interview Wednesday with CBC Radio's Edmonton AM.

'It took a lot of training and repetition'

At first, she filmed herself clearing obstacles on two legs like a hurdler, but in 2017, inspired by videos she found on Instagram and TikTok, she changed tack.

She relied on her previous experience in the saddle.

"I would look at actual videos of horses and I rode horses myself so I figured out how the horse moved and I would transfer that over to the human skeleton to figure out how I could apply that to myself," Vogel said.

"It took a lot of training and repetition to be able to build up the proper muscles and a lot of stretching so my wrists were strong enough to handle the impact."

While unusual, Vogel is not the only one horsing around on the internet. "Horse girls" like her have gone viral for their videos. The trend gained popularity with Ayla Kirstine, a Norwegian girl who amassed more than eight million views on her most popular horse-jumping video.

Vogel has since trotted into the hearts of fans across the globe, compiling thousands of views on her videos and garnering attention from websites including Buzzfeed and Daily Mail.

The online community of "jumpers" is tight-knit and supportive, Vogel said.

"I saw other girls online who did it and I was so interested in it," Vogel said. "It looked so unique and so fun and I've been doing it ever since.

"For me, it's just a form of exercise; it's a great upper-body workout and I've made so many friends all across the world over the internet. It's a whole little community of us out there."