Wildlife contractors in Leduc are using paintball guns and service dogs to condition coyote behaviour. It's called hazing, and it's only recently been introduced in Alberta.

Bill Abercrombie pauses on the walking path encircling Telford Lake in Leduc, Alta. It's a hot spot for the local coyote population, and the city has reported a spike in sightings over recent weeks.

As he kneels down to point out the tracks, the paintball gun slung over his shoulder scrapes the snow.

"These tracks here are dead fresh," he says.

Abercrombie has been monitoring coyotes for the City of Leduc for 25 years as a contracted wildlife consultant. But this winter is the first time he's brought a paintball gun on patrol.

It's a key piece of an emerging model of coyote control in Alberta — hazing.

Abercrombie shoots clay pellets at aggressive coyotes who are encroaching on the residential edges of Leduc. The pellets don't break bone, but hurt enough to send a message to the coyote: don't approach humans.

"All we're doing is we're giving pushback on behalf of the humans that live here too," he said. "They have to learn to respect us while we try to coexist with them."

Abercrombie and his company, Animal Damage Control, monitor coyote hotspots, identify problem animals and use hazing to condition their behaviour. Combined with public education efforts -- from reporting sightings to to sealing garbage cans —the model tries to prevent human-wildlife conflict before it happens.

"Coyotes are here to stay," Abercrombie said. "So we need to find a way to deal with that effectively and responsibly and sustainably. And we think this is the best model that we have."

Colleen Cassady St. Clair, an expert in human-wildlife conflict, has been studying urban coyotes for the past decade out of the University of Alberta. She said cities across Alberta started to shy away from lethal control about 15 years ago.

But coyotes got bolder, she said, and sightings increased in places like Edmonton and Calgary. St. Clair then started to mention hazing, or aversive conditioning as it's known in academic circles, to civic officials in Alberta about eight years ago as a solution.

Denver, the first North American city to adopt the model in 2009, reported an 85 per cent drop in coyote sightings in the first year of the program, without using lethal control.

Calgary was the first city in Alberta to try it last spring, according to St. Clair, with Abercrombie's crew carrying out the work. 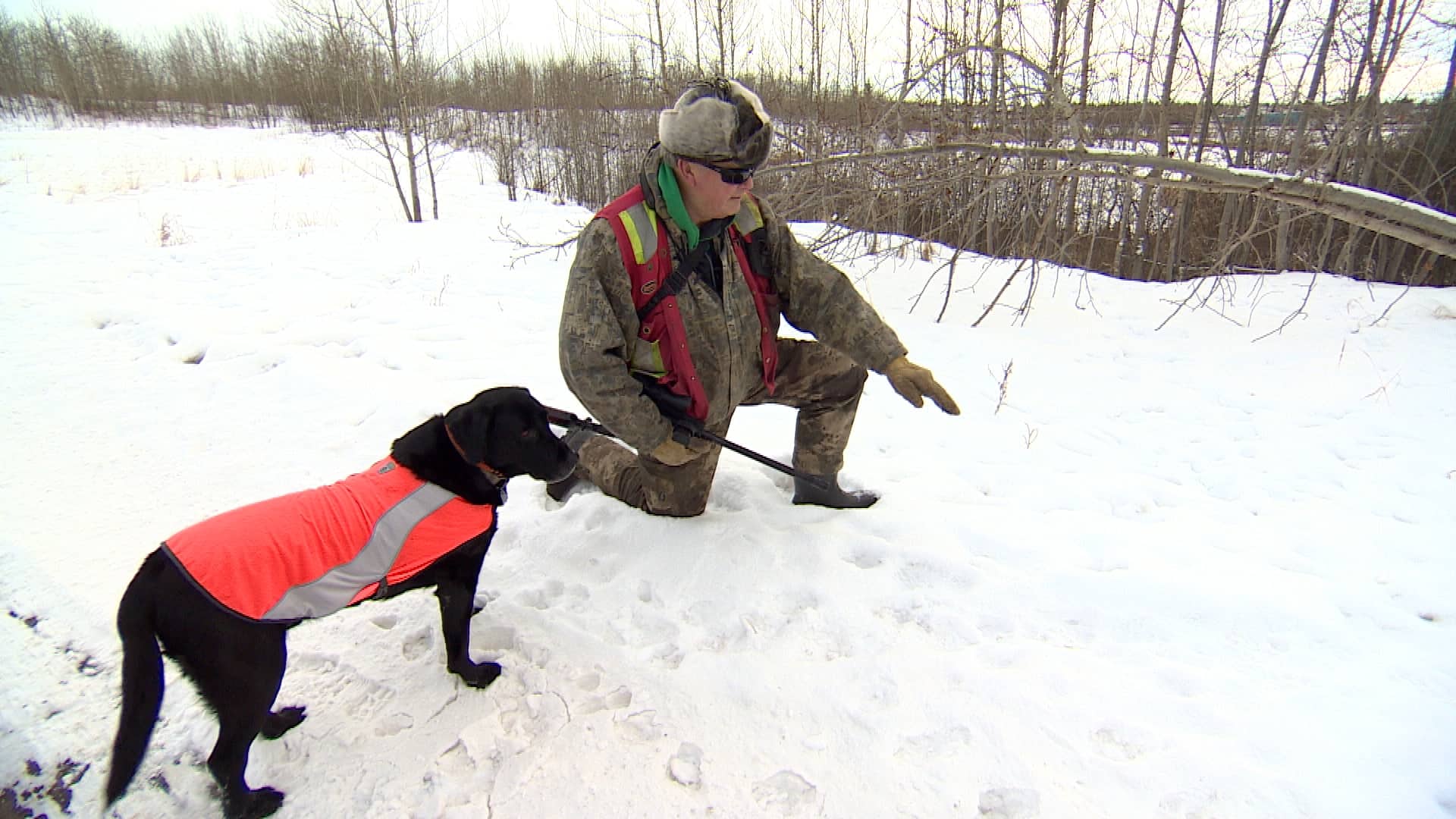 'The focus is coexistence'

2 years ago
1:20
Bill Abercrombie of Animal Damage Control patrols walking trails in Leduc hazing coyotes in effort to make them wary of humans. 1:20

"It seemed to work remarkably well," she said. "They had a remarkable decrease in the rate of reporting in a couple of key neighborhoods after they started hazing or aversive conditioning in the coyotes that were being very bold in those locations."

One tool in the toolbox

But St. Clair said hazing isn't, and shouldn't be the only tool in the proverbial toolbox.

"Public education will remain super important, especially how important it is not to feed coyotes, or any wildlife. That always ends badly," she said.

St. Clair added that cities should still consider using lethal management on coyotes that demonstrate extreme aggression. She referred to a coyote attack on a six-year old boy at a festival in Airdrie last month, a city that recently introduced hazing.

"Nobody wants to take chances like that," she said.

Back in Leduc, the city anticipates it will take about two weeks of hazing before the coyotes are relocated.

While its early days for the model in Leduc, longtime resident Pat O'Greysik expressed support for the idea.