An outreach group in a northern Alberta city is taking on the high rate of opioid overdoses with weekly 'naloxone blitzes.' 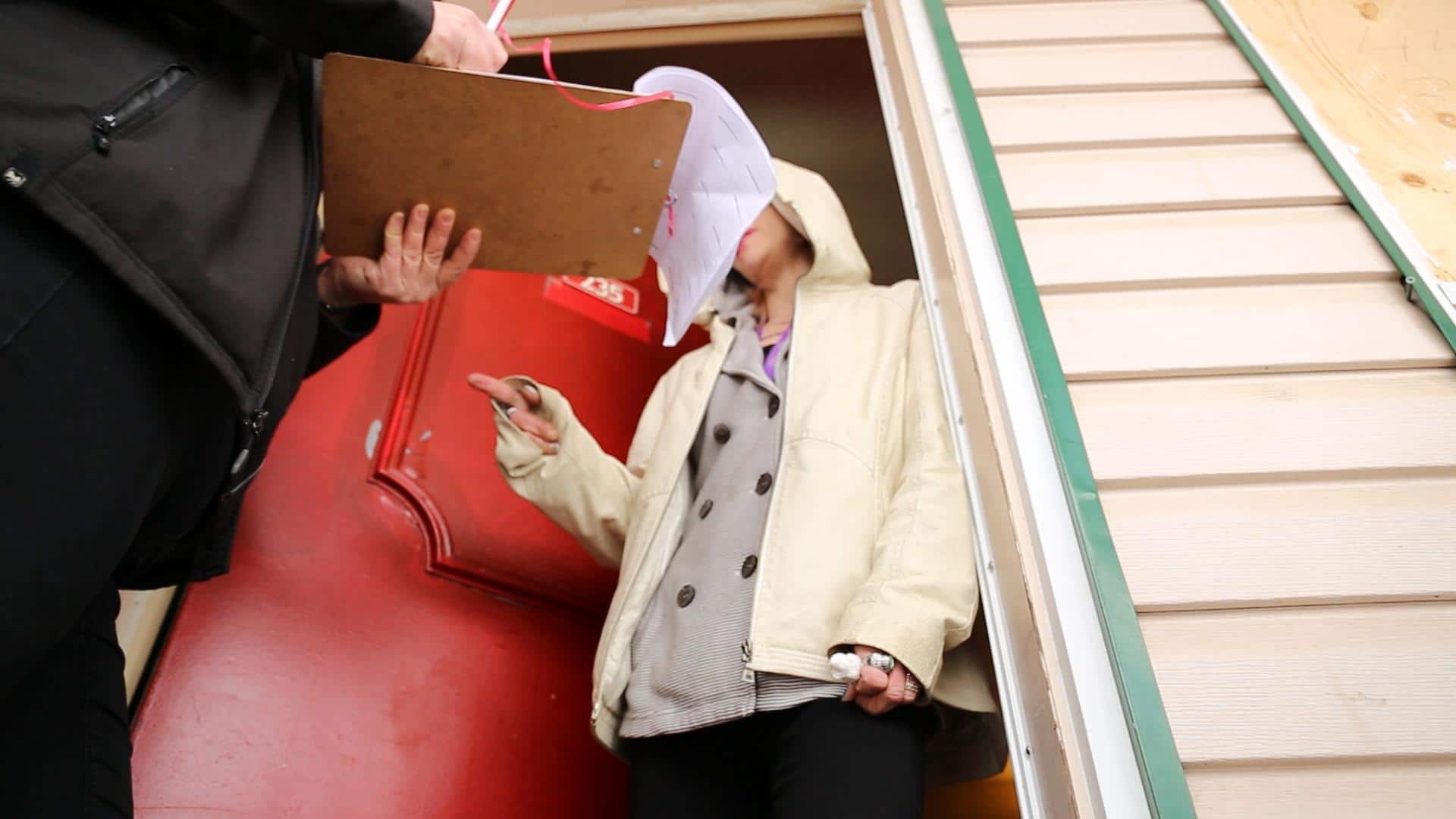 'We had to take drastic measures'

3 years ago
2:25
An outreach group in Grande Prairie, Alta., is taking on the high rate of opioid overdoses in the city with weekly 'naloxone blitzes.' 2:25

When it comes to getting life-saving naloxone into the hands of people in crisis, a Grande Prairie outreach group isn't waiting for individuals to come and pick up a kit.

HIV North, a non-profit organization, is fighting the opioid crisis in Grande Prairie with weekly naloxone blitzes, dropping off as many as 100 kits each week at homeless shelters or at a local motel frequented by drug users.

Mary lives at the motel and says she uses naloxone at least once a week to help her friends. She asked that her last name not be used.

The community wouldn't be able to cope without the kits, Mary said.

"Straight up, people would be dead," she said. "That's devastating. Devastating. I don't want to think about it. These are my friends."

Red naloxone labels flash from behind half a dozen windows at the motel. The drug can reverse the effects of an opioid overdose.

Jessica Chalus, a naloxone nurse with HIV North, said most rooms are stocked with three or four kits. She also leaves a stack with the owner of the motel.

The group launched its naloxone blitzes in December 2017, after four of its clients overdosed in one day. That afternoon, staff from HIV North handed out more than 60 kits, Chalus said.

"That kind of brought us to the realization that we had to take drastic measures," Chalus said. "We just knew that it was a growing need."

Every week since, they have visited the motel as well as local homeless shelters to give naloxone and other supplies to anyone who asks for help.

​"We knock on every single door and we just work our way down until we've hit every single room, making sure everybody's OK."

Fentanyl is a synthetic opioid that is 100 times more powerful than morphine. Three or four grains are enough to kill an adult, the report states.

Northern Alberta had the second highest rate of fentanyl-related overdose deaths in the province in 2017, with nearly 12 deaths per 100,000 people.

The organization orders naloxone from Alberta Health and has handed out another 64 kits in the first three weeks of 2018, Chalus said.

Nine of the people who accepted a kit from HIV North this month reported they used the drug to save someone's life.

"Naloxone is distributed to a wide variety of people, it's not just distributed to people that may be street engaged," Chalus said. "The opioid crisis is touching everyone."

Whenever she gives a naloxone kit to someone, Chalus takes the opportunity to talk about addictions resources and recovery, she said.

​"There's a lot more to it than just naloxone," Chalus said. "There's a lot of significant mental health, a lot of trauma underlying the substance use and the addictions that we see.

"We really want to get to the root cause and we believe that with the harm reduction approach and fostering those relationships that we can promote healthy lifestyles."

The kits can be difficult to use, she said, especially in a high-pressure situation involving drugs or alcohol.

For instance, if someone's hands are shaky they can accidentally trigger the retractable needle on a naloxone syringe and waste the dose.

Chalus knows the group can't stop people from abusing drugs, but she believes they are making a dent in the city's opioid death rate.

Of the people who accepted naloxone from HIV North in Grande Prairie between 2015 and 2016, more than 150 reported they have successfully used the drug on themselves or another person.

The organization will continue to order and distribute the life-saving drug for as long as it is needed by drug-users, Chalus said.

"We want them to know that there are people who care about them, regardless of their drug use," she said.

"We want to offer them that open door into services. If they're ready for treatment, if they're ready to make changes in their life, we want to be there to support them through that process."