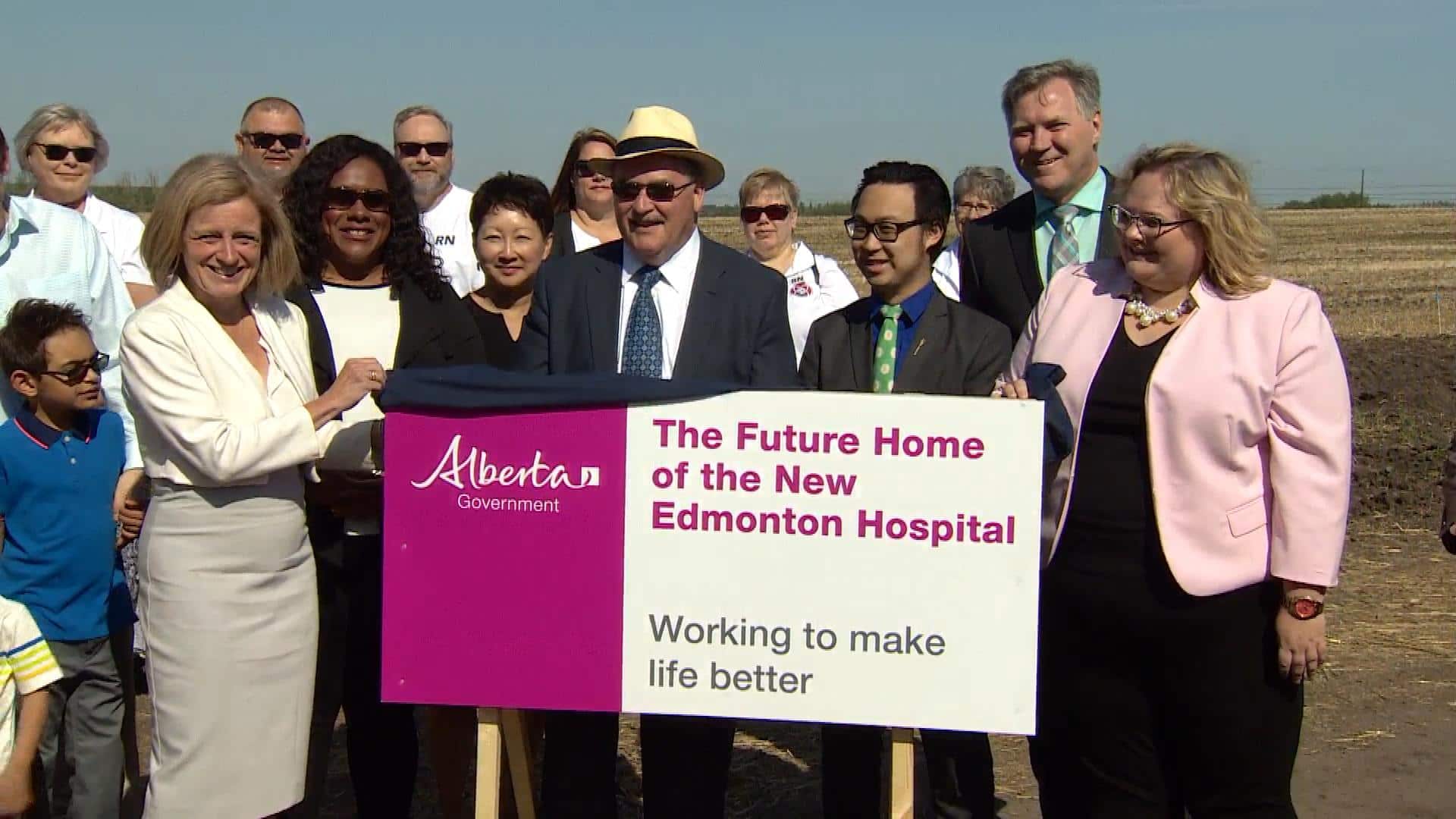 A new hospital in Edmonton's southwest will be a "state-of-the-art" facility built to hold from 350 to 500 patients, says Alberta Premier Rachel Notley.

Notley, Health Minister Sarah Hoffman and Infrastructure Minister Brian Mason announced details of the new hospital in a Tuesday morning news conference from the new facility's confirmed location on a parcel of Crown land near Ellerslie Road and 127th Street.

The hospital is intended to ease pressure on Edmonton's aging Misericordia Hospital and serve the city's rapidly expanding southwest neighbourhoods.

The 320-acre site was chosen because it can accommodate a health campus, has easy access to Anthony Henday Drive and the Queen Elizabeth II Highway, said Mason. LRT planning includes expansion to the site before 2040.

Notley said the facility is "badly needed" in the capital region.

"A new hospital hasn't been built in Edmonton in more than a generation," Notley said. "The need for a new hospital is growing and we need to be ready to meet that need."

The province plans to break ground on the facility in late 2020. Construction will be completed in nine years, but planning and development has already begun.

The location was chosen, in part, for its proximity to rapidly growing southwest neighbourhoods and the city's planned LRT expansion, Notley said.

The Alberta budget allocated $400 million over four years to begin construction of the new facility, but completing construction is expected to cost considerably more.

"I'm excited that Alberta Infrastructure will lead the construction of the first hospital to be built in Edmonton in over a generation," said Infrastructure Minister Brian Mason.

"This will be one of the largest and most technologically advanced health facilities in the city, and is an example of the kinds of infrastructure investments our government is making to make life better for Albertans."