Edmonton homeowners are buying into the tiny homes and garden suites in a big way.

Edmonton homeowners are buying into tiny homes and garden suites in a big way.

Since 2011, there have been nearly 350 permits issued for the additional living spaces.

Katelyn and Marvin Onaba can't get enough of the garden suite that's currently under construction in their backyard.

The 650-square-foot bungalow is about halfway done. It was initially built to help the family with additional income, but the pandemic changed those plans and now Katelyn Onaba's parents are moving into the space.

"We are super happy about it because we got kids here and it will be nice to have grandparents around, my brother lives down the street so it'll be nice to have family around," said Onaba, whose parents currently live in Minnesota.

The Onabas aren't the only ones building a garden suite in their backyard. Other neighbours on their street in the community of Woodcroft are doing the same.

"There's some really big lots around here, there's a couple of others in the neighbourhood so, it's a nice neighborhood for suites because we have the alleys and big lots," added Onaba.

The Onabas new garden suite will have a living room, kitchen, laundry room, washroom, storage space and one bedroom.

It will also have an outdoor living space, including a deck and pergola.

The modern layout boasts vaulted ceilings, with a multi-level roof on top.

The Onaba's garden suite was designed by Space Squared and built by Timber Haus Developments.

The Edmonton home builder is known for its infill and custom home construction, but seven years ago, garden suites started taking off, and the company's vice president, John Wilson says he took note.

Wilson says his company has built garden suites that are being used for all kinds of purposes.

"Lots of people love the neighborhood that they grew up in and don't want to leave to go to a long-term care facility," said Wilson.

Wilson says he's seen garden suites used for everything from home-based businesses, to places where people can downsize to while renting out their main home to someone else.

"It's been really neat seeing the garden suite gain traction throughout Edmonton," said Wilson, who estimates half their business is putting up the backyard homes.

Relaxed rules have helped the company transition its business, which Wilson says wasn't the case when the tiny homes started going up in 2011. 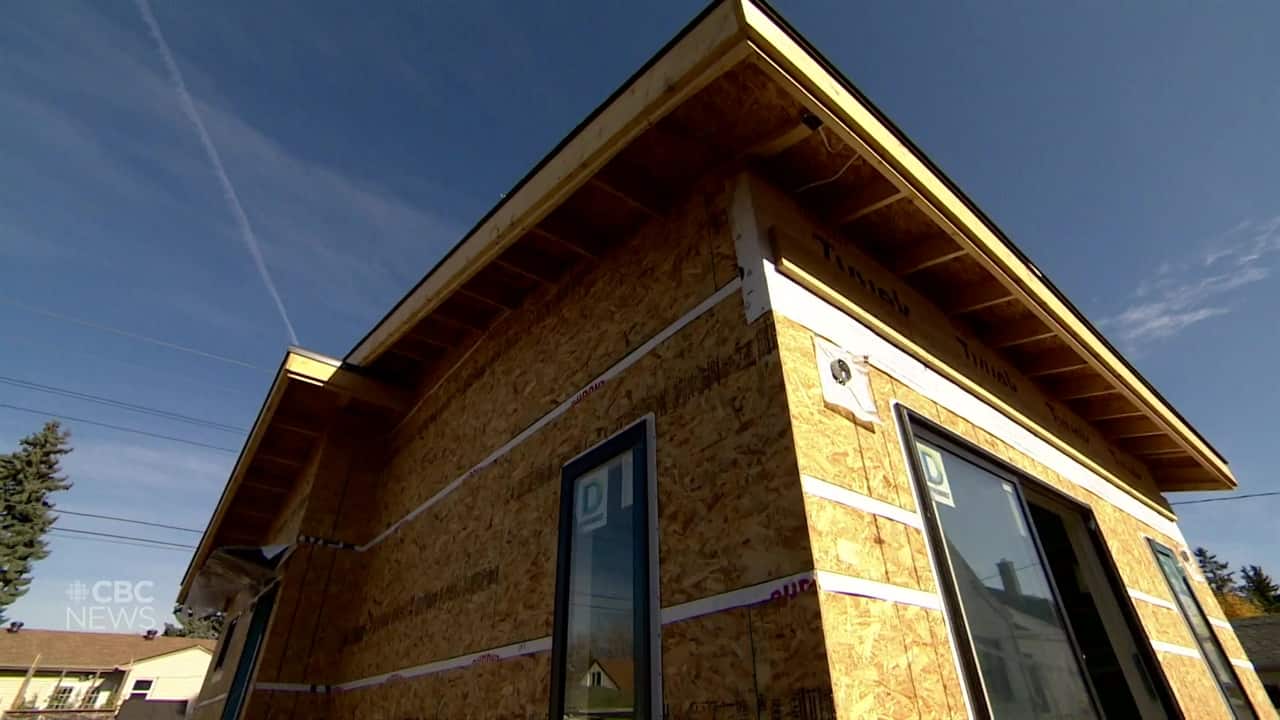 2 months agoVideo
1:41
Small and separated from the main home, garden suites are used for short-term rentals, small businesses or a home for aging parents. 1:41

Wilson says initially the suites were only allowed to be built on corner lots and specific lots that were big enough, but the rules changed in 2015.

"Organizations like YEGarden Suites have helped to change the rules so it's permitted on most lots in Edmonton," added Wilson. "We're discovering that adding garden suites makes a healthier demographic in a neighbourhood."

"People can afford to live in mature neighborhood easier because they can supplement their mortgage, through renting their garage."

In the neighbourhood of Westmount, 25-year resident Paul Cote has already got plans drawn up for his suite.

Cote and his partner eventually plan to live in the unit once they retire.

"The pandemic was definitely part of the equation," said Cote, who works as a corporate interior designer.

He says COVID-19 and the economic downturn in the province have led him to invest in income housing.

"My partner and I don't have children and we want to grow old here."