Live streams and video recording of funeral services weren't popular options for grieving families. but some funeral directors say the service may be here to stay.

Gathering restrictions in Alberta have prompted funeral homes to offer friends and families more options for remembering loved ones.

Live streams and video recording of funeral services weren't popular options for grieving families before the restrictions but some funeral directors say the services may be here to stay.

On Jan. 8, the family of Donna Burkholder held her funeral service near Tofield, Alta. Due to the COVID-19 restrictions, only 10 people could attend in person.

It made for a tough decision for the family.

"How do you pick which family can come to a family member's funeral? So we didn't have my children or my little brother's children," said Lorne Burkholder, Donna's son.

"That's going to be the loneliest moment ever you're going through."

Working with family members, community members and the funeral home, the family held a service with 10 people beside the casket outside Salem Mennonite Church.

A minister led the services, while nearly 100 vehicles filled the parking lot and lined a neighbouring road. People in the vehicles listened to the service as it was streamed over an FM transmitter.

Their presence meant a lot to the family. Lorne Burkholder described it as a touching moment that made him feel like he was surrounded by people who loved his mother.

"You just feel the love and the support," he said. "You're going through a hard moment and when you're mourning and they're showing their support and their love to you, they're caring and they want to honour my mom."

Video of the service was posted on Weber Funeral Home's website along with Burkholder's obituary.

It's an example of one of the many ways funeral homes have helped families to reach more people during the pandemic.

Some have offered options for live video streaming and video production services, and even encouraged family members to record funeral services themselves.

Through most of December and January, only 10 people were allowed to attend a funeral in person, though on Monday the province raised that number to 20. Funeral receptions are still not allowed. 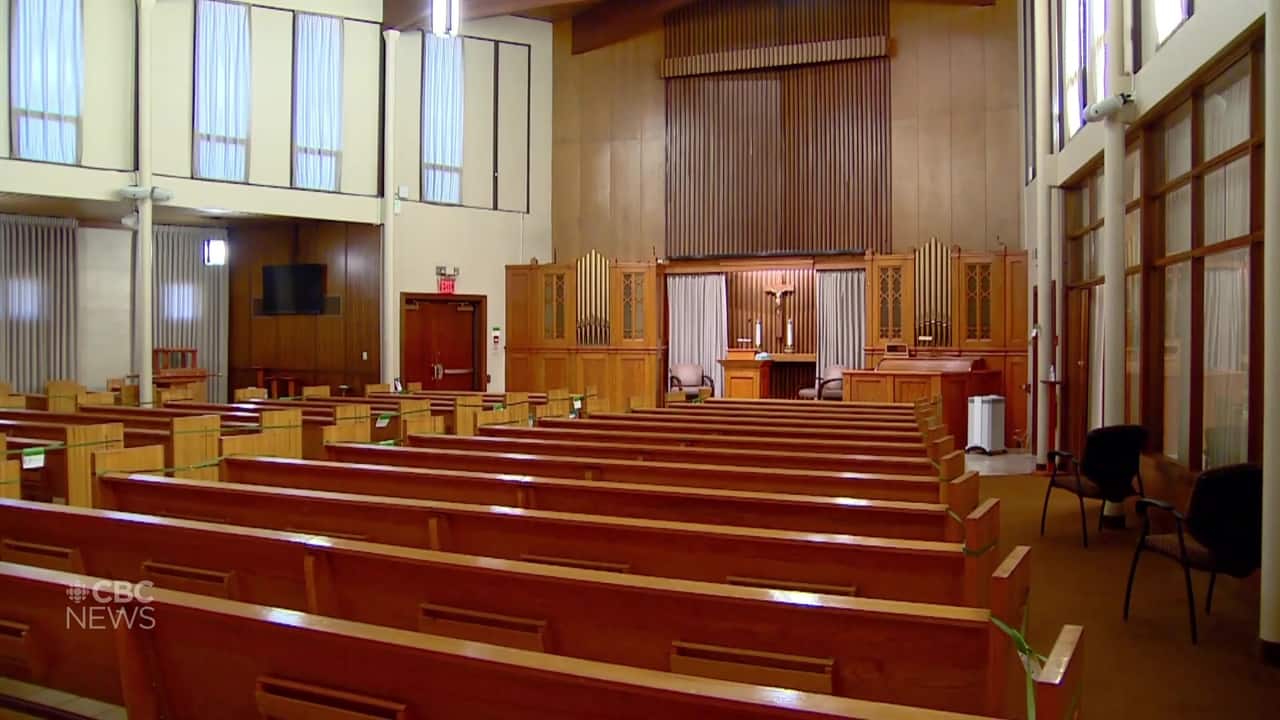 Funeral homes in Alberta change with the times

1 month agoVideo
2:12
As provincial restrictions keep changing, so do the services offered by Alberta funeral homes. Some funeral directors expect video and live streaming to continue to be a popular option post-pandemic. 2:12

Tyler Weber, president of the Alberta Funeral Service Association, said some funeral homes could help with video requests prior to the pandemic, but with strict gathering restrictions it was necessary to offer the option to families faced with deciding who could attend the service in person.

"That was extremely heartbreaking to see as a funeral director and for families to have to endure throughout this time," Weber said.

While Weber doesn't expect to drive-by funeral services to become a permanent fixture after the pandemic ends, he does see interest for video recordings or live streams to continue to be a part of funeral services. But he still expects attendees to prioritize being there in person.

"There's no substitute for being present, for actually physically being there and to have the ability to actually look someone in the eye and give them your condolences," he said. There's no camera good enough to replace that."

Park Memorial Funeral Home in Edmonton used to see only one or two requests each month for video streaming or recording. Now it's happening for every second or third funeral.

Kirstie Smolyk, Park Memorial's president, said the idea of live streaming a funeral service wasn't something grieving families were interested in and it may not have seemed appropriate for some.

"I think people have been reacting to the changes of using live streams," Smolyk said. "I would say people were uneasy about live streaming funerals before, but now, because we haven't had a choice, people are certainly becoming more comfortable with it and I think that's a very good thing."

She, like Weber, also expects that service to continue to be offered in the long term.