Warm temperatures continued in Edmonton on Tuesday with a high of 9 C, but it’s the freeze-thaw cycle that creates more work for city road crews and concrete cutters.

'We've got a lot of projects on the go,' concrete worker says 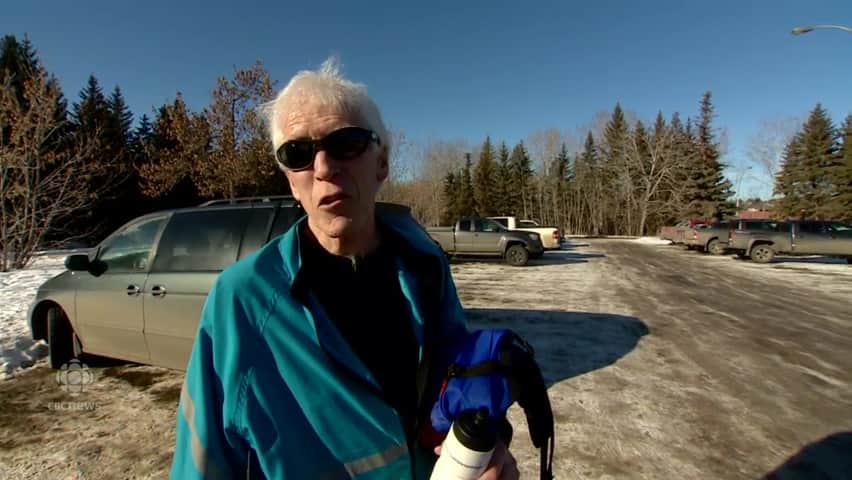 Warm weather is putting a thaw on outdoor activities

4 years agoVideo
1:02
Near record temperatures draws people outdoors to enjoy the snow and ice before it melts. 1:02

Warm temperatures continued in Edmonton on Tuesday with a high of 9 C, but it's the freeze-thaw cycle that creates more work for city road crews and concrete cutters.

With a wet, melted layer on the frozen pond at Hawrelak Park, close to a hundred skaters took advantage of the weather that was more fitting for wearing a sweater than a heavy winter jacket.

"We're such an indoor town, so to have all this nice warm weather, it's a good break."

The warm temperatures create a change of plans for Edmonton's road clearing crews. On Tuesday, their plows sat in the garage while their steam rollers revved up to flatten pothole filler.

"With the freeze-thaw cycles that are occurring and the amount of moisture on the roads, and depending on what the temperature gets to in the evening, the potholes tend to pop up overnight," said John Potter, the city's acting superintendent of operations for roadway maintenance.

"We switch over pretty seamlessly when that happens."

Above zero temperatures have so far this season been followed by the usual cold temperatures — a normal cycle for Alberta winters.

Concrete crews assist in the repairs. They cut through the concrete, allowing Epcor workers to get to the busted water main.

Once it gets cold again, Trevor Goertzen, a general manager with Derrick Concrete Cutting and Construction, expects the late night emergency calls to start.

"We'll be watching the phones for those," he said. "It's usually water lines. We get the calls when the water lines get broken."

As many Edmontonians take advantage of the warm weather that follows a freeze, Goertzen just wishes the weather was more consistent.

"I'd like it to thaw and be done with or to be frozen and be done with. For our business, the in between stuff doesn't work for us, because you can't make a solid plan."