Fort McMurray has been sealed off for days, but members of the media boarded a bus Monday and were escorted by emergency vehicles into the fire-ravaged city, even as helicopters continued to drop buckets of water on the trees along Highway 63. 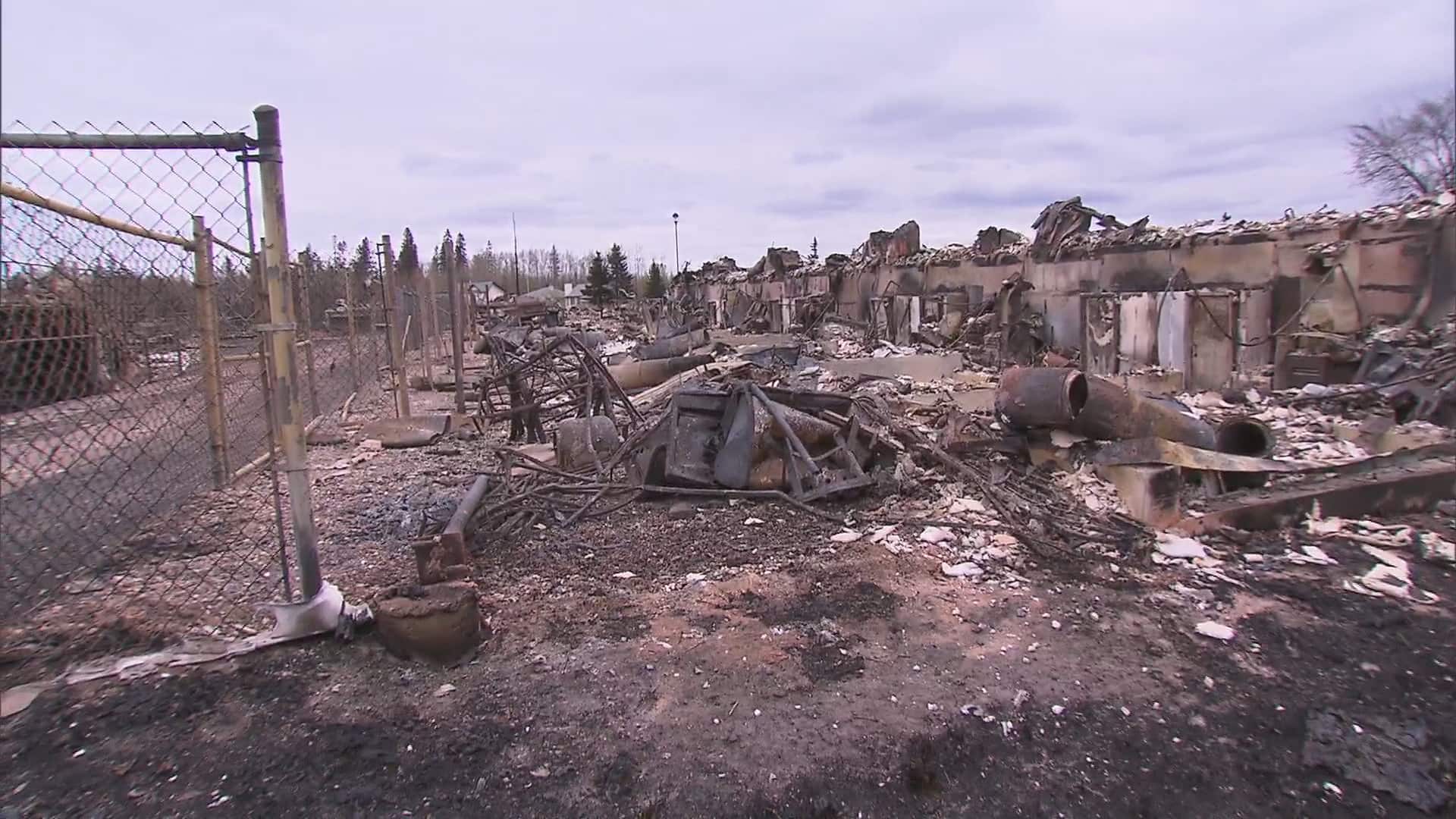 Surveying the damage in Fort McMurray

5 years ago
0:53
CBC'S Briar Stewart is in Fort McMurray witnessing the aftermath of the wildfires 0:53

Fort McMurray has been sealed off for days, but members of the media boarded a bus Monday and were escorted by emergency vehicles into the fire-ravaged city, even as helicopters continued to drop buckets of water on the trees along Highway 63.

Smoke hung in the air as the convoy travelled down Highway 63 and into the city amid blackened, smouldering forest.

Dozens of vehicles have been abandoned, some along the shoulder of the southbound lanes, while others have been left stranded in a ditch.

Before entering the city, Darby Allen, the regional fire chief of the Rural Municipality of Wood Buffalo, told reporters that despite some scenes of devastation, about 85 per cent of the buildings in this community have been saved. Other officials said it could be as high as 90 per cent. On Tuesday night when the fire tore into town, he had thought half the town might be lost.

Darby Allen says about 85 percent of the buildings in Fort Mcmurray were saved <a href="https://t.co/qQXcoZcqxI">pic.twitter.com/qQXcoZcqxI</a>

Beacon Hill, a once pleasant neighbourhood that borders the forest, has largely been reduced to charred grey ash.

Not much of the homes remain except for the concrete foundations and driveways. Allen said Beacon Hill was one of the first places the fire hit, and firefighters were overwhelmed.

With little water and not enough resources to make a difference, Allen said a decision was made to retreat and save what they could elsewhere.

Allen pointed to a charred slope where firefighters were able to hold the fire at bay.

He said that if they had lost the battle there, the whole downtown might have been lost.

Next stop on the tour was the subdivision of Abasand, where a section was destroyed by the fire.

beacon hill. Many homes have been incinerated. <a href="https://t.co/sdVYjdSjK8">pic.twitter.com/sdVYjdSjK8</a>

Amid the debris was a blackened bicycle and a barbecue that probably once sat on a deck, now surrounded by ash and blackened metal.

While the damage in some neighbourhoods is devastating, it is also clear that much of the city was saved.

Apartment buildings and hotels remain standing, along with many of the neighbourhoods not on the media tour.

This is a city heavily damaged but not destroyed, and a community that can rebuild.