Alberta’s premier says Fort McMurray will rebuild after 2,400 structures were damaged or destroyed by a powerful wildfire — but Rachel Notley was also quick to caution people to stay away from the city, which is still dealing with hot spots, power outages and the wreckage and devastation brought on by the blaze. 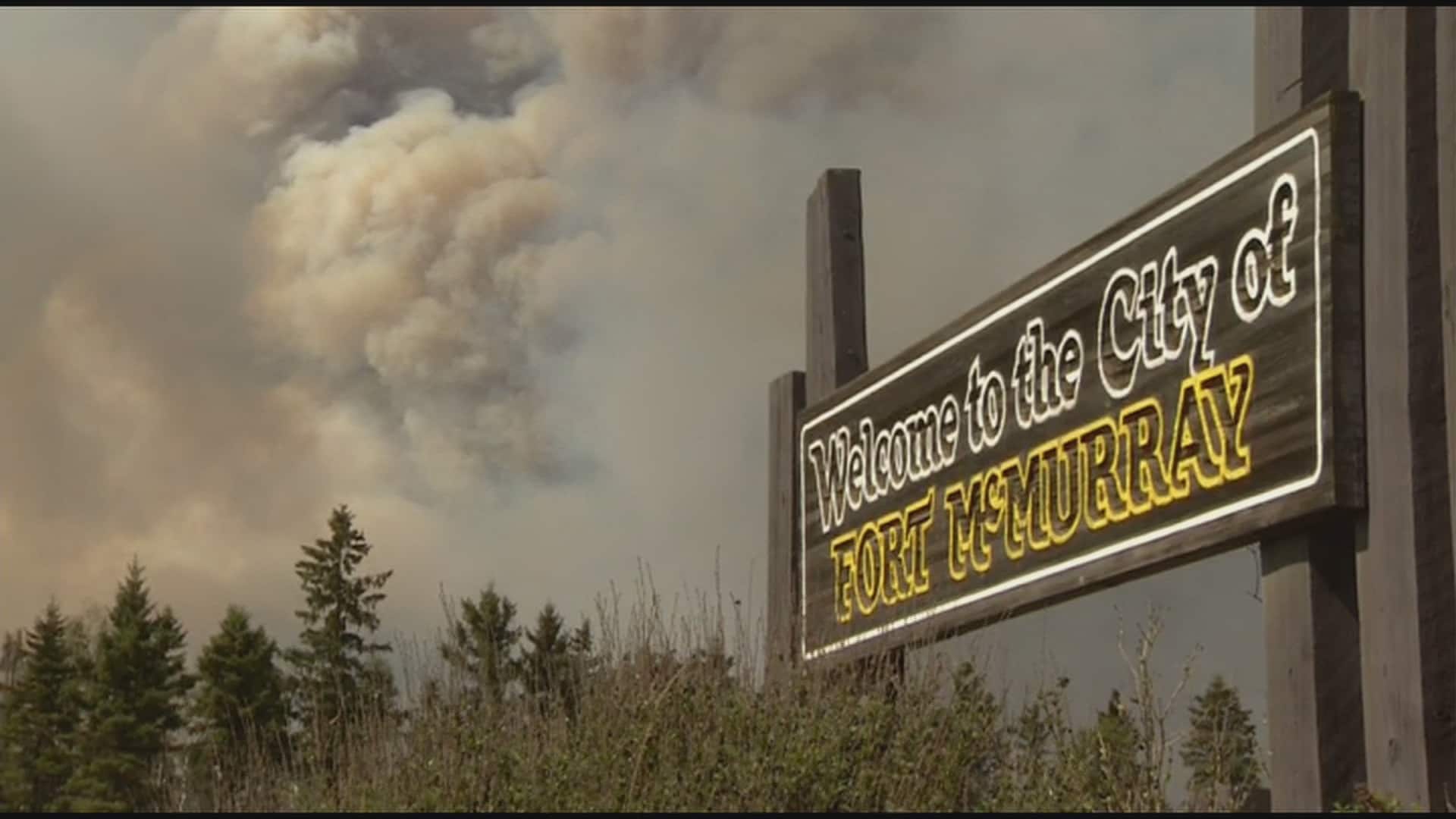 4 years ago
2:37
Members of the media boarded a bus and were escorted by emergency vehicles into the fire-ravaged city 2:37

On the eastern bank of the Clearwater River, the battle to save downtown Fort McMurray raged for 12 solid hours.

In the end, the wildfire burned to the water's edge. And there, firefighters won perhaps their most significant victory in a long and heartbreaking campaign to save as much as possible of Alberta's oilsands city.

"The fire was stopped there," Fire Chief Darby Allen said, as he pointed to the charred trees on the steep riverbank during a tour through the city on Monday afternoon. "If that fire had got down into the downtown, we would have lost the downtown."

Allen has led the ground war against the massive wildfire that forced tens of thousands of people from their homes last week. On Monday, he led a bus tour through the streets of the city. He was joined by Premier Rachel Notley, and Mayor Melissa Blake, and members of the media from across Canada and from other countries.

"The city was surrounded by an ocean of fire only a few days ago," Notley said at a news conference after the tour. "But Fort McMurray and the surrounding communities have been saved. And they will be rebuilt."

beacon hill. Many homes have been incinerated. <a href="https://t.co/sdVYjdSjK8">pic.twitter.com/sdVYjdSjK8</a>

On its way through the city, the bus followed, as closely as possible, the route the fire took as it swept into the city last Tuesday. The tour served as a  stark reminder of just how powerful a wildfire tearing through tinder-dry forest can be, and how powerless human beings can be to stop it.

Early in the tour, the bus drove past Beacon Hill on the south side of the city, one of the first residential areas to burn after the fire leapt the Highway 63. Once a neighbourhood with about 700 homes, there is little left now but ash and charred cement.

After a trip through the downtown, the bus climbed a hill into the Abasand neighbourhood.

On street after street, where homes once stood, where children once played, where big shiny pickup trucks were once lined up in the driveways, there was nothing but rubble. Cement foundations, blackened fridges and stoves, the burned hulks of cars and trucks with the glass and tires melted away.

In all, about 2,400 homes and buildings burned in the fire, either completely or partly destroyed. But there were many victories as well. Firefighters saved about 25,000 buildings, which is believed to be 85 to 90 per cent of the city.

"Fort McMurray is still alive," said Allen, who knows this fire as well as anyone, and often refers to it as "a beast" or "an animal.

Notley called the tour "quite overwhelming," and said she was struck by the sight of burned homes that sat so close to others untouched by the flames

"It reinforced to me how much work and how much success was achieved over the last few days by those heroic firefighters," she said.

All Albertans, the premier said, are incredibly grateful to the men and women who saved the city.

People urged to stay away

Notley again emphasized that Fort McMurray is a long way from being habitable. There are large portions of the city that have no electricity, no gas, no water.

"First responders and repair crews have weeks of work ahead of them to make the city safe," she said. "I'm advised that we will be able to provide a schedule for return within two weeks."

So it will be that long, at least, before residents who did not lose their homes will have a clear idea of when they can return to them.

The fire now covers 204,000 hectares and is growing more slowly than it was over the weekend and last week. It is still some 25 to 30 kilometres from the Saskatchewan border.

About 700 firefighters are on the scene, with another 300 on the way.

After a tour of her near-empty city, Blake said Fort McMurray's critical infrastructure remains intact and more than 1,500 people are already working to make the city liveable again.

Allen then took his turn before the microphone, drew a deep breath and blew it out.

"I truly believe nothing else could have been done that wasn't done to protect the people and the structures within our city," he said.

He offered three examples of the heroes who fought to save as much of the city as possible. One was a local firefighter who found himself fighting, along with his crew, to save his own house.

"They lost his home," Allen said. "He didn't drop his nozzle. He moved to his neighbour's house and continued to fight that fire. And he fought that fire for a further 22 hours before he just couldn't stand anymore."

He mentioned Dale Bendfeld, acting director of community services and policing for the municipality. Allen said one night last week, the fire suddenly made a surge toward the small town of Anzac, south of Fort McMurray.

"With a couple of people and a flashlight, and making some phone calls, he evacuated 450 people in two hours. That is true heroism, ladies and gentlemen."