Moccasin Flats is the story of how at least 12 Indigenous families were evicted or relocated from a Fort McMurray riverside community in the late 1970s to make way for a city expanding feverishly to accommodate oilsands growth. 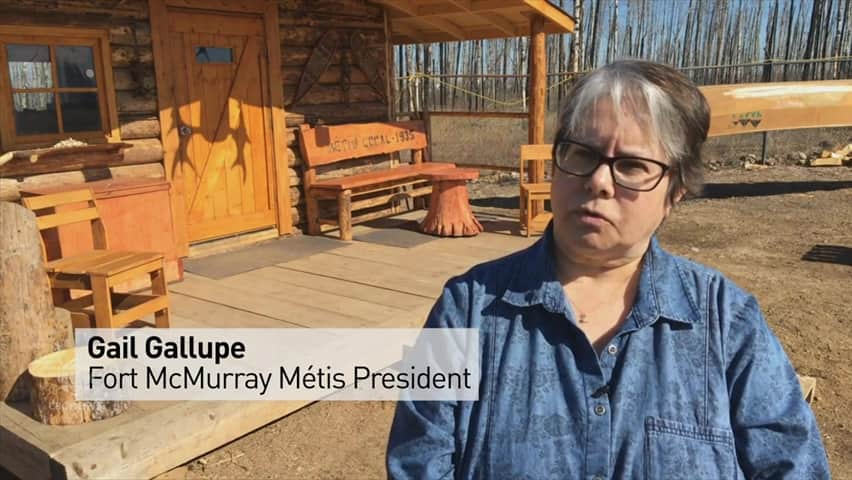 'There was so much discrimination and so much racism'

3 years agoVideo
1:04
Moccasin Flats is the unresolved story of how at least 12 Indigenous families were evicted or relocated from a Fort McMurray riverside community to make way for a city expanding feverishly to accommodate oilsands growth. That history still pains Fort McMurray Métis President Gail Gallupe. 1:04

Moccasin Flats is the unresolved story of how at least 12 Indigenous families were evicted or relocated from a Fort McMurray riverside community in the late 1970s to make way for a city expanding feverishly to accommodate oilsands growth.

"It was really a dirty deed," Gallupe said. "To be ignored and to be treated so shabbily in those days. There was so much discrimination and so much racism."

On Monday, the Fort McMurray Métis local announced it will commission an academic study that aims to clarify details of the contentious removal of the predominantly Métis settlement for oilsands development.

The study's authors, Tara Joly and Hereward Longley, hope to answer questions like how many families lived there, how many were evicted, the circumstances for those evictions, who was responsible, the reasons why and what happened to those removed.

"We have a decent sense of what happened loosely," Longley said, "But the social, cultural and economic impacts on the community are not clear."

Moccasin Flats was an historic Indigenous settlement that was home to some of the region's Métis, Cree and Dene peoples living along the Snye and Athabasca rivers.

Participate in the Moccasin Flats study

If you, your family or friends lived at Moccasin Flats or have firsthand knowledge of the evictions at Moccasin Flats please contact the McMurray Métis 780-743-2659 or reception@mcmurraymetis.org or via Facebook.

It was in the 1960s when the pressure of urban development reached the settlement's doorstep.

The province and city wanted to build a bypass and sewer line. Then oilsands giant Syncrude, through a developer, wanted to construct a highrise building to house employees.

In an article in the Aug. 11, 1978, edition of the Fort McMurray Today, Moccasin Flats residents said they weren't only being pushed out, they were victims of racism.

In that same issue of the newspaper, the residents were described as "Snye squatters" who lived in a "shanty-town community."

The construction workers who built the apartment, and residents who eventually lived in Syncrude Towers or River Park Glen, harassed the Indigenous neighbours, a spokesperson for Moccasin Flats told the newspaper.

"(One resident) said when the highrise was under construction, workers threw pieces of cement and iron rod at the Snye settlement," the Today reported.

"(She said) she and other residents of the area have suffered continual verbal abuse form highrise dwellers, and many times she has gone outside only to be met with jeers and name-calling," said the article.

On Jan. 22, 1979, it was reported in the local newspaper that the city demolished buildings in the area after relocating six families.

Several families still remained in Moccasin Flats but were evicted on May 14,1981.

'This was an injustice to Métis people'

At the time, city officials argued those residents in Moccasin Flats didn't historically live there and the city obtained the necessary legal documents to remove the residents who it considered to be squatters.

But Longley, in the initial stages of his research, has found some in the historic Indigenous settlement lived there year-round while others came and went freely during the seasons.

"Moccasin Flats is an historically important Indigenous space," he said. "It is not necessarily (a question) whether people lived there year-round because a lot of people worked traplines in the winter and then would come back to town in the summer for wage employment."

When contacted by CBC News, the Regional Municipality of Wood Buffalo did not provide any comment about the  actions of the city at the time. Also, Syncrude declined to do an interview, saying the highrise buildings that displaced the Indigenous community were developed by a third party.

The municipality is currently reviewing how it can implement the calls to action of the Truth and Reconciliation Commission to repair years of systemic racism Canada's Indigenous people have faced.

Gallupe said she hopes one outcome of the new research will be an apology, ``the acknowledgement that this was an injustice to Mé​tis people.

"We are really looking for some sort of reconciliation with the municipality."