RCMP in Fort McMurray are investigating after derogatory graffiti was left on a sign outside an Islamic centre that’s still under construction.

RCMP in Fort McMurray are investigating after derogatory graffiti was written on a sign outside an Islamic centre that's still under construction.

Wood Buffalo RCMP spokesperson Cpl. Terri-Ann Deobald said police received a number of calls about the graffiti, including a formal complaint from the municipality, around 9 a.m. Tuesday.

'This is not just about Muslims'

Imam Abdurrahmann Murad of Fort McMurray's Markaz-Ul-Islam mosque said when he first learned about the defaced sign on social media, he thought it was fake.

"Initially I was in disbelief, I thought it was photoshopped," Murad said. "But then when I read the comments on Facebook, I was surprised and shocked." 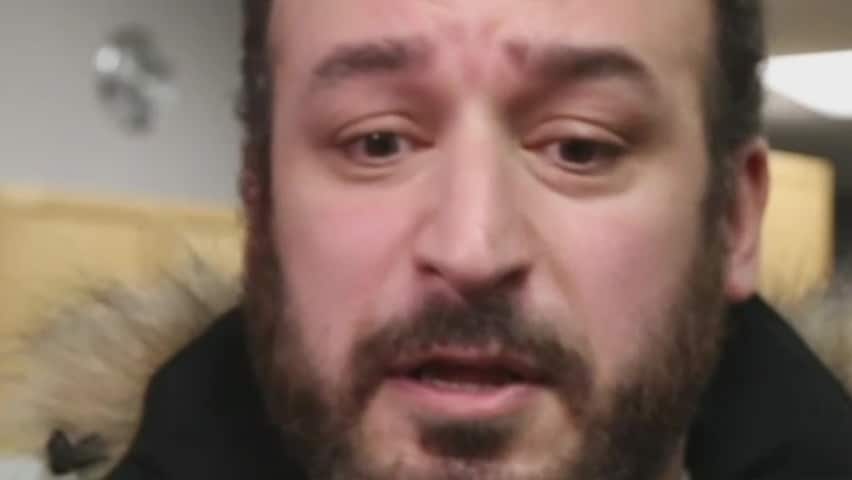 'I was surprised. I was shocked' Fort McMurray Imam says

3 years agoVideo
0:50
Fort McMurray's Islamic community and residents are shocked a sign outside a future mosque was defaced. RCMP in Fort McMurray are investigating after derogatory graffiti was left on a sign outside an Islamic centre that’s still under construction. 0:50

Standing with Murad during an interview with CBC News, Pastor Robert Parmenter of the McMurray Gospel Assembly said the the graffiti was an insult to all religions in Fort McMurray.

"We want to show a united front that this is not just about Muslims," Parmenter said.

The municipality of Wood Buffalo said staff immediately went to the location and cleaned up the graffiti.

"We are disappointed to see this take place in our community," Hardiman wrote in an email. "However, we are confident that a spirit of inclusivity and respect will continue to guide how we treat each other as neighbours."

'Disgusted' by the graffiti

He turned his car around, took a couple photos and immediately called the municipality's 24-hour hotline, saying he was "disgusted" by the graffiti.

"The person who did this clearly doesn't understand what this area is about," Garcin said. "Although it could be perceived as hate, it really shows the ignorance of a few people."

Garcin condemned the graffitti and said he wants the Fort McMurray Islamic community to know that he and many others welcome them.

The Fort McMurray Islamic Centre is currently under construction. When it's finished, the complex will feature a mosque, recreation centre and pool. When it's complete, the Islamic centre will be the largest in North America, Murad said.

The RCMP is appealing to anyone who witnessed the vandalism or has surveillance or dash-cam footage of the incident to come forward to police.