Friday's convoy ride through the still-smoking heart of Fort McMurray was "like driving through a war zone," Marisa Heath said, with whole streets of her hometown burned to cinders.

By 3 p.m. MT Friday, about 1,200 vehicles had moved through Fort McMurray, with many more to follow 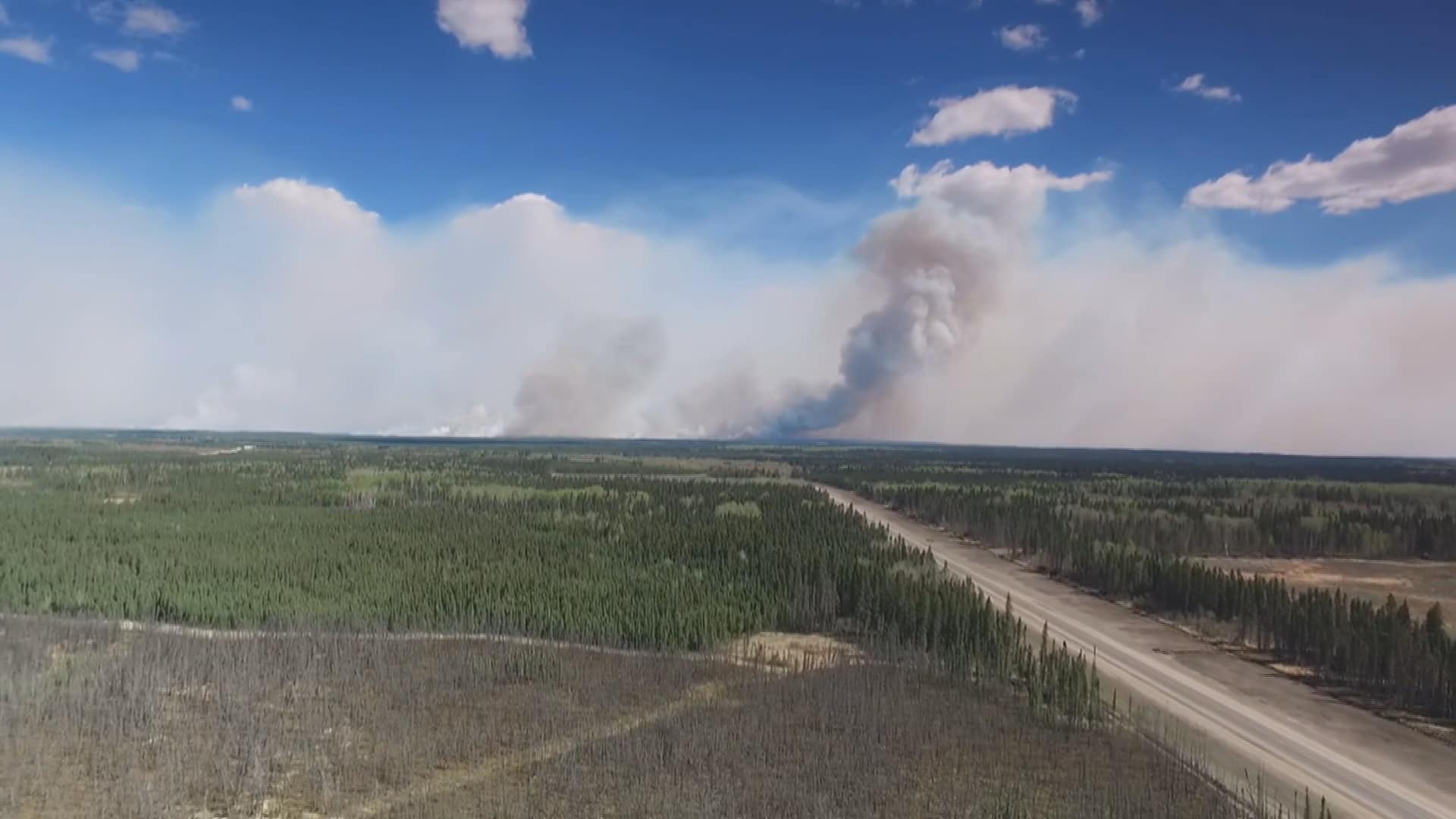 Fort McMurray convoy from above

5 years ago
0:51
Drone aerial footage shows the scope of what evacuees and fire crews are up against 0:51

With whole streets of her hometown burned to cinders, Friday's convoy ride through the still-smoking heart of Fort McMurray was, Marisa Heath said, "like driving through a war zone."

"My heart was breaking," said Heath, who was among the first evacuees to see the devastation up close, as convoy after convoy rolled slowly down Highway 63, headed south through the city toward an uncertain future.

"It was nothing but burnt everywhere," said Heath, who travelled with her husband, Darren, along with two dogs, a cat and seven kittens. "It was devastating to see it."

For hundreds of evacuees — thousands by day's end — Friday's convoys offered the first chance to see the burned ruins of a city they had fled just 72 hours earlier.

After three days stranded in oilsands work camps north of the city, thousands of evacuees in cars and trucks were escorted through their fire-ravaged community, with RCMP cruisers in front and behind. They travelled in groups of 50 vehicles at a time, with helicopters on watch overhead. All intersections along the route were blocked by police to ensure no one tried to slip away and disappear into the haze.

To watchers, the convoys may have looked something like funeral processions. When the convoys reached the city, one of the first neighbourhoods they passed was Thickwood, up the hill on the right, where most homes were untouched by the fire.

The convoys crossed the Grant MacEwan Bridge over the Athabasca River, where down to the left was MacDonald Island Park, where the city had set up an evacuation centre early in the week, before that, too, was finally evacuated.

On south they went, with the hills around Abasand to the right and the downtown core to the left.

Then, climbing the hill out of the river valley, they passed Beacon Hill, where hundreds of homes were lost.

Atop the hill they passed the ruined hulk of the Super 8 Motel, and a Shell station and a trailer park that burned to ashes.

South of the airport, once they cleared the fire zone, each convoy was released by police, and from there people were free to continue their journeys to Edmonton or to Calgary, where they will be housed in evacuation centres or bunk with family or friends.
1 of 0

By 3 p.m. Friday, about 1,200 vehicles had moved through the city. Many more will follow.

In all, about 25,000 residents had been stranded north of Fort McMurray after the city was evacuated on Tuesday. Many were sheltered in work camps owned by oilsands companies.

Premier Rachel Notley said about 7,000 of those people left Thursday on flights that took off from oil company runways near two of the camps. The province hoped to fly another 5,500 people out on Friday.

"We've all seen the heartbreaking images taken by citizens travelling through Fort McMurray today," Notley said later in the day. "And there is no doubt the damage is extensive and will take many months to repair."

For Heath, the drive through Fort McMurray and on to Wandering River was, she said, almost like "living in hell, and then being upgraded to heaven.

"It was so nice to see the leaves on the trees," she said, "and the green grass."

With files from the CBC's Marion Warnica