Canadian provinces have seen an increase in fishing permit sales over the summer while Alberta experienced one of the sharpest. 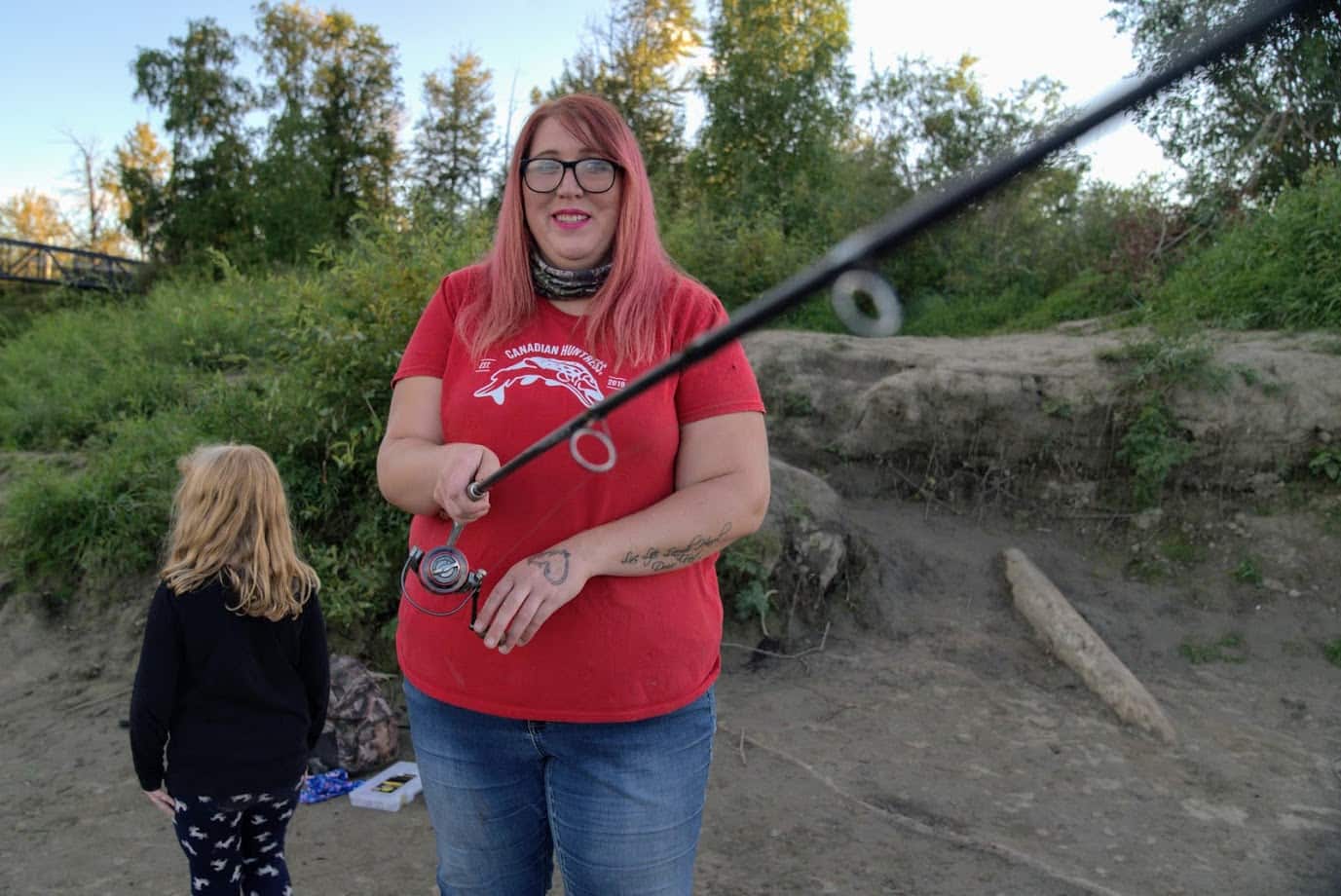 1 month ago
2:15
During the pandemic summer of 2020 more Albertans gave fishing a shot as a way to spend their time. The CBC's Travis McEwan explains. 2:15

Rebecca Anderson sits beside a tackle box in a shady spot along the shore of the North Saskatchewan River in Edmonton. She watches her fishing partner standing in the sun on a rocky peninsula about 20 metres away as he casts the line and reels it in, over and over again.

She would have liked to have gotten far away from Edmonton for a summer vacation but COVID-19 restrictions sunk those plans. So when her partner convinced her to consider fishing as an activity the two could enjoy outdoors together, she purchased her first fishing permit.

As yet, Anderson hasn't caught any fish but her interest remains afloat.

"All luck, I think, but I don't have any experience and that's probably why I think it's hard," said Anderson.

"It's enjoyable. It's relaxing. It gets you out of the house and away from the TV you're constantly sitting in front of. If you go with friends and family, it's good for bonding."

In a summer where COVID-19 restrictions clamped down on many activities and large gatherings, fishing has caught on with Albertans and Canadians.

Small openings along the North Saskatchewan River can be popular spots for recreational anglers as they attempt to catch and release a variety of fish including burbot, lake sturgeon, walleye, goldeye and northern pike.

Deborah Anderson is a relatively new angler who took up fishing a few years ago.

This summer, she has gone fishing almost every day, accompanied by her seven-year-old daughter Emma.

While Emma switches from casting for fish to playing with the bait worms, her mother looks relaxed. She said she uses fishing as a therapy to cope with the stresses of the pandemic, now into its sixth month.

"Fishing allows you to escape that and have your own peace of mind. Lets you self-reflect on things. It's a stress reliever," Deborah Anderson said.

It also gives the mother and daughter an activity that naturally keeps them distanced from other people, and therefore  feeling safe from COVID-19 transmission.

"It's easy to social distance when you're fishing," she said. "I don't want anyone within 10 feet of me, personally. You never know if a hook might get them and it's gonna hurt."

An increase in fishing is evident on the Internet, based on pictures of catches being posted as badges of honour in social media groups and dating apps.

Across Canada, provincial governments have seen an increase in fishing licences purchased in 2020. Alberta and Manitoba lead the pack, each boasting a 30 per cent increase in sales of recreational fishing licences, followed by Ontario at 20 per cent, and British Columbia tied with Saskatchewan at 15 per cent.

To the east, New Brunswick saw its sales up by 12 per cent, while in Quebec there were eight per cent more fishing licences sold.

Alberta Environment and Parks confirms that more than 250,000 licences have been sold so far in 2020. Almost 37,000 of those fishers haven't bought a fishing licence in Alberta before.

At The Fishing Hole, a fishing store franchise with locations across Canada, there's been a "historic" rise in sales as many new customers have shopped in its stores this summer.

"We're finding that obviously with new fishermen, we're having to explain a lot of things to them which makes them learn better as well," said Brian Wiebe, a manager of The Fishing Hole's west Edmonton location.

"It's been a good win-win for everybody because we're not only seeing these new fishermen but hopefully with the experience in our stores, they'll come back again."

Wiebe also confirmed that like many camping stores this summer, stock is low and restocking has been slow.

Ice fishing products are expected to arrive in stores in the winter, but only time will tell whether Albertans will take the bait when it comes to fishing in the colder months.

With files from Axel Tardieu