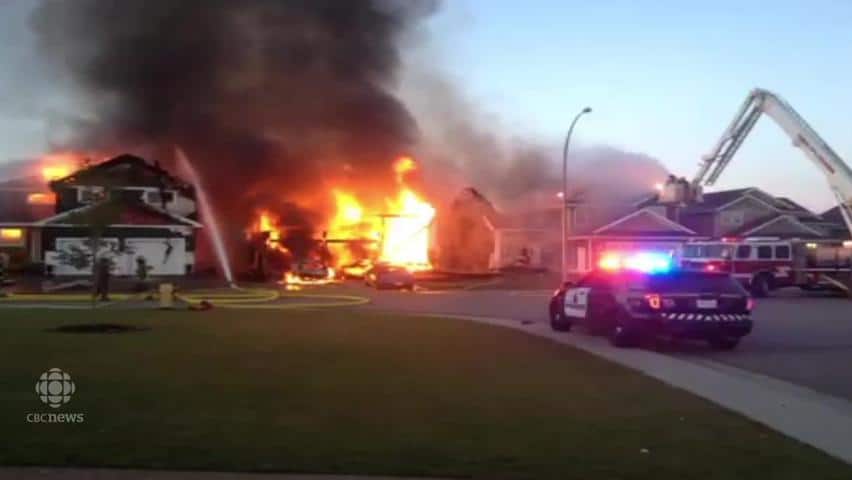 6 years agoVideo
0:25
Wes Huether shot this footage of a fire that destroyed three houses in Lacombe, Alta. on Tuesday morning. 0:25

The fire started in one house just after 5 a.m.

“We arrived on scene and found a working fire in one building with fire threatening or exposing buildings on either side,” said Lacombe fire chief Ed Vandelden .

“We did have extension of fire into those two adjacent buildings, so we've lost a total of three homes here, an estimated $3 million in total loss"

No one was injured. Power to some homes in the neighbourhood was out but was expected to be restored by noon.

The cause of the fire has not been determined.