He called the speech a "full-frontal attack" on federalism.

"There were more policies that would invade provincial jurisdiction than I could count," Kenney said.

He accused the Trudeau government of pursuing policies that require constitutional amendments.

"I regret the federal government so spectacularly failed the mark yesterday." 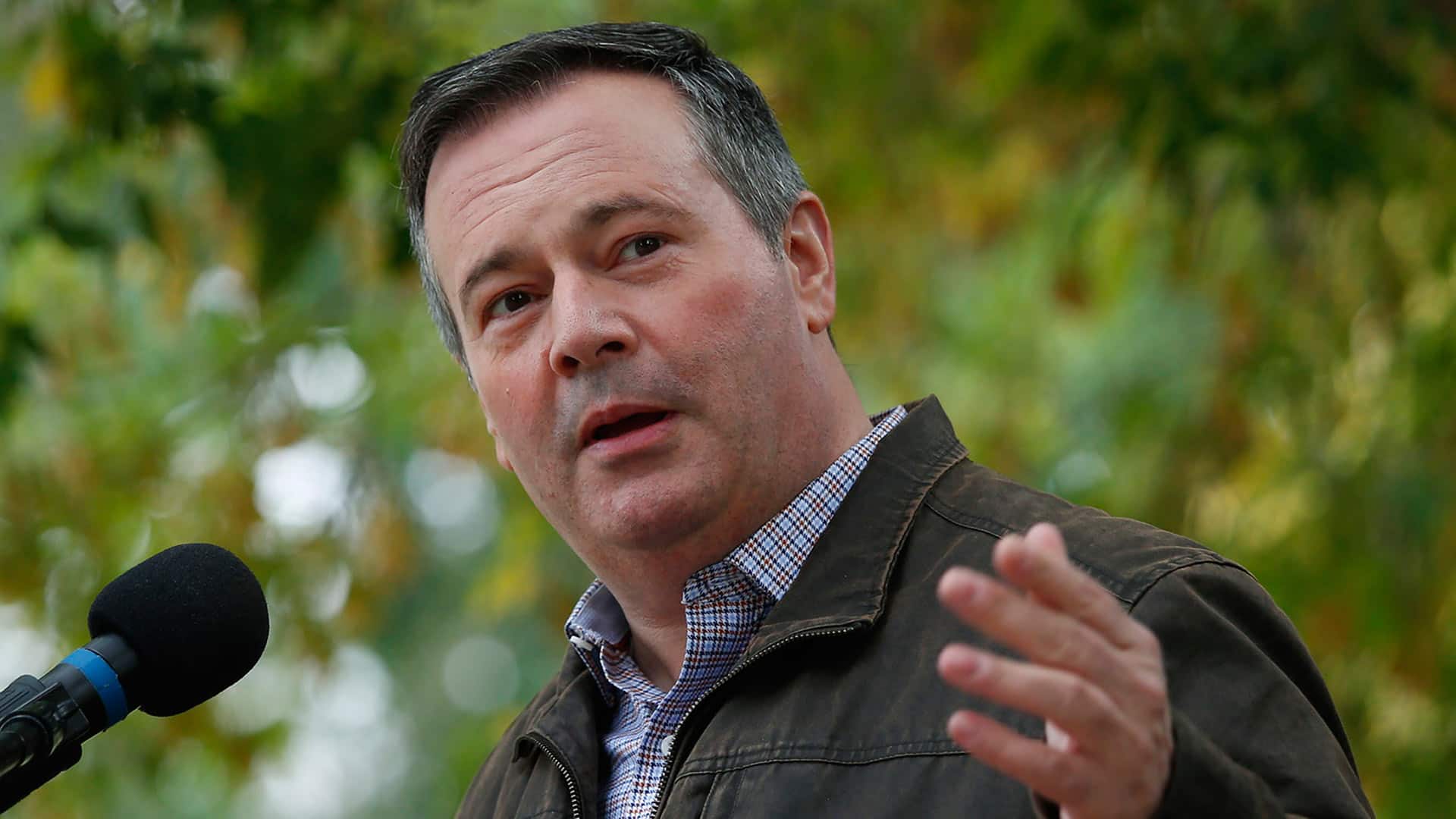 27 days ago
1:48
Alberta Premier Jason Kenney railed against Wednesday’s throne speech saying it didn't reflect the crisis in the energy sector, but some in the oil industry say they're cautiously optimistic. 1:48

The Alberta government is already challenging the federal government's consumer carbon tax in court, as well as the federal Impact Assessment Act, which changed the environmental approval process for major infrastructure projects.

Kenney said other premiers may share his concerns, and he plans to speak with his colleagues across the country later Thursday.

The premier also reiterated comments from a written statement he issued Wednesday, saying the federal speech from the throne failed to acknowledge the Canadian oil and gas sector and included policies destined to damage an already-battered industry.

While corporations move toward renewable energy projects and away from oil and gas and as California's governor moves toward banning the sale of new gas-powered cars by 2035, Kenney stood by his position that the world will demand more oil and gas products from Alberta.

"If you really think the billion people in India who are all desperately moving toward a higher standard of living are going to be driving Teslas 15 years from now, then you're disconnected from reality," he said.

"There are billions of people living around the world living in extreme energy poverty. They don't have the luxury of repeating all these California-style pieties. They want to stop burning cow dung."

"There was space for every bright shiny object, every possible political distraction," he said. "Kooky academic theories like intersectionality found their way into yesterday's throne speech, but not one word about health transfers for the provinces that are carrying 80 per cent of the costs as our population ages and we cope with a pandemic."

Kenney also said Alberta would attempt to opt out of a promised federal pharmacare program, saying the province already has its own program. He would expect an equivalent cash transfer from Ottawa, who he said should stay out of "micromanaging" Alberta's health spending priorities.

In the House of Commons Thursday, Prime Minister Justin Trudeau responded to similar critiques from Opposition Conservative MPs, saying the federal government has supported Albertans and the oil and gas industry during the COVID-19 pandemic.

"We made investments in cleaning up orphaned wells, which is something that was a provincial area of jurisdiction that we are happy to support because we needed to keep giving people opportunities to do the right thing and to have work through this difficult time," Trudeau said.

Alberta also received $1.3 billion from the federal government's "safe restart" funding to provinces, which will help pay for more COVID-19 testing, health-care staffing and protective equipment, among other things.

"This premier is so focused from distracting from his own inability to create jobs and restart economic growth that he is continuing his fake fights with Ottawa at the expense of the best interests of the people has been asked to represent," Notley said at a news conference in Lethbridge.

She said a federal pharmacare plan would improve the quality and affordability of health care for millions of Albertans by allowing all patients to afford the medications their doctors prescribe.

One of the pillars of the throne speech was a promise by the Liberal minority government to create over one million jobs through direct investment, wage subsidies and other skills and incentives programs.

The government also promised to exceed its goal of reducing greenhouse gas emissions by 30 per cent below 2005 levels and legislate Canada's goal of net-zero emissions by 2050.

Canadian Association of Petroleum Producers president and CEO Tim McMillan said he was happy to see natural resources receive a mention in the throne speech, but pointed to policies such as the incoming clean fuel standards as problematic for the oil industry.

The new federal regulations, which are set to take effect in 2022, are intended to reduce the carbon intensity of gasoline and diesel by 10 to 12 per cent below 2016 levels by 2030.

McMillan said those standards will cost the industry jobs for little improvement in greenhouse gas emissions.

"If the country is going to meet its climate goals, the oil and gas sectors know how technology development and clean tech will play a key role in that, not just for our sector, but the economy as a whole," McMillan said.

28 days ago
2:25
Gov. Gen. Julie Payette delivered the 150th speech from the throne in the Senate chamber on Wednesday. 2:25

-- With files from Terry Reith and Charlotte Dumoulin