Feed your family with a fast frittata

Sean O'Connor takes his cues for this fast frittata from the staff meal he makes as a chef at the Red Ox Inn. It's easy, quick and can be a great way to use up leftovers.

Parchment paper is a game changer with this easy egg dish

Everybody loves a heartwarming story of learning to cook as a child, side by side with grandma.

You cracked eggs while grandma supervised, and mixed the cake batter while she imparted words of wisdom learned over decades of practice.

That's a truly lovely way to have your passion for cooking ignited, but chef Sean O'Connor of The Red Ox Inn maintains that a passion for food can begin in many different ways, like how it did for him.

"I don't have the romantic story of making gnocchi with my grandmother," he said. "I took home economics and cooking classes through junior high school, and enrolled in the NAIT culinary program right after high school to learn how to cook."

Family meals in the O'Connor household invoke a familiar formula — meat, starch, vegetables. Stews and casseroles were frequent, and young Sean gained a lot of respect for how much work mom, Maria, did to get dinner on the table for the family on a nightly basis.

Now that he's all grown up, dinners for himself and his partner, Tamara, tend to be vegetable heavy, with an eye toward producing leftovers to consume on days off.

It seems fitting, then, that for Fast Food, O'Connor chose to highlight a dish born from the time-honoured restaurant tradition practised at The Red Ox Inn — the staff meal.

His roasted broccoli, mozzarella, and parmesan frittata zeros in on the factors that are important to both home cooking and staff meals — namely that it's quick, simple, inexpensive, and is adaptable enough to utilize leftovers or scraps that need to be used up.

Almost anything goes when making a frittata, but O'Connor stresses that any meats or vegetables you put in must be cooked first. He also likes to line the pan with potatoes, which while not common adds a nice crust to the frittata.

Putting down a circle of parchment paper into the pan first ensures the frittata slides easily out of the pan with no washing up required. 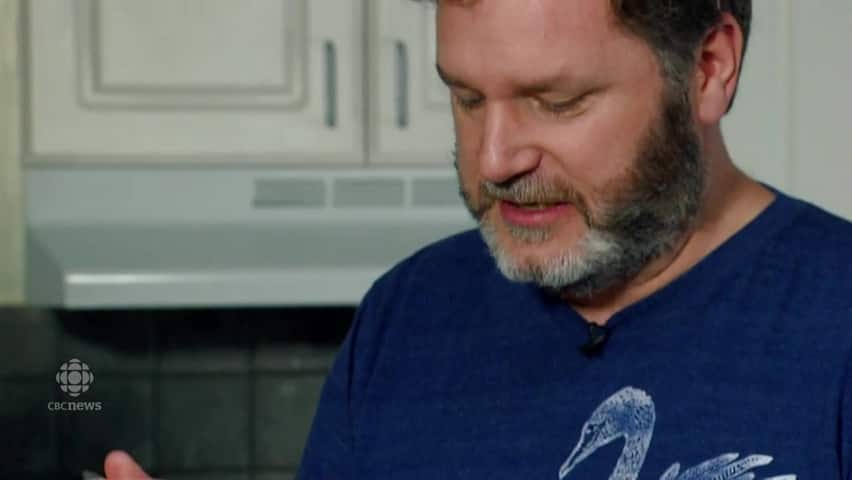 In the restaurant industry, your co-workers often become like family, and sharing meals with his restaurant family at The Red Ox Inn has provided lasting memories as he transitions to a new position as co-owner/chef at the upcoming Fox Burger in Highlands. French fry crusted burger frittata anyone?

Wash your potato and broccoli. Using a mandoline or a very sharp knife, slice your russet potato thin, slightly thicker than a potato chip. You need enough potato slices to overlap each other and cover the bottom of a six-inch frying pan.

Place the potatoes in a pot or pan on the stove, cover with salted water and simmer until soft.

Chop your broccoli to bite-sized pieces. Heat a frying pan until very hot. Add a splash of canola oil and your chopped broccoli. Toss until broccoli is slightly charred. Season with salt and pepper and set aside.

By now your potatoes should be done. Drain them and set aside.

Shingle your potatoes inside the base of the pan. Top the potato with a little oil. Over medium-low heat, gently fry the potatoes lining the parchment in your six-inch frying pan. If you're using a gas burner, make sure the flames are not running up the side of your pan, otherwise your paper will catch on fire. Also, make sure you use parchment paper and not wax paper.

While your potatoes slightly crisp, prepare your egg base. Whisk together eggs, cream and truffle oil. Season the mixture with salt and pepper.

Cut your mozzarella to small cubes.

When your potatoes are crispy and golden brown, season them lightly with salt and pepper. If your parchment has darkened a lot during this process, just remove the potatoes from your pan and replace your parchment circle with a new one.

Scatter your mozzarella and broccoli along the crispy potatoes. Gently pour over your egg mixture and top with the grated Parmesan.

Place in your preheated oven for approximately fifteen minutes, or until the eggs are just set (they jiggle slightly when shaken).

Remove the parchment and egg mixture from your pan, cut in half and serve.