Whip out the wok! Kimchi fried rice is on tonight's menu

Chef Meagan Gee grew up in the Commodore restaurant on Jasper Avenue. The Edmonton institution has been in her family since 1942.

A Korean staple gives this Chinese classic a spicy twist

CBC wanted to know what Edmonton's best chefs whip up when they're short on time or just don't have the energy to create their usual fare.

In Fast Food, we'll be highlighting local chefs from their own kitchens, sharing their go-to recipes.

"Just when I thought I was out, they pull me back in." — Michael Corleone, The Godfather: Part III

That famous quote may have been about the Mafia, but could easily be applied to Meagan Gee, who grew up drawing at the back tables and eventually bussing those tables at her family restaurant, The Commodore.

It's almost expected that you will follow in the footsteps of the generations that came before, and that's especially true when you're the fourth generation in the line.

Luckily the youngest Gee didn't immediately have all that pressure on her growing up, and it wasn't until her mom, Wilma, suggested culinary school as an outlet for Meagan's burgeoning creativity that the idea of eventually taking over the 78-year-old Edmonton institution became a serious notion.

Gee says she couldn't envision making a career out of her passion for fine arts and music, but culinary school was a way for her to enjoy the fruits of her labour, both delectably and financially.

After graduation from George Brown College in Toronto, Gee honed her craft in the Big Smoke until moving home in 2017.

She's made a point of experimenting and trying new things at home. Her current obsession is a staple from her Korean roots — kimchi. Opportunities to insert the spicy pickled cabbage into everyday dishes are plentiful, like pairing it with fried rice, a classic dish Gee learned from her dad and grandmother. 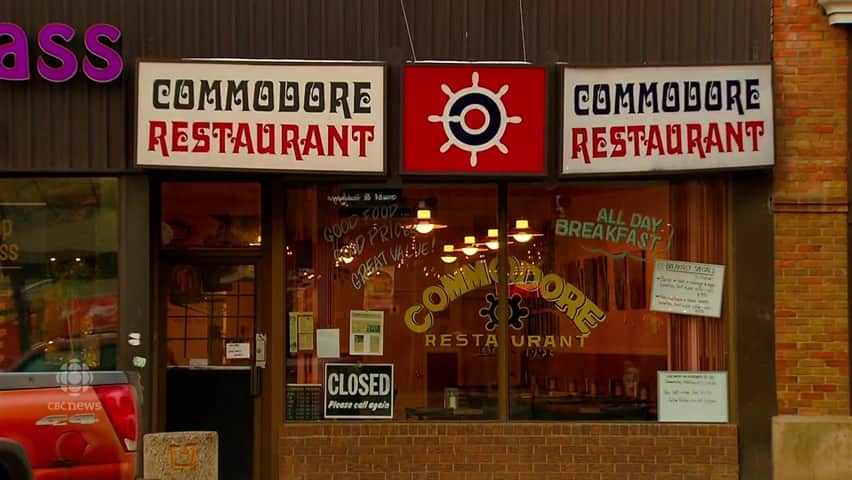 2 years ago
3:48
Commodore chef Meagan Gee shows us her Korean take on a Chinese main dish. 3:48

That combination has become a favourite.

Fried rice has been on the Commodore menu since its opening in 1942, and on the Gee family dinner table for even longer.

Though many people relegate fried rice to the realm of take-out, Gee relishes the opportunity to jazz it up at home with crispy bacon and spicy kimchi. It's a great way to use up leftover rice, and of course when you love rice like Gee does, that leftover rice is always intentional.

The key is cooking the rice and letting it cool to room temperature, then frying over high heat. If you are using day-old rice, a sprinkle of water added when frying will keep it from drying out too much.

The crackle and pop of rice frying is music to the ears of this artistic chef, and its quick cooking time lets her get back to making music of her own.

soy sauce and salt to taste

In your wok or frying pan, cook bacon on medium heat until the fat is rendered out.

Put bacon on a paper towel and set aside, leaving about two teaspoons of bacon fat in your wok/pan.

Add onions, carrot, garlic and ginger to the bacon fat and sauté until onions are translucent.

Add 2/3 of the kimchi; fry gently for one minute.

Add rice and fry it quickly over high heat, seasoning it with the soy sauce, sesame oil and salt.

You should be able to easily see the separate grains of rice.

Now you can add your frozen peas; they will steam in the heat of the rice.

Toss in the remaining kimchi.

Fry your eggs sunny-side up so that the yolk will run into the rice and provide some "sauce."

Garnish with the crispy bacon, the egg and green onions.

Other stories in our Fast Food series: