Family Qu'ran is only item to survive arson attack

A Mill Woods family whose home was gutted by arson early Monday says they are grateful that one very special item survived the flames. 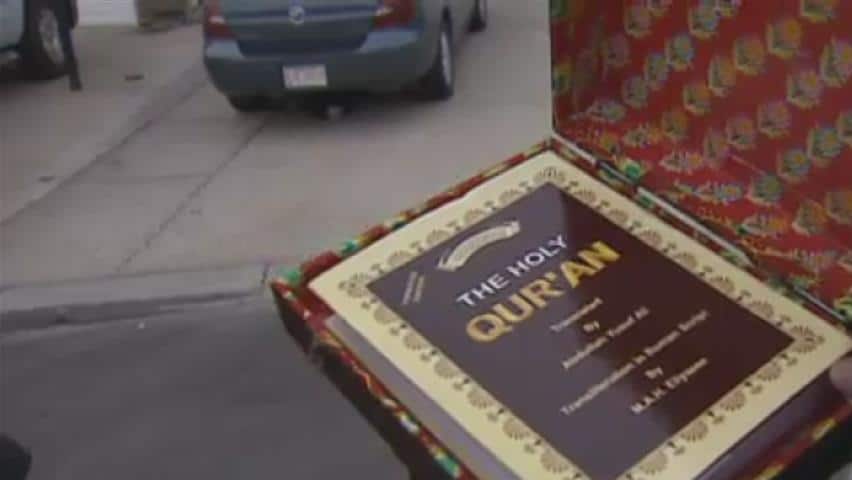 7 years ago
1:40
A Mill Woods family whose home was gutted by arson say finding the holy book gave them hope. 1:40

A Mill Woods family whose home was gutted by arson early Monday says they are grateful that one very special item survived the flames.

The family’s Qu'ran, or holy book, was found completely unblemished in its storage box inside a closet.

The homeowner's brother, Mohammad Hafiz, said the family was very surprised to find the book in such perfect condition amidst the wreckage.

"When me and my brother saw it, everyone started crying. It really hurts inside you know? Like, the house is gone. But the holy Qu’ran is still left untouched," he said.

"Every Muslim keeps a Qu'ran in the house, right? And they have one or two and this one was, like, bone dry. Not even a water drop on it. It's a miracle. Like, look at the house, there's nothing left in there. And look at this," he said, holding the book.

Family members say finding the untouched Qu’ran at such a difficult time is a sign of hope.

Nine people were inside the house on 29th Avenue and 41st Street on Monday when the fire started.

Police say the arson investigation is still in the early stages and could take some time.

The fire caused an estimated $1.2 million of damage.