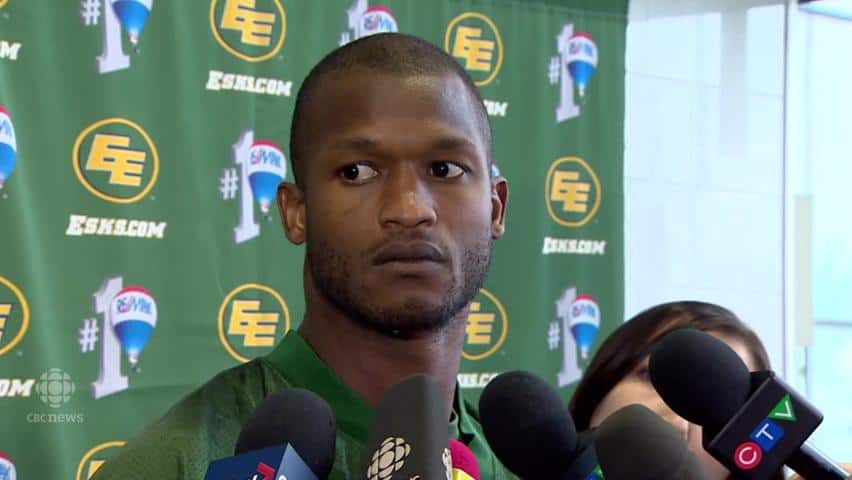 "I apologize to Calgary quarterback Bo Levi Mitchell, the Canadian Football League, the Edmonton Eskimos, fans and all who were offended by the insensitive remark I made on field following his touchdown," Watkins said Monday in a statement issued by the Eskimos.

"It was said in the heat of the moment and was a poor choice of words. I understand this language is not acceptable and will be more careful with my choice of words in future."

The Stampeders defeated the Eskimos 41-34 in Edmonton. Mitchell threw for 216 yards and two touchdowns and also scored a rushing touchdown.

"The offensive comment made by Pat Watkins is disappointing and does not represent the values of the Edmonton Eskimo Football Club," the Eskimos said in the statement. "Such language is not condoned."