They become the 1st all-Indigenous team to win the tournament

After 31 years without organized minor hockey in the community, the Enoch Cree Nation is beaming with pride after winning two gold and three silver medals at Edmonton Minor Hockey Week.

"It means a lot," said Phoenix Morin,16, a player for the Enoch Cree Nation 440 Juniors.

"This is my community and it meant a lot when we won the gold with my team."

The win is historic both for Enoch and for Edmonton. This is the first time an entirely Indigenous team has won a final during the annual tournament, which ran from Jan. 13 to 22 this year.

Enoch Cree Hockey Association (ECHA) sent nine teams to the the tournament. Five made it to the finals. Two won gold while the remaining three took home the silver.

"Everybody on the team is First Nations and the majority, I'd say at least 90%, some 100%, are all from Enoch. So you're essentially playing with your family members, your friends and it's a tight-knit community."

Morin's midget team initially lost their first game of the tournament, but rematch landed them in the final. 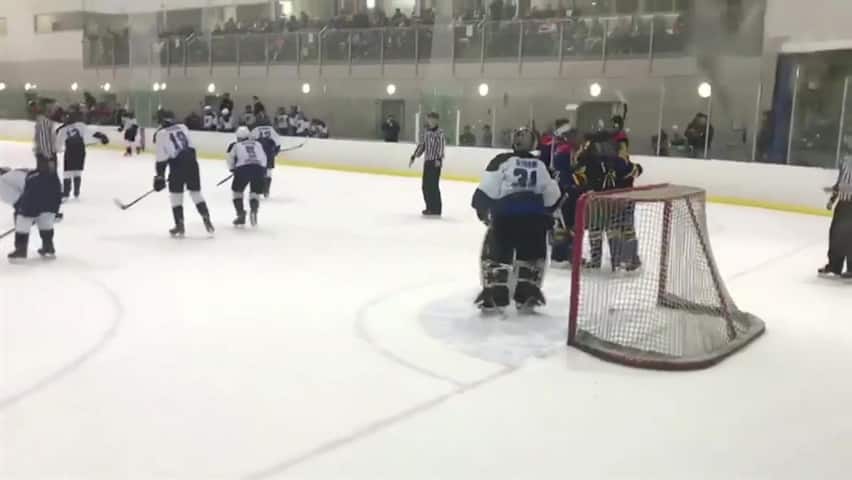 3 years ago
0:19
In the finals of Edmonton Minor Hockey Week, the Enoch Cree Nation 440 Juniors became the first all-Indigenous team to win gold. 0:19

Down by one goal with just three minutes left in the final period, the 440 Juniors tied it up, ultimately winning in overtime.

"To be honest, I thought we were going to lose because we lost to this team three times already, so when we won it was a big surprise to me," Morin said.

The wins are even more impressive considering the ECHA has only been operating since 2015.

"From a social point of view, it's really great for us as a First Nations organization that we are able to do this and have our teams compete and win," said Courtepatte.

"We've definitely come a long way from where we started and we just hope to keep improving each year."

Phoenix Morin's mother, Jolene Morin, is proud that her son has the opportunity to play hockey in his community, where her family previously played.

"To be part of the association is something personal to me," said Morin, who manages her son's team in addition to serving as the midget director for ECHA.

"To bring hockey back to our nation is something else. I love seeing our kids all play together. They gel well together and it's just awesome that we have it back."

The wins are a happy outcome, but not entirely unexpected for Enoch Cree 440 Juniors coach, Joey Thomas.

"All of these kids, they grew up together and they didn't play hockey together up until about three years ago so it means a lot to them," said Thomas.

"Now they're representing the nation for Enoch as a whole, and I don't think they'll ever stop working together as a whole."

For Phoenix Morin, the community's love of hockey is giving him more than just championship wins.

"Hockey keeps me active, I learn leadership out of it," he said, adding the wins also gives the team a boost heading into city finals at the end of the season.

"It's a big confidence booster. If we continue the way that we played through the entire tournament, I think we should probably get to the finals." he said.

Tanara McLean is a producer and journalist at CBC Edmonton. She grew up in Red Deer and has spent her entire career in Alberta, working in print, radio and television.