15 things to do this weekend in Edmonton area

It's beginning to look a lot like ... well you know and here are the events to prove it.

Lights, music and a whole lot of action this weekend. See for yourself in this list.

It's the 20th anniversary of Christmas Around the World with Vinok Dinner Theatre performances from Thursday to Sunday at the Chateau Louis Hotel and Conference Centre.

Disney On Ice returns to the Edmonton Expo Centre with a performance of Mickey's Search Party on until Sunday.

The Art Gallery of Alberta continues its show and sale of works by 35 local artists priced for $1,000 and under. The gallery is also hosting new exhibits, like the 2019 Sobey Art Award and Exhibition. 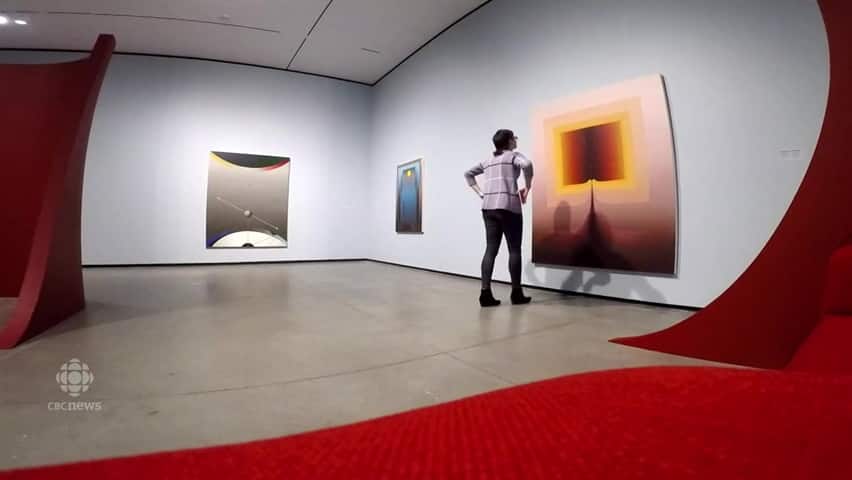 1 year agoVideo
1:19
Take a tour of the 2019 Sobey Art Award and Exhibition on now at the Art Gallery of Alberta in Edmonton. 1:19

PLACE is a 25th-anniversary commemorative art project exploring the impact of the environment on our daily lives. The Brian Webb Dance Company production is on Friday and Saturday night in Allard Hall at MacEwan University.

It's a lifestyle; it's sport; it's The Great Canadian Fitfest from Friday to Dec. 1 at West Edmonton Mall.

Following up on her success as RuPaul's Drag Race champion, Bianca Del Rio, the self-proclaimed "Clown in a Gown" brings her comedy show to the Northern Alberta Jubilee Auditorium Sunday night.

Find more community events on Our Edmonton on Saturday at 10 a.m., Sunday at noon and 11 a.m. Monday on CBC TV and live on the CBC GEM app.

The Enjoy Light Festival or ELF features performers, a market and, of course, lights until Jan. 5.

You can pay $25 a carload to take in the Magic of Lights out in Castrol Raceway in Leduc County from Friday to Jan. 4.

Lighting up ceremonies and winter festivals can be found this weekend in Fort Saskatchewan, Wetaskiwin and Stony Plain.

The classic Peter and The Wolf which serves as an introduction to the many instruments in an orchestra hits the Winspear Centre stage Saturday afternoon.

And it's your last chance to catch the musical SIX at the Citadel Theatre. It tells the tale of the six wives of Henry VIII and their historical heartbreak. The production ends Sunday.