Around 200 people, many of them women, made their way to NAIT's Shaw Theatre in Edmonton to discuss the topic of the forum, “finding common solution for youth radicalization and terrorism.”

When Yasmin Ugas rides the Edmonton LRT, she won't cross the yellow line out of fear someone will push her into the path of an oncoming train.

Ugas says that fear is only getting worse.

This fear, the feeling of alienation expressed by Ugas, was just one of the many things addressed at the first annual Social Justice Forum put on by the Ogaden Somali Community of Alberta Residence (OSCAR) on Saturday.

Around 200 people, many of them women, made their way to NAIT's Shaw Theatre to discuss the topic of the forum, "Finding common solution for youth radicalization and terrorism."

The forum hosted a plethora of politicians, community leaders, human rights activists, doctors, and youth speaking on the issue. Ugas said this inclusion of Somali youth in the discussion was a welcome change of pace.

"It just brings me hope that we can have our voices heard," Ugas said.

In early 2015, three Edmonton cousins were believed to be killed after going overseas and fighting for ISIS. A few months later a different 17-year-old boy was charged with trying to leave Canada to commit an act of terror.

Several organizers and speakers at the event refuted that radicalization in Edmonton was statistically a problem, but they still felt the issue was an important one to address.

He says that, while it's not a problem yet, it's still important to address head on.

"The problem is not major at all in Alberta or in the whole of Canada," Abdulkadir said.

"But, having said that, there is radicalization that exists, [and] we want to create the conversation and talk about it.

"What causes radicalization is what we want to talk about. If we don't discuss it ourselves, others will talk about it."

Insp. Dan Jones of the Edmonton Police Service, another speaker at the forum, doesn't see radicalization as an issue localized to the Somali community. He said the issue is a problem in many communities, including many right-wing groups such as Stormfront.

What causes radicalization is what we want to talk about. If we don't discuss it ourselves, others will talk about it.- Ahmed Abdulkadir

Jones said the sensationalization of terrorism plays into the feeling of alienation that radicalizers thrive on.

"I'm not saying that it's not an issue but that we have to interrupt the process.

"Violent extremism crosses all races, all religions, all people. It's not a religious issue, it's not an Islamist issue, it's a violence issue."

Some youths that attended the forum were unhappy with the name of the theme discussed.

Sagal Awjama said she is happy the Somali community is sitting at a table with members of the government and community leaders but she and the majority of her friends felt that the topic was off-putting.

"I find it extremely offensive that we are being labeled with these terms," Awjama said.

"I find it disgusting, and I find it very frustrating. Somali youth are really successful people and contribute to society." 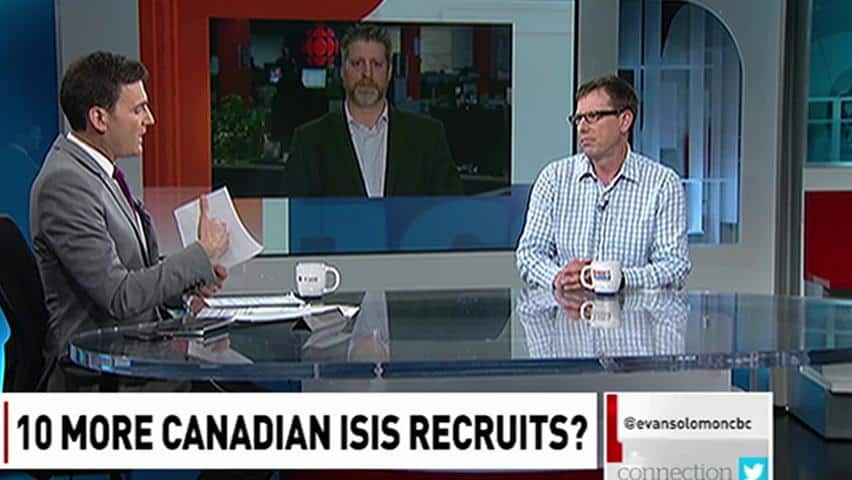 6 years ago
8:32
Terror experts Michael Zekulin and Jez Littlewood analyze the latest Montreal terror arrests and what Al-Qaeda documents tell us about the differences between AQ and ISIS. 8:32

A place to listen

Habiba Abdulle, a family advocate at the Somali Community Centre, said the biggest threat facing Somali men right now is unemployment. There is currently no exit strategy. She would like to see new programs specifically targeting young Somali men that show them options to further their education.

"I really want the new NDP government to focus some attention on minority communities," Abdulle said.

"After eight months in office we haven't seen any movement and to be honest, people are starting to doubt."

David Shepherd, the NDP MLA for Edmonton-Centre, sat on one of the panels during the forum. Shepherd said he wanted to learn from the community but stressed he doesn't see easy solutions.

"These problems are deep and they are complex. I don't think you're going to find one prescriptive policy that's going to solve them," said Shepherd.

"It's really about just having the opportunity to hear from them and find solutions from a community." ​

Jones shared a similar sentiment with Shepherd, saying this panel was an opportunity to listen to the community themselves about what needs to be done. Jones said that only by listening can you halt the process of radicalization before it becomes a problem.

"Really when you get down to it, radicalization and violence, if that's the topic, the only and the best tool we have against it is the community itself."