Edmonton singer Ruth B launches career in an instant

Ruth B's life changed in an instant. It took only six seconds for the 20-year-old Edmontonian to go from complete obscurity to Internet celebrity on the brink of a promising career in the music industry. 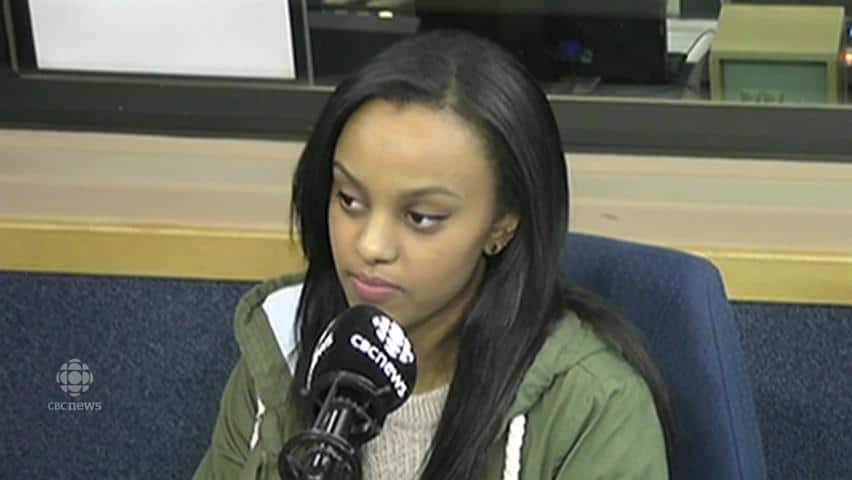 5 years ago
4:38
From Vine to the big time. Ruth B visits the Edmonton AM studio and tells her story of her rise to a major record label EP. 4:38

It took only six seconds for the 20-year-old Edmontonian to go from complete obscurity to Internet celebrity on the brink of a promising career in the music industry.

Ruth B — short for Berhe — has signed with Columbia Records and just released her first EP, The Intro, featuring four original songs.

"Music has been my greatest passion forever," said Berhe during a Tuesday morning interview with Edmonton AM radio show host Mark Connolly.

"I think music has always been what I always wanted to do, but I didn't know how or when I was going to get discovered. But I guess it's kind of happening now."

The launch of Berhe's success started when she wowed the Internet with a six-second clip she posted on the short-length, video-sharing service Vine.

Inspired by ABC's fantasy series, Once Upon a Time, Berhe took her keyboard and sang, "I am a lost boy from Neverland / Usually hanging out with Peter Pan."

"It took off. In a week it had 84,000 likes, which was very unusual at the time. It was insane. That's when everything really started to take off for me," Berhe said.

That single verse about Peter Pan ended up becoming Berhe's breakthrough hit single Lost Boy. She released the track independently and watched it soar to the Top 100 on iTunes, and eventually amass more than 1.9 million views on YouTube.

"I was so overwhelmed by the comments. Every day it would grow and grow, and it was so crazy to watch it start from nothing and really building over time . . . and it's still crazy to watch."

The clip was so popular that fans asked Berhe to write more songs. When calls from agents, music managers and record labels started flooding in, Berhe could hardly believe it.

"I thought it was a prank. There is no way six different major labels trying to reach out to me. But it was actually happening."

Berhe, who graduated from Ross Sheppard High School in 2013, was in her first year at MacEwan University when her career took off. She's now taking time away from her studies to focus on music.

Berhe, who has only played in front of a live audience a couple of times, says some concerts and a full album are in the works for 2016.

"I really am starting to love it. At first it was kind of hard, because I had become used to just my phone screen in front of me. But sharing your songs with an audience is incredible."