Entrepreneurs in Edmonton have found a way to open since March — hundreds of them — despite the toll the COVID-19 pandemic has had on the economy forcing many others to close.

'We have nothing but hope — that's all we have left in a sense,' restaurateur says

Entrepreneurs in Edmonton have found a way to open new businesses during the COVID-19 pandemic — thousands of them — despite the toll the pandemic has had on the economy and the restrictions faced in many industries.

A range of new businesses have opened since February, from tattoo studios to online marketing companies, as well as cafes and restaurants.

Dalla Zenari in the Kelly Building on 100A Street and Rice Howard Way downtown opened Dec. 1, two weeks before Alberta went into the second major business shutdown this year.

Elisa Zenari and her husband, Ran Huget, had planned to launch in March but shutdowns began and they postponed their opening until December.

"There was that looming worry about another lockdown but we thought we'll just take it one day at a time and see how it goes," Zenari said.

The delay in opening gave them time to adjust to the realities of the pandemic.

"We've definitely learned a lot from other people and other restaurateurs, just seeing what other business owners have gone through," Zenari said. "We kind of felt like we were a little bit prepared." 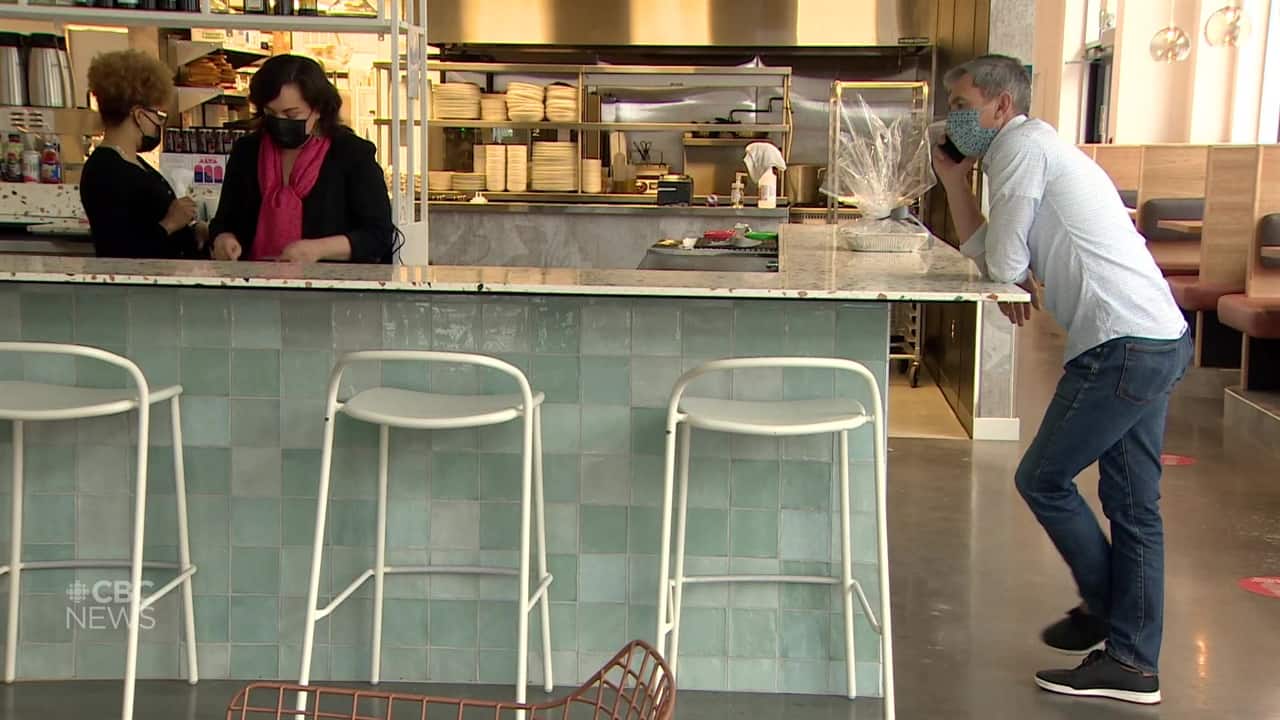 Businesses continue to open in Edmonton, despite pandemic challenges

25 days agoVideo
2:40
Hundreds of new businesses opened in Edmonton during the pandemic, despite facing economic challenges and COVID-19 restrictions. 2:40

Zenari and Huget had been looking for a location for about two years since Zenari's family closed their Italian restaurant in the Manulife Centre building.

Restaurants are allowed to remain open for take-out and delivery only, until at least Jan. 14 when the province will reevaluate whether to ease restrictions.

"When you look at the numbers, it can be quite depressing," Huget said. "It feels like a giant roller coaster, you're just going up and down day to day."

"We have nothing but hope — that's all we have left in a sense. Hope and optimism."

The City of Edmonton said it gave out 4,736 new business licences between March 1 and Nov. 30 this year.

It's difficult to say whether all of these were first-time applicants, as the city doesn't collect that information, a spokesperson told CBC News in an email.

A total of 23,462 business licenses in Edmonton, including renewals, were approved in the same timeframe.

Although food establishments make up a large number of visible new businesses in Edmonton, a range of industries had new start ups.

Rabbit Rabbit Tattoos on 116th Street and 107th Avenue opened in mid-June, by appointment only.

Natasha Nolin and her husband, both tattoo artists, had decided to open their own studio after years of working at other shops and on contract.

Several times, they had second-guessed that decision.

"There was definitely I think those moments where you sort of think 'oh, it's Murphy's Law that we're going to open a business and then we're going to get shut down'."

After a successful first few months, Nolin is optimistic business will pick up again.

"We actually were able to keep very very busy in the summer and thank goodness because that will hopefully hold us over for the second shutdown," Nolin said. "I've always said that Alberta is one of the strongest industries for tattooing in the world."

Nolin said they also received CERS, the Canadian Emergency Rent Subsidy, which helped them make it through the restrictions.

Northcott said they had applied for emergency rent but weren't eligible for the federal program because they just opened in August and couldn't show a decrease in revenue since 2019.

They reapplied for emergency loans after filing their 2019 taxes, he said, as they registered as a business last year and may be eligible for emergency assistance.

"I'm pretty optimistic that sales are just going to skyrocket at that point as long as everyone is vaccinated and people feel safe to go out again, I think we're going to do well," Northcott said.

In Old Strathcona, an arts emporium, Lebanese restaurant and at least two cafes opened since the pandemic started.

About a dozen new businesses have opened along Stony Plain Road, including Ch. Cafeteria, Neo Cafe and Neo Juicery and two gyms, F45 and Wolfhause MMA.

Restaurants open for take-out and delivery are still struggling but Zenari is thankful to be getting support for loyal customers and friends.

"That's resonating with people right now — everyone just sort of wants — they want happy bellies and they want their food to feel like a warm hug."