Edmonton police Const. Nathan Downing faces allegations at an upcoming disciplinary hearing of repeatedly punching a handcuffed man in the face and shouting racial slurs at him.

Edmonton police Const. Nathan Downing faces allegations at an upcoming disciplinary hearing of repeatedly punching a handcuffed man in the face and shouting racial slurs at him.

Downing and Const. Nicholas Talvio are also accused of submitting notes and reports that contain false statements and omissions about their arrest of Nasser El Hallak in 2015. 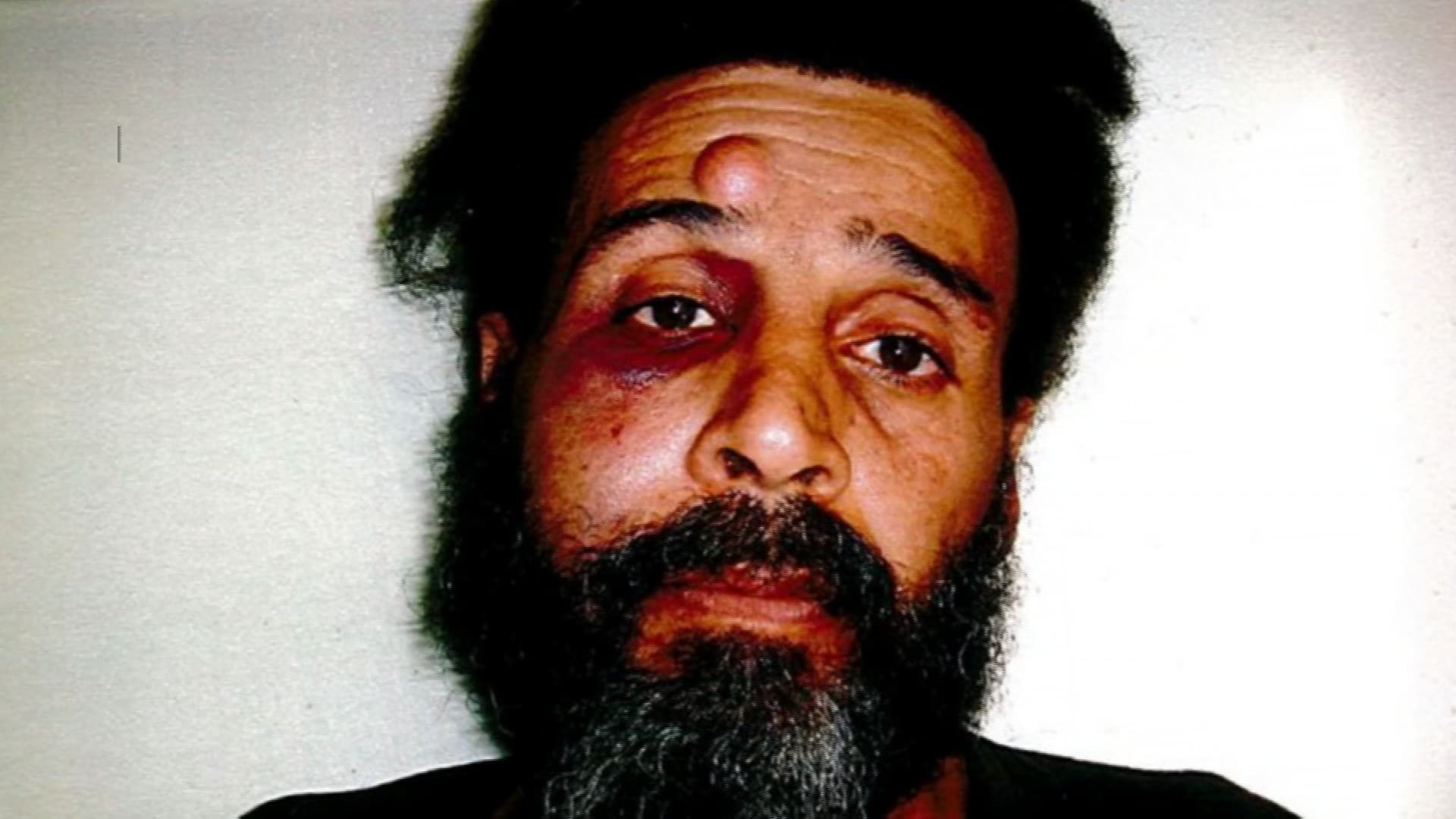 'He doesn't deserve the uniform that he's wearing'

3 years ago
1:24
Nasser El Hallak recounts the night a police officer punched him in the face. 1:24

He was initially charged with impaired driving, refusing to take a breathalyzer and obstructing a police officer, but the Crown later withdrew the charges.

In a letter dated March 7, 2018, Edmonton police Chief Rod Knecht informed El Hallak that a disciplinary hearing will be held to examine his complaints. Knecht notes that Downing and Talvio denied the allegations. They have not been proven at a hearing and no date has been set.

Last Thursday, El Hallak walked CBC News through his version of events outside the home he shares with his wife and 13-year-old daughter.

It was the early morning of March 25, 2015, while driving his wife's white pickup truck, that El Hallak said police started following him near 118th Avenue and 35th Street before the cruiser turned and disappeared.

El Hallak said when he parked outside his home, Downing and Talvio pulled up and an officer got out of the vehicle and yelled "Come here you f--king n---er!"

Thinking it was a case of mistaken identity, El Hallak told them he was Arabic.

He said Downing responded by saying something like: "You f--king Muslim, you're killing our people and you think you can have a decent life? I'm going to make your life miserable."

When police asked how many drinks he had, El Hallak said he told them he had not been drinking. He wasn't taken up on repeated offers to provide a breath sample, he said.

El Hallak said Downing stood by the vehicle's open door, then looked around before punching his face, chin and mouth "numerous times," causing him to temporarily black out.

"I started feeling the blood coming so I went down, and he started hitting me on the back of my head," said El Hallak. "I was really scared."

After he spit blood onto the ground outside, police put a mask on him to prevent spitting, El Hallak said.

"The blood was coming from my nose, from my mouth. I was begging him to take it off [saying] 'I can't breathe', " said El Hallak, who eventually managed to remove the mask on his own.

One punch with "closed fist"

Reports by the officers, summarized in Knecht's letter, tell a different story.

Downing said they stopped El Hallak because his truck, which was registered to a woman, turned without signalling.

The officers said when El Hallak got out of his vehicle, he walked or ran away, even after being told to stop. Downing tackled El Hallak then punched him once "with a closed fist," says the letter, provided by El Hallak's lawyer Kate Engel.

"He caught up and tackled you, falling into the snow," wrote Knecht. "Cst. Downing punched you once to subdue you as you were attempting to get up after being tackled."

Police said they used the mask after El Hallak spit in the cruiser two times, despite the door being open.

The officers said El Hallak had a learner's driver's licence and he smelled of alcohol. Two other officers who saw El Hallak reported they saw signs of impairment. Downing said El Hallak twice refused to provide a breath sample.

In an initial investigation, the police service's professional standards branch determined there was insufficient evidence to pursue criminal charges against the police officers or a need for a disciplinary hearing.

But new evidence introduced by Engel prompted a review of the case that concluded there was enough evidence to warrant a disciplinary hearing.

In his letter, Knecht offers a summary of those witness accounts.

One neighbour said he heard a person call someone the N-word outside his window. He said he saw El Hallak slowly jog down the sidewalk followed by the officers, one who shouted: "I'll shoot you motherf--ker. I'll taser you."

Another witness said she saw police put El Hallak in the back seat of the cruiser.

"The officer on the passenger side looked around and started to swing his right arm," wrote Knecht, summarizing her account. "The upper back end of the arm swung approximately three to five times. While this was happening she could hear [El Hallak] saying 'No — stop — you are hurting me.' The other police officer walked in front of the vehicle and did nothing."

The third witness was El Hallak's wife. Jasmine Flaig said she didn't realize it was her husband in the cruiser as she peered out a bedroom window, saw an officer standing by an open door and heard a man shout: "Stop, you are hurting me."

Later at the police station, El Hallak said he refused when asked to sign a form stating he was intoxicated.

El Hallak, a Canadian citizen and Edmontonian for the past 15 years, said the alleged beating and attempt to make him sign a false confession reminded him of something that would have happened in Libya, the country he was forced to flee as a critic of the late dictator Col. Moammar Muhammad al-Gadhafi.

El Hallak's vehicle was seized and his licence was suspended.

Along with the skull fractures, El Hallak said he lost two teeth and still doesn't have sensation on the right side of his face or his thumbs.

When he was finally able to return to work buying and selling car parts, El Hallak said he had to hire people to do the manual labour and his wife now drives him.

The two constables are among seven officers named in a lawsuit launched by El Hallak that accuses Knecht of negligence because he knew "Downing had a propensity for violence."

In 2013, El Hallak was sentenced to 90 days in jail for break and enter and theft.

A statement of defence in the lawsuit has not been filed. Those allegations have not been proven in court.

The lawsuit seeks $200,000 in damages but El Hallak said Downing should also be dismissed.

"In my opinion this officer, he doesn't deserve the uniform that he's wearing," said El Hallak. "Because what he did to me, he may do to somebody else."

While it's unclear what the officer's status is, on Monday the Alberta Muslim Public Affairs Council (AMPAC) called on police to ensure Downing is not on active duty.

"The allegations that the police officer in question brutally beat this man over racial and Islamophobic hostility are extremely serious," said Faisal Khan Suri, president of AMPAC, in a statement. "EPS should ensure that Constable Downing is not on the streets until these allegations are dealt with."

Engel suggests the targeting of El Hallak was an act of racial profiling.

"The most troubling thing about this is that there was a very serious abuse of authority that occurred," Engel told CBC News. "And in my view, what elevates this particular case is the racial aspect — so the abuse of authority was informed by racism."