Edmonton police say they have made the largest seizure of fentanyl pills in Canada.

Edmonton police say they have made the largest seizure of fentanyl pills in Canada.

An investigation by the Edmonton drug and gang enforcement unit ended in the seizure of 130,000 fentanyl pills with an estimated street value of $3.9 million, along with $1 million in cash.

"This was a significant drug operation that has been dismantled," says Staff Sgt. Karen Ockerman in a news release Friday. "We know we have saved lives by taking that quantity of fentanyl off the streets." 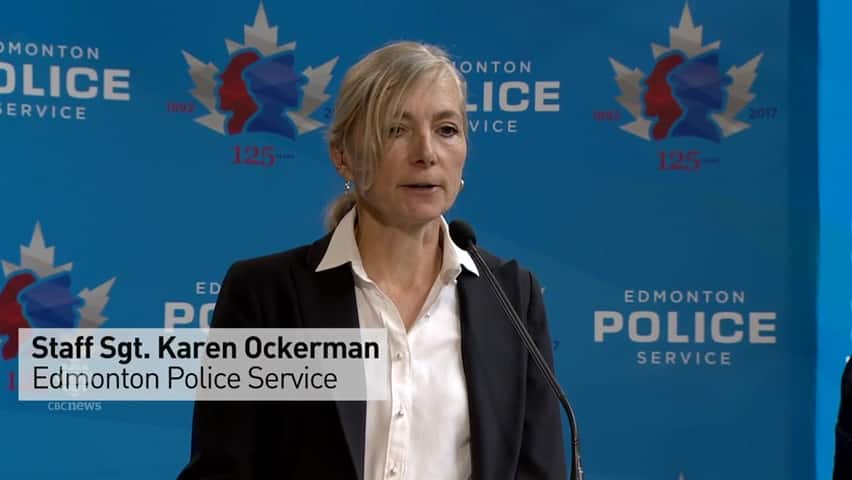 3 years ago
0:42
Edmonton police seized almost $4 million worth of fentanyl after what they are calling the largest fentanyl bust in Canada. 0:42

In March, police began investigating a group of people believed to be trafficking large amounts of illegal drugs. As part of that investigation, police searched an Edmonton home on July 5 and seized 67,000 fentanyl pills valued at about $2 million.

Police then searched three more homes in Edmonton and a fourth in Sturgeon County north of the city, where they found a fentanyl pill processing lab.

Const. Jason Wells with the RCMP clandestine lab enforcement and response team described the lab as complex and innovative, capable of producing 10,000 pills an hour which is far more than more typical labs.

The methods used to mix the powder and coating the pills was unusual, Wells said.

After the home was searched random swabs around the Sturgeon County house showed traces of fentanyl just about everywhere prompting Alberta Health Services to deem the home unfit for human habitation.

Police say they are not releasing the names of the suspects or the addresses of the homes at this time.