An Edmonton beer worker has found a way to save 100,000 litres of water a year in Labatt breweries across the country.

'It's going to make a huge impact on the overall environment,' says Labatt general manager

A beer worker has found a way to save 100,000 litres of water a year at the Labatt Edmonton brewery, an idea that has been adopted at other Labatt breweries across the country.

"We thought we could save this water," Labatt brewhouse operator Robert Morland said in an interview Monday.

He was in the room when the idea was first brought up by an employee, and he thought "Eureka!"

"Who would have thought that our small idea would be developed in breweries across the country?"

The employee's suggestion reworked the entire beer manufacturing process at the Edmonton brewery. 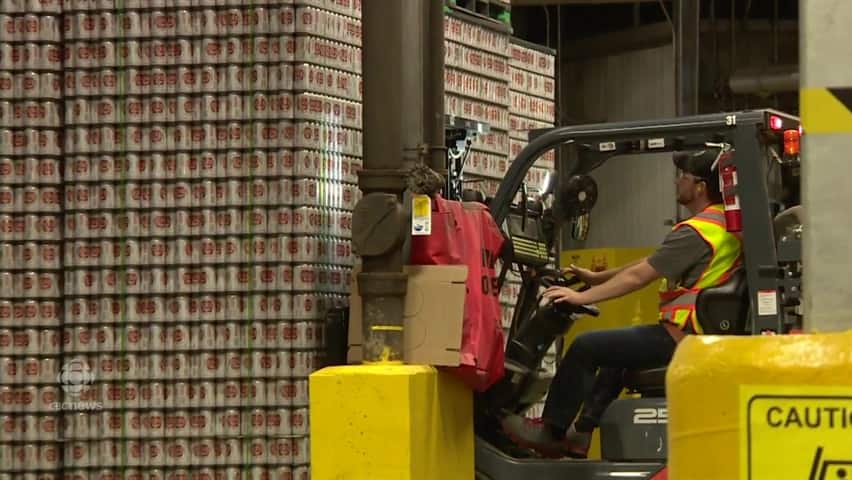 4 years agoVideo
1:29
A Labatt employee's method of saving 100,000 litres of water per year in the beer making process has been adopted by all six Canadian Labatt breweries. 1:29

After going through a heating tank, the wort — a mixture of barley, wheat and hops — is heated to approximately 90 C and left to simmer for an hour.

Water is then used to absorb most of the wort's heat, bringing it down to a cool 10 C. This prepares it for the fermentation stage, and to eventually be bottled and packaged.

The employee suggested the heated water should be used instead to clean the brewery's machinery.

A few simple changes to the system's pipes was all it took.

Until this idea came forward a couple of months ago, Labatt flushed all of that heated water down the drain and back to city waterways.

Raising a toast from coast-to-coast

Peter Delamont, general manager of the Labatt Edmonton brewery, said he was thrilled with his team for coming up with the idea.

"If you pile up all that water usage, it's going to make a huge impact on the overall environment long term," he said.

"It's important that we leave a better environment for our children."

The idea has now been adopted by all six Labatt breweries across Canada.

Delamont said he hopes the idea will also catch on in the company's American branches.

The employee who came up with the idea declined to comment.