There is a demand for middle-density infill housing in Edmonton, but the city needs to figure out how best to do it, says Mayor Don Iveson. "I think we have to come up with a zoning package that is straightforward for them (developers) to use," Iveson said Wednesday.

There is a demand for middle-density infill housing in Edmonton but the city needs to figure out how best to do it, says Mayor Don Iveson.

"I think we have to come up with a zoning package that is straightforward for [developers] to use," Iveson said Wednesday. 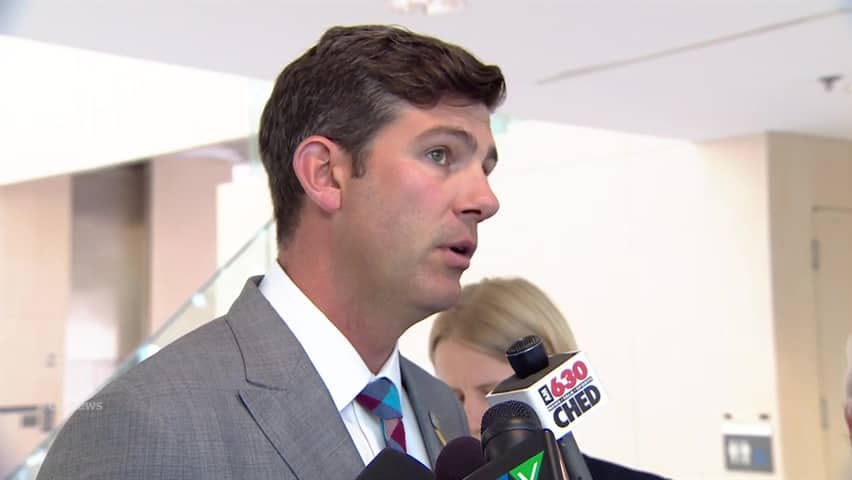 City council's urban planning committee received an update on the work city staff are doing to address what's described as the "missing middle" when it comes to infill.

Staff told councillors Wednesday that 66 per cent of Edmonton households can't afford the average priced home in older neighbourhoods, which is about $360,000.

Most of the infill being built now in those neighbourhoods can cost just as much or even double that.

To create some of this "missing middle" infill under current zoning bylaws is very difficult, Mick Graham, builder and president of Infill Development in Edmonton Association (IDEA) told the committee.

"If we're ever going to get away from the sprawl that we seem to be continuously building, we've got to make the economics make sense for people to be able to move into the mature neighbourhoods," Graham said.

"I'm not talking about subsidies. We do need to look at processes more."

Part of the problem is that land costs in mature or older neighbourhoods are much higher than land in new developments, Graham said. It also takes months longer to get the required permits, he said.

The extra costs and delays add almost $100,000 to the cost of the house, with delays costing a developer or homeowner $500 a week, he said.

Graham pointed to one builder who has been trying to develop a five-unit building in the Queen Mary Park neighbourhood for the last two years, and keeps running up against roadblocks.

Demand is there, says mayor

If Edmonton wants to compete globally for talent, it needs affordable housing in walkable neighbourhoods that are centrally located, said Iveson.

"Cities that have this housing form are very, very successful," he said.

Irene Blain, with the West Jasper/Sherwood community league, told the committee that before the city gets too far into this new type of infill, it has to address the construction problems that have been occurring with current infill development.

Coun. Michael Walters said there are also concerns around what some new developments look like.

He said he's seeing examples of "Darth Vader design" in his southwest ward.

"Black walls, corrugated steel. I don't think anyone likes it," he said.

Design is difficult to regulate, city planners told the committee.

Some councillors suggested the city avoid a one-size-fits-all approach and take a neighbourhood-by-neighbourhood view to design instead.

Housing for seniors also needs to be part of the discussion, said Coun. Andrew Knack.

In some cases that may be due to high land costs in some mature neighbourhoods, said Peter Ohm, Edmonton's chief planner.

When it comes to development, the city does need regulations and policies, but not enough to make it cumbersome, Ohm said.

"There's a balance between what a builder needs and what's acceptable to a community."

City staff are looking at what zoning bylaws may need to change to accommodate this new type of medium-density infill.

There will be public consultation later this year before a final plan comes to the committee next summer.
CBC's Journalistic Standards and Practices|About CBC News