'Why did they do this to mommy?': Ottawa urged to reunite Edmonton family after mom's deportation

The case of Canadian-born children whose mother was deported to Niger is prompting calls on Ottawa to quickly reunite the family.

'Canadians condemn the U.S.' for splitting immigrant families, but 'you have it in your backyard,' says father 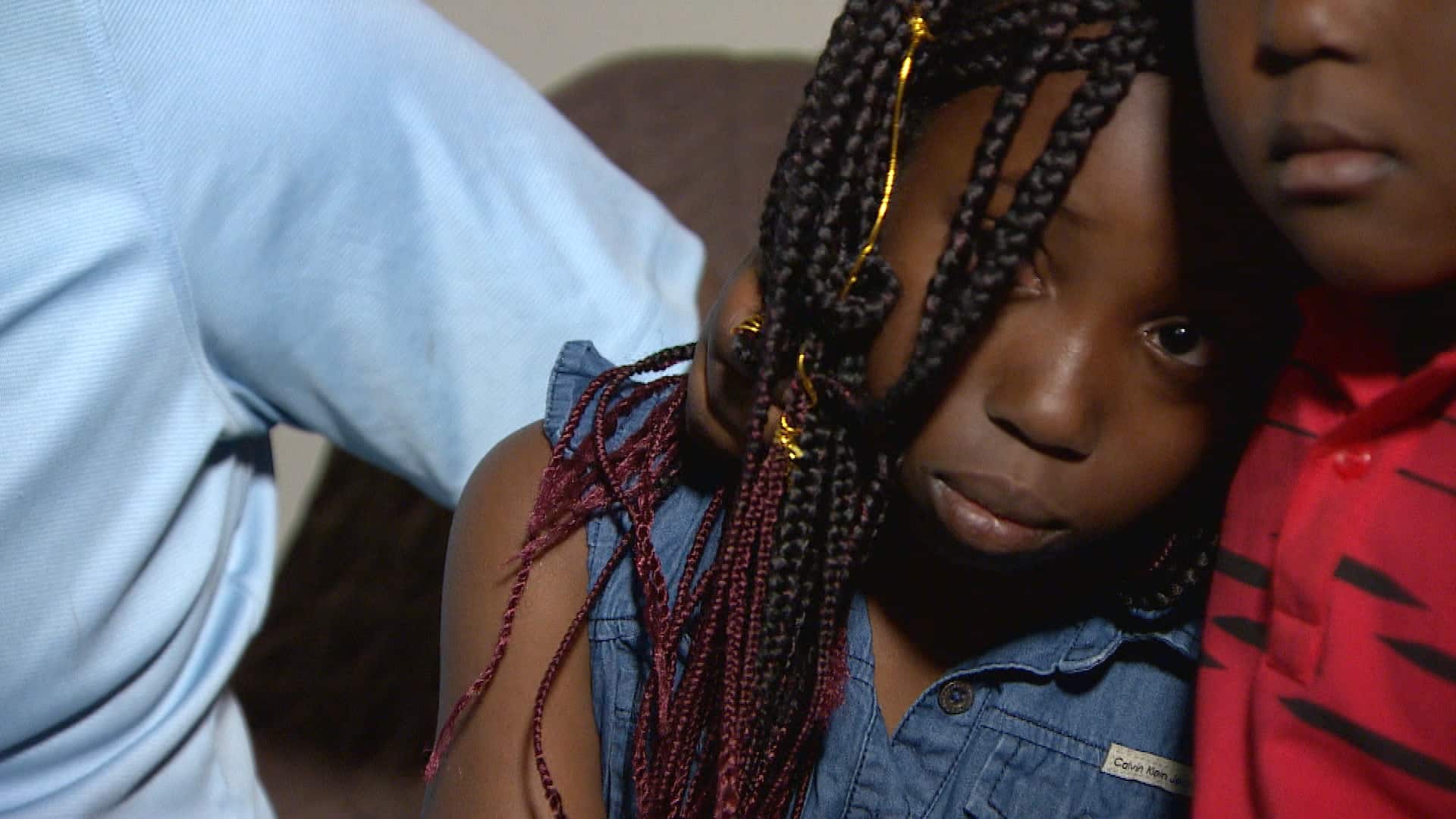 2 years ago
1:50
Six months after their mother's deportation, Yasmina and Youssef struggle with her absence. 1:50

When Sali Mohamed was deported from Edmonton to Niger in January, she left behind her two children and common-law husband whose lives also changed drastically.

In the past six months, her daughter Yasmina, 7, has learned to style her own braids, to pick out her own clothes. She has lost her appetite and now attends counselling. Each night, she has to sleep at a neighbour's house, where she often wakes up crying.

On a recent phone call to West Africa, her little brother, Youssef, bounced up and down in his family's basement suite in west Edmonton, listening to his mother's soothing voice.

"Don't forget, I love you," Mohamed told her son. "I love you, too," the five-year-old said, his voice cracking.

When you come back mommy, we're going to celebrate a party for you. Don't worry, mommy, you will come back.- Yasmina , 7

Yasmina fretted about her mother's well-being, and they both tried to reassure each other things will be OK.

"When you come back, mommy, we're going to celebrate a party for you," Yasmina said, as her father wiped away tears. "Don't worry, mommy, you will come back."

Then the line cut out, and her mother was gone.

The sun was already fading from the winter sky that day when the family learned about a removal document that ordered Mohamed to report to the airport by 10:30 p.m. for a flight to Niamey, Niger's capital.

Family and friends scrambled to gather supplies and money to help Mohamed survive in one of the world's least developed countries.

Final moments with her family were captured on video at Edmonton International Airport. Yasmina and Yussef, and their father, Inoussa Aouedi, were all sobbing and clinging to Mohamed, before she tore herself away and walked off, trailed by border guards.

"Why did they do this to mommy?" Yasmina asked, weeping in her father's arms. "I will miss you, mommy."

Mohamed, 44, first sought asylum in Canada in 2007 after fleeing a forced marriage in Niger, according to her common-law husband, Aouedi, who is a Canadian citizen. The two met in Ontario in 2011, fell in love and moved west to Alberta, where Mohamed worked handing out food samples at grocery stores.

That same year, her asylum claim was rejected by Canadian authorities, who didn't agree she faced the risk of persecution in Niger. Mohamed's application for permanent residence status on humanitarian and compassionate grounds was denied in 2013.

Two years later, immigration authorities refused Mohamed's spousal sponsorship application, because her Niger passport was no longer valid. It was difficult to renew, because Niger doesn't issue passports from outside the country, or have an embassy or consular services inside Canada.

In October 2016, authorities turned down her application for a pre-removal risk assessment, which described the risks Mohamed would face in Niger. A year later, she managed to get a passport and reapplied for spousal sponsorship, asking for more time so her application could be processed. The current processing time is 12 months.

By that point, Mohamed was required to regularly check in at the office of the Canada Border Services Agency (CBSA), located along a strip of bars and restaurants in downtown Edmonton. Each time she went, her husband and children waited anxiously outside.

Still, the family had faith Canada wouldn't separate a mother from her Canadian-born children.

In January, their faith was shattered when Mohamed was deported.

Federal officials would not comment on Mohamad's case directly, but a spokesperson for CBSA said parents who are deported may choose for their children with Canadian citizenship to remain in Canada.

"The final decision to have the child travel with or without the parent ultimately remains with the parents or guardians," spokesperson Mylene Estrada-del Rosario said in an email.

No future in Niger

But Mohamed and Aouedi knew their children, born outside marriage, would have no future in Niger, a country racked by insurgency, poverty and drought. Slavery was only banned there in 2003. Surrounding countries such as Mali and Libya are rife with conflict and terrorism.

In her January ruling, Justice Susan Elliot of the Federal Court of Canada accused Mohamed of misinforming authorities about whether she had a passport. She dismissed Mohamed's fear about returning to Niger as a "Muslim woman with two children born out of wedlock."

Elliot said she considered Mohamed's argument that deportation would cause "unforeseeable hardship" to her family and "irreparable harm" to her young children.

In the end, the judge ruled against her.

Six months later, Aouedi juggles daily heartache with the endless tasks of single parenthood, as he recovers from surgery on both feet.

He worries his children's performance is slipping at school without their mom to teach them and check their homework.

By day, he shuttles the kids to school and counselling sessions, then works 12 hours each night while they sleep at a neighbour's home.

"They wake up in the night and ask, 'When's mommy coming?'" Aouedi said in an interview, as Yasmina hugged him.

I feel very bad, because they are very small. They are Canadian. They need their mom.- Sali Mohamed

Yasmina said her dad has helped her stay strong. The day CBC visited, she sang words her mother used to sing to her before bedtime: "Sweet mother, I never forget you. Stop, stop. Don't cry. When Yasmin doesn't sleep, mother never sleeps."

Aouedi said he has heard Canadian politicians "talk big" about human rights, but no longer believes them, pointing to the controversial separations of immigrant families in the United States.

"I see Canadians condemn the U.S.," he said. "You condemn somebody [but] you have it in your backyard."

In a recent phone call, Mohamed told CBC News she has fled to nearby Benin, because she's "in hiding" from relatives in Niger, where having children outside of marriage is condemned by her Muslim religion. Then she spoke about her children.

"I feel very bad, because they are very small," she said. "They are Canadian. They need their mom."

Association Niger Canada Sahel, a community group based in Edmonton, has called on the federal government to expedite Mohamed's application process.

Vice-president Ibrahim Karidio said the "heartless" deportation was the result of poor legal representation and bureaucracy.

"It's a law that was applied so harshly and so blindly, with no regard to the consequences it may have on families, on vulnerable children," he said.

"There is no way any child should be left alone without their mother, or their parents together."

According to Immigration, Refugees and Citizenship Canada, Mohamed submitted three incomplete applications for permanent residence in 2013, 2014 and 2017. Another application, received last November, is now being considered.