This year the fringe theme is "A Midsummer Night's Dream" with shows across 42 venues. 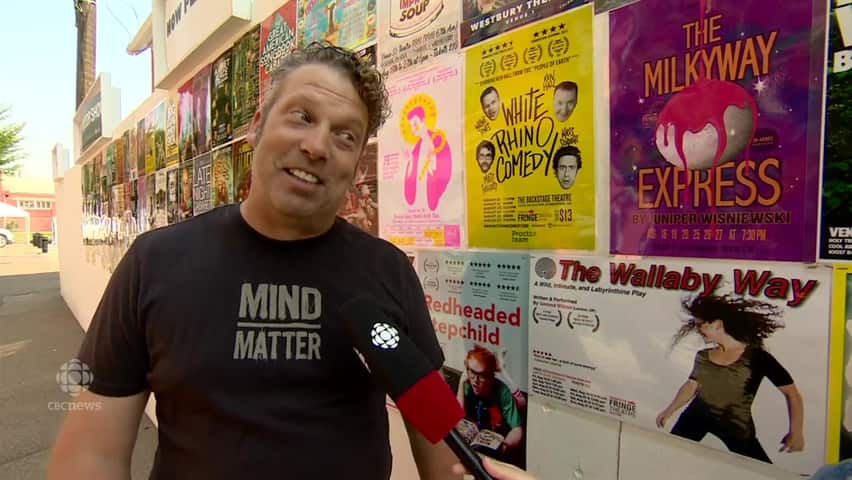 3 years ago
0:51
Artistic director of the Edmonton Fringe Festival, Murray Utas, is making changes to how the playbills are being displayed. 0:51

Workers bustle around Murray Utas as he holds up a playbill and staples it next to dozens of others on the poster wall next to Orange Hall.

Putting up 880 playbills is one of the last tasks for the artistic director to check off his list before the 36th annual Edmonton International Fringe Festival kicks off Thursday night.

"There is something you can't define about the energy that happens at this place. The connection that you have with other people, it's kinetic," said Utas.

This year the fringe theme is "A Midsummer Night's Fringe" and the festival features 220 shows across 42 venues.

Utas has been running the festival for the past four years, but he's been part of the fringe as an artist since 1994.

"I love this event for the way that artists and the audience collide in such a wonderful way and in such an immediate way," said Utas.

Sales on track for another blockbuster year

Last year, the festival had the highest attendance in any year, and Utas is hopeful they'll be able to match or beat those numbers this year. He said the festival is already up in ticket sales from where they were at this time last year.

This year, the festival team has revamped Kids Fringe. They've added a fairy garden, and will have passports that kids can use to collect stamps by making crafts, watching performances, counting the fairies and high-fiving volunteers.

Once kids collect all the stamps for their passport, they will be able to trade it in for a voucher for a free ice cream treat.

"Before I felt if you were a cool eight(-year-old], you weren't coming to Kids Fringe," said Utas.

Now he hopes by adding new programming and playing into the festival theme, more kids will want to pay the mini-festival area a visit.

Utas said they've also added a "random show generator" button to their website where festival goers can get a show suggested for them, if they're overwhelmed by all the offerings.

But his best advice is to talk to people in the lineups for show suggestions.

"If you look for the hardcore Fringers — the ones with Fringe tickets in their hats — and they're in the lineup and they have a bent up guide and it's all rat-tailed because they've been looking at it so much, those are the people who will help you pick a show," said Utas.

Utas said artists and audience members will be travelling from all over to take part in North America's oldest and largest Fringe festival. 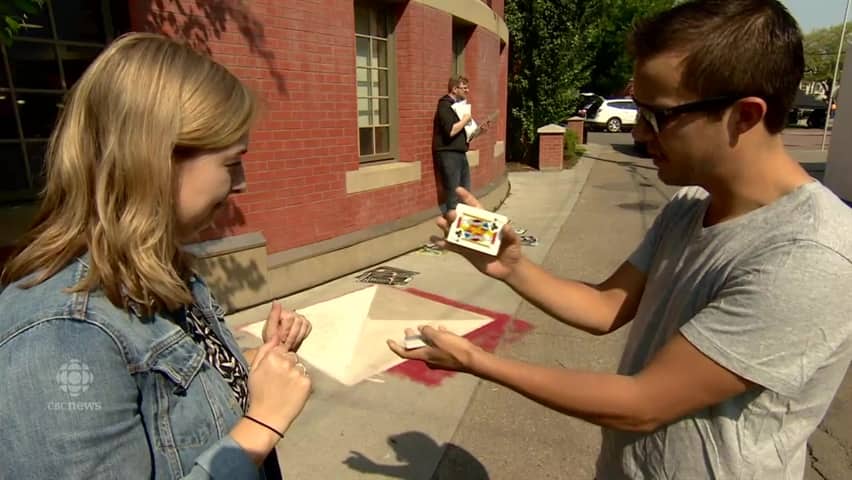 3 years ago
1:48
Camilo the magician shows CBC’s Emily Rendell-Watson a few tricks from his Art of Magic fringe show. 1:48

His magic show debuts on Saturday in Venue 8, the Old Strathcona Performing Arts Centre. It's called "The Art of Magic."

He'll do card tricks with a camera and projector so that everyone in the audience can see, and then move on to bigger illusions like making things fly.

"It's a show where I do most of the old illusions that the magicians used to do. It's the kind of magic that I grew up watching so I'm going to pay a tribute to the old magicians in my show," said Dominguez.

Dominguez said his favourite thing about the fringe festival is meeting new people and connecting with old friends.

"I'm very excited. I can't wait for Saturday to get the ball rolling," he said.

The festival opens Thursday at 7 p.m. with a performer's promenade at the ATB Outdoor Stage in Old Strathcona. Audience members will have a chance to watch show pitches and short previews before the regular shows kick off at 8 p.m. The festival runs until August 27th.