Fitness studios, like so many other small businesses shuttered by public health orders, have been forced to adapt quickly to survive.

With gyms closed, instructors are moving classes online and into the home

With gyms closed indefinitely amid the COVID-19 pandemic, fitness studios are moving their classes from the studio into the virtual realm.

Like so many other small businesses shuttered by public health orders, fitness studios have been forced to adapt quickly to survive.

Gyms have been closed since March 27 when Alberta all forced non-essential businesses to close in an attempt to slow the spread of COVID-19.

While some businesses have frozen or adjusted their memberships to retain clients, others have switched their classes online entirely, in the hopes they can reopen when the restrictions are lifted.

'We've lost that client base'

For Kara Botelho, owner of Integration Pilates in Edmonton's Oliver neighbourhood, it's been a steep learning curve. Small studios have been the hardest hit, and Botelho wasn't prepared for the financial pain.

Business had slowed in the past decade but it was manageable. Since the closure, she's making enough to pay the bills but not much beyond that.

Botelho and her instructors have been streaming classes online but she's not charging full price.

While her clients have moved home, the equipment needed for many Pilates exercises remains stuck in the studio, and that means she's losing some of her regular customers.

"A lot of our clients come to the studio mainly for the equipment," Botelho said in an interview with CBC Radio's Edmonton AM.

"Equipment is sort of a niche that is specific to privately owned studios. And the equipment is far more accessible for some people that have injuries and things like that. And so our virtual classes, they just can't do them. We've lost that client base for now."

Botelho said with fewer classes at a reduced rate, the business is struggling.

She's not alone. Small fitness studios across the city are fighting thin margins.

A lot of people have lost their jobs or they don't really have the time at home.- Michelle Kaplan

Kaplan said it was a crash-course in technology. She and other instructors are coming into the studio space and leading the classes using Zoom.

Fees have remained the same. Belly dancing doesn't require any special equipment and Kaplan needs to pay rent on the studio.

Registration has dropped but she's not surprised. Many people are too busy or too financially stressed to exercise, she said.

"Because of all of this, a lot of people have lost their jobs or they don't really have the time at home, or they don't have the space," Kaplan said.

"It's a bit difficult for them. Normally, they can get away, take the class and have somebody else take care of the kids."

'Take a class from anywhere'

There has been one silver lining, however. Even as registration slides, Kaplan is seeing new students from across the country sign on for her classes.

"It does open us up to advertising outside of the region," she said.

"If you're not able to make it to the studio, you can make it to your home. You can log in and take a class from anywhere.

"I do have people that are logging in from Ontario, from British Columbia, people from different areas of Alberta that are now signing up for classes, so that does help."

Kaplan said returning to the studio, even when it is empty, has given her staff an invaluable sense of normalcy during a surreal time.

Angela Zawada, founder of Metta Yoga Edmonton, has a similar outlook on the value of fitness during the pandemic.

A hot yoga studio with two locations in Edmonton and one in Calgary, Metta has been operating for 13 years.

Zawada estimates that each studio would have had around 100 or more students coming through the studio door every day.

Classes have moved online but they're being provided for free.

Zawada feels like everyone could use a little yoga now, more than ever.

"The biggest thing we still wanted to provide was practice, the yoga practice," she said.

"There are so many benefits of yoga and now people are definitely more at home and even though they still can be super, super active at home, some people are maybe a little more sedentary.

"So to have a practice of yoga, movement, breath, they can benefit so much from it, so we just really wanted to provide this opportunity to offer it, free of charge."

Zawada said it has been incredible all the ways the community has reached out to her to offer support.  Many of her students offered to make donations to keep the studio running.

She's encouraging her staff and clients to remain positive and keep active. She's looking forward to the day she can see everyone back together elbow to elbow in studio.

"Keep doing yoga, moving at home and breathing," she said.

"Let's just build this community and do it together so we get out of this on the other side, all positive and healthy and get back in the hot room." 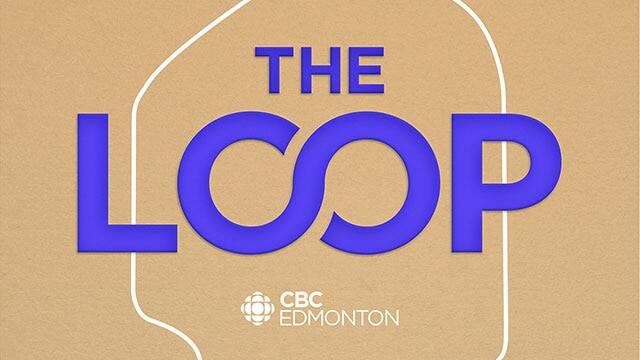 The Loop24:33Far From Ordinary
Things right now are tough — no matter what your situation, it feels far from ordinary. This week, CBC’s Ariel Fournier helps us navigate maintenance work and what it means to visit other people’s homes right now. From the CBC Business Unit, Kyle Bakx walks us through a historic week for oil prices, and we hear about a summer staple that is officially cancelled due to COVID-19. And we reflect on the shooting in Nova Scotia, and how the tragedy is playing out closer to home. 24:33
CBC's Journalistic Standards and Practices|About CBC News