Edmonton is not included in changes to eligibility for Employment Insurance benefits announced in Tuesday's federal budget on Tuesday. 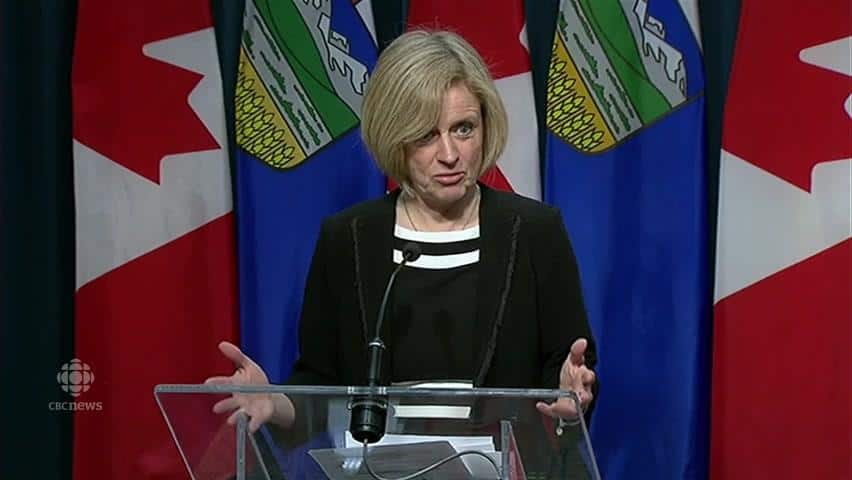 Notley reacts to the federal budget

5 years agoVideo
3:46
Alberta Premier Rachel Notley commented on the extended employment insurance benefits in the federal budget. Allocation of infrastructure money was not clear to the premier. 3:46

Edmonton is not included in changes to eligibility for Employment Insurance benefits announced in Tuesday's federal budget on Tuesday.

The budget changes mean unemployed workers in 12 regions in western Canada, northern Canada and Newfoundland and Labrador hit hardest by the faltering economy will find it easier to qualify for benefits and will receive them for a longer period of time.

Premier Rachel Notley said Edmonton was not included because the region hasn't felt the job losses sustained by other parts of the province.

"I'm disappointed that Edmonton is excluded," Notley said, adding she hasn't had a chance to look at the criteria used in making that decision and will "push hard" if they don't make sense.

The government will also watch the employment levels in Edmonton for any negative changes.

"We will keep a sharp eye on the state of job losses in Edmonton and we will continue to push very aggressively for changes if the situation worsens."

Mayor Don Iveson said he would like more information on why Edmonton was omitted and what happens if the situation changes.

"I will want to get confirmation if our numbers shift, the economy deteriorates,  that we will become eligible," he said.

Statistics Canada unemployment numbers for February showed Alberta's jobless rate is higher than Quebec's for the first time in nearly 30 years at 7.9 per cent. But Edmonton's unemployment rate is lower, at only 6.8 per cent.

Edmonton's manufacturing, logistics and hospitality industries have all been hit hard by job losses. But the unemployment rate is lower in the capital than other Alberta cities more closely tied to the energy sector, said Edmonton chief economist John Rose after the February statistics were released.

Notley said she didn't discuss a region by region breakdown with Prime Minister Justin Trudeau when they met last month, only that Alberta needed more help to deal with the large number of job losses.

Alberta claimants who qualify will get an additional five weeks of benefits. Long-tenured employees will receive 20 extra weeks of help.The benefits are also retroactive to January 2015.

Notley said 65 per cent of the people who will benefit from the changes announced Tuesday live in Alberta.