The number of people with viral gastroenteritis among those staying at the Edmonton evacuation centre at Northlands and other centres in the Edmonton area has doubled since the weekend.

The number of cases of viral gastroenteritis among those staying at the Edmonton evacuation centre at Northlands and other centres in the area has doubled since the weekend.

"For most individuals, it's a nuisance, it's a significant nuisance," Sikora said. "If we're at home, if we're in our own environment, we can hang out at home, rehydrate and be sick.

"When you're away from home, when you're in a different place, it's that much more uncomfortable."

About 75 people at the main evacuation centre at Northlands have the virus. But the virus is also showing up at smaller centres around the city.

There are another 13 cases at evacuation centres in other parts of the province.

The virus can be dangerous for the very young or very old, and a few people have been taken to hospital.

Health officials expect to see more cases as the virus runs its course over the week, Sikora said.

"You have a lot of gastro circulating in the community," Sikora said. "It's something that's present in our community and it's something that is passed from person to person. For anyone who has little ones at home, these tend to burn through day cares and burn through schools and kids bring these things home.

"When you have a congregate living site like we have here at Northlands, we might be at increased risk just because there's increased concentration of individuals in one site." 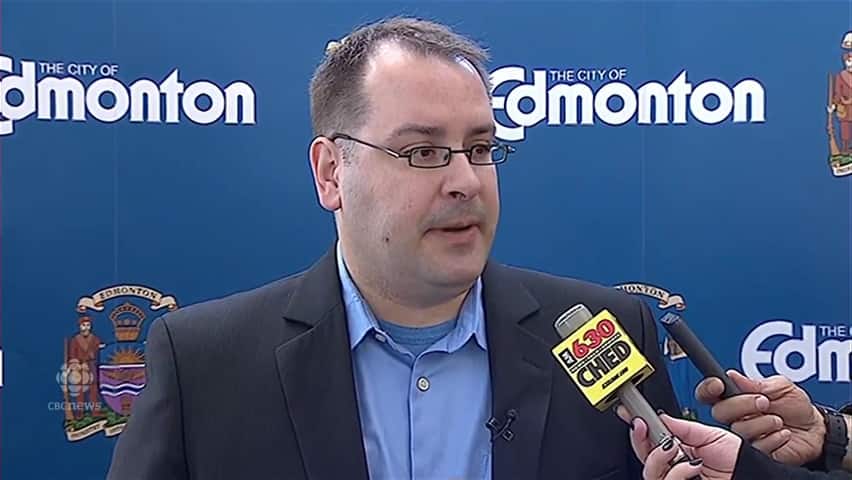 4 years ago
1:05
Dr. Chris Sikora said the number of suspected cases of viral gastroenteritis has doubled since yesterday. Sikora explains the difficulty of suffering from the virus in a public area. 1:05

The good news at the Northlands centre is that only about 400 people are staying at there nightly, down from 600 on the weekend.

That was to be expected, said acting centre manager Gerry Clarke, as evacuees find friends and family stay with or leave Edmonton altogether.

At the same time, the numbers may rise again as the evacuation continues and people relying on friends begin to overstay their welcome.

"As this runs on in duration, it might be time for them to move on," he said. "Move on to something different or give the people that are helping them out a break."

About 4,500 people staying elsewhere are coming to the centre for meals, primarily lunch and supper.

Clarke said evacuees are doing well at the centre, even after watching stark images of burned-out neighbourhoods carried by the media Monday during the premier's tour of Fort McMurray.

Evacuees crowded around the several large-screen TVs at the centre during the tour, he said.

"I stopped to take a look and watched some of the video footage, and it is pretty dramatic," Clarke said. "You could see mixed feelings in some people.

"The positive thing is, they finally got to see home again. There's others that recognized neighbourhoods that might have been where their home was.

"You could see a definite happy-sad separation between the people watching the TV, but on the whole I would say it was very positive, almost like being reunited with a loved one. Something like a city they haven't seen for the last week, and you get a chance to see if the stories are true."

The centre is set up to offer professional care for those who need mental health services, Clarke said.