City councillors are considering a technological gamble with the purchase of new electronic buses, on par with the Betamax versus VHS debate of the 1970s and 1980s.

Edmonton city councillors are considering a technological gamble with the purchase of new electric buses, on par with the Betamax versus VHS debate of the 1970s and 1980s.

There are four electric bus vendors and technology is expanding rapidly, making administration timid to invest too heavily on just one type of electric bus, according to some councillors.

"You're investing then in one technology that you're hoping is the technology of the future," Robar said. "It's a risk."

Many councillors looked at it differently. Coun. Ben Henderson said the downside of waiting to see what technology prevails is that you might have neither in the meantime.

He said if someone decided to wait out the war that went on between Beta and VHS, they may have ended up waiting 15 years for Netflix to come along.

"I'd like our city to show some leadership on this," said Mayor Don Iveson.

In 2014, CBC spoke to one of the test-drivers of the electric buses 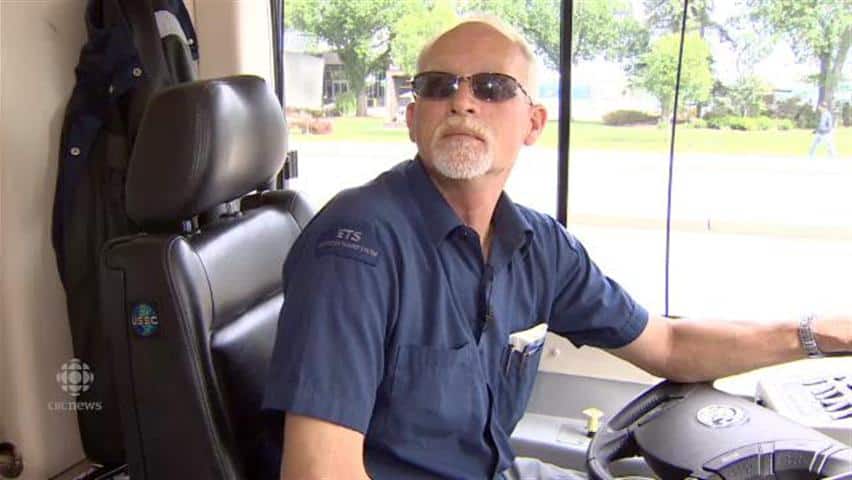 6 years ago
1:34
Edmonton is testing new buses. Driver Melvin Werkman discusses what they're like to drive 1:34

The city plans to buy 80 buses in the next two years, and 78 per cent of people who responded to a city survey support buying more e-buses.

The cost of an e-bus and a diesel bus are about the same, mainly because the electric buses are cheaper to maintain and don't use gas. The initial cost of buying the buses could be partially offset by the federal public transit infrastructure fund and reinvestments of Alberta carbon levy dollars.

Iveson asked city staff to put together two proposals for budget discussions in the fall: the first for only five buses to be electric, the second to buy 40 electric buses.

The problem with buying 40 electric buses right away is that the city doesn't have the capacity to house and run them all, said Robar.

The city might need to stage the purchase over several years while construction is finished on a new northwest transit garage. The other option would be to retrofit the city's current garages with more charging stations.

Robar said there would be some adjustments when it comes to operating the new buses as well. E-buses don't have the battery life needed to run on some routes.

One type of electric bus the city is looking at can only run for 220 km. Robar said that would expand to 500 km in the next five years.

Robar said he would have no hesitation about the electric buses if they had a longer range right now. He said all the potential costs and pitfalls will be included in his report to council in the fall.

Iveson said Edmonton could be a leader in this type of green energy, as no other Canadian city has jumped to make a large order.

But then when it came time to decide in the past, Iveson said he put his money on beta.

"We had a beta and it was great. Beta was better."