Beyond the end of the COVID-19 pandemic, Edmonton Mayor Don Iveson sees a future of vibrancy and investment opportunity for the region.

'We can ... overcome tremendous challenges by pulling together,' Don Iveson says 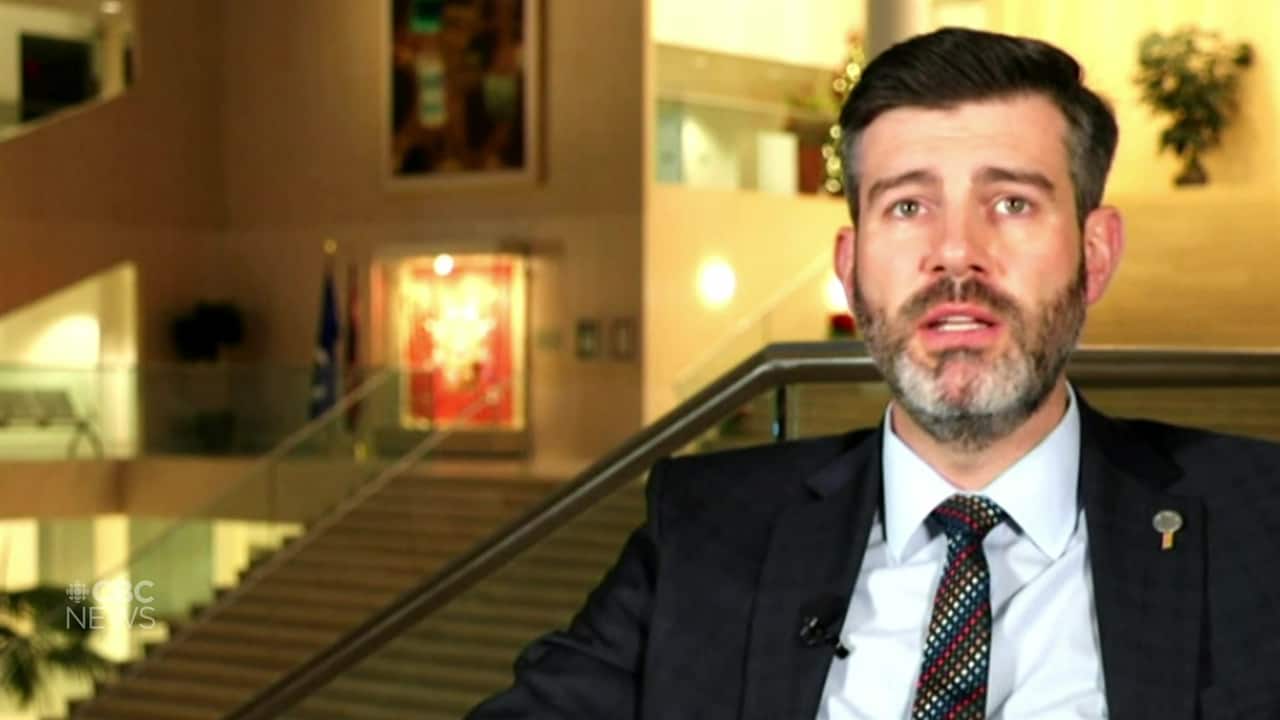 30 days agoVideo
2:07
Edmonton Mayor Don Iveson predicts the city will emerge from the pandemic with a new energy. 2:07

Beyond the end of the COVID-19 pandemic, Edmonton Mayor Don Iveson sees a future of vibrant growth and solidarity for the region.

In a year-end interview with CBC News, Iveson said he believes the sense of community and human connection will be stronger after Edmonton pulls through the adverse effects of the pandemic.

"I think that there'll be a resurgence, a bit of a pent-up demand — explosion for community life, for arts, creativity, investment, entrepreneurship, tourism, the food scene."

Iveson likened the reinvention to the way Edmonton transformed itself in the early 1990s.

"The last great punch in the gut in this city was the recession in the '80s," Iveson noted.

"Remember what came out of it, too — which was the festival scene, the arts community that we have here, just a massive growth in volunteerism and civic engagement."

Iveson said the spirit of overcoming adversity is in Edmonton's DNA.

"There is community, there is hope. We can look to the better angels in our nature and overcome tremendous challenges by pulling together."

In November, the 41-year-old Iveson announced that he won't seek a third term as mayor in the municipal election to be held next October.

With 10 months left in his second term, he said he believes the next mayor and council should draw perspectives and points of view from a diverse public.

His words of wisdom for the next mayor echo something he heard years ago. During a debate on the future of Northlands, somebody used an expression that's stuck with him.

Iveson's prediction of hope and prosperity for Alberta's capital city comes as COVID-19 cases in the Edmonton zone surpassed 10,000 on Dec. 14 — one day after tougher provincial restrictions took effect.

Per capita, the cases are among the highest in the country.

A few weeks ago, Iveson and several councillors showed frustration at the province's lagging action to get cases under control.

Iveson lamented the swift spread of the second wave in Edmonton and Alberta.

"The virus has also shown that if you give it an inch, it will take it. And we gave it several inches here for too long," he said. "It was allowed to hit Alberta especially hard."

The mayor said the number of people dying and suffering because of COVID-19 is heartbreaking. Despite his prediction that Edmonton will rebound after the pandemic, he admitted it will have a long-term negative impact on aspects of life.

"No doubt, it's had a devastating economic impact."

With many people unemployed, businesses closed, more businesses on the edge of collapse and a rise in domestic abuse, he said it will undoubtedly take a lot to pull through.

"People are really struggling and I think there will be consequences to that, to mental health, to economic resiliency," Iveson said.

"I'm really concerned about our employees and concerned about the health and well-being of Edmontonians in this circumstance," he said. "But at least now we have the measures in place to give ourselves a fighting chance here."

Future of the region

At the end of 2017, Iveson touted Edmonton Global — a regional collaboration of 15 municipalities — as one of the highlights of that year.

In the past two years, he said he's veered away from the goal of developing the regional collaboration with a focus on attracting new investments.

Iveson proposes a benefit-sharing deal to which all surrounding municipalities would contribute and derive a slice of the investment.

Whether distribution centres or factories go up in Strathcona County, Beaumont, Sturgeon County or St. Albert, the host municipality would get the majority of the payment, he suggests, with the other places getting a cut.

If a plant gets built in a neighbouring county, that would lead to better transit service for commuting workers, which in turn would attract more investment, he said.

Iveson said pooling resources could help pay for initiatives such as the Regional Transit Commission to add to "seamless labour mobility" among municipalities.

"I was really hoping to deliver that and I haven't given up. I'm leaning into that really hard here with our neighbours."

We were asked to blink many times on LRT through our tenure here. He's never blinked.​​​- Coun. Michael Walters

Coun. Michael Walters, who's worked with Iveson since the 2013 election, says a regional transit system and the LRT network are vital to the future goals of the city.

"A city plan that asks for a denser, more compact, more vibrant core only means something if you have mass transit as its spine," Walters said.

He noted that Iveson has been dedicated to an expanded transit system and LRT since he was first elected as a councillor in 2007.

"He's made this theory of a more compact density far more possible through the commitment to transit and mass transit and LRT construction than it would have been if we had gone soft on that issue," Walters said.

"We were asked to blink many times on LRT through our tenure here. He's never blinked."