Plains Cree-to-English dictionary underway at the University of Alberta

A new project at the University of Alberta aims to create a living Plains Cree-to-English dictionary, helping students learn the complex language.

Dictionary expected to be ready within next year 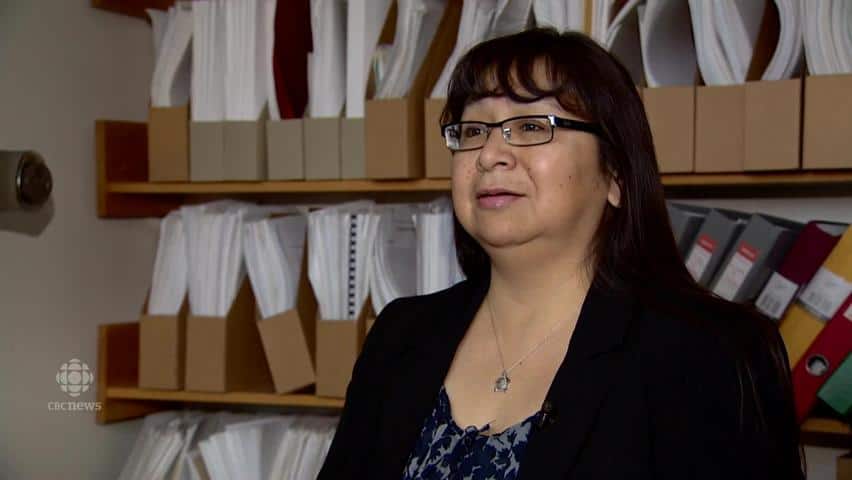 6 years ago
0:59
Dorthy Thunder talks about her connection with the Cree languages, and why it is vital that students keep it alive. 0:59

Paige L’Hirondelle studies Cree every day. The language, once widely spoken by her family, has begun to slip into history.

“I think it is slowly dying,” said L’Hirondelle, who is taking native studies at the University of Alberta. “I didn’t even know what is supposed to be my own language.”

The legacy of Canada’s residential schools, which prevented generations from learning their indigenous languages, means there are fewer Cree speakers every year. L’Hirondelle, 19, said her family knows but doesn't speak to her in Cree, nor do many others where she grew up in the East Prairie Métis Settlement, near High Prairie, Alta.

The loss is greater than just words — L’Hirondelle said it creates a distance from her own history.

“That was our own sacred language. To not being connected to our own language, we are taking a step back from our own culture and traditions.”

It’s not an easy task; Cree is a complex and richly descriptive language, one where different intonations can completely change the meanings of words.

“As a fluent speaker, you don't’ realize all of that is happening,” said Cree instructor Dorothy Thunder.

Thunder has partnered with Antti Arppe, a linguistics professor who is designing an electronic Plains Cree-to-English dictionary to help students learn the language.

Before the dictionary, when students came across an unknown word, they would have to look it up in a textbook or glossary: a time-consuming process that doesn’t always bear fruit.

Thunder said the new dictionary would allow students to use the technology they use every day — smartphones and tablets — to search a much larger collection of Cree words.

Arppe said the dictionary, which uses software that translates indigenous languages in Scandinavia, is much easier to keep current than a physical glossary.

“A language lives. The tools are never finished.”

Arppe said the dictionary is the first step to developing other tools to help people learn Cree —  things like spell-checking programs that users of other languages take for granted.

Work on the dictionary has already begun. Arppe expects to have a version ready in the next year, with an app to follow.

For Thunder, it’s a project that will do more than keep Cree words from slipping into history. It’s a task that will help many people reconnect with something that was taken away long ago.

“I feel much better speaking my own language. It comforts me. It's who I am,” she said.