The southwest leg of Anthony Henday Drive was a bit of an experiment. Paved with concrete, the 14-kilometre stretch of freeway was supposed to last longer and need less maintenance, but that’s not what happened.

'It will rattle you right out of your seat,' motorist says of 14-kilometre concrete stretch

CBC's Kory Siegers is spending time digging into stories just like this one that explore issues affecting neighbourhoods around the Anthony Henday ring road. We'd always love to hear your ideas. You can email us at edmontonam@cbc.ca or kory.siegers@cbc.ca

It was the first concrete roadway built by the province — a 14-kilometre stretch of Anthony Henday Drive between Lessard Road and Calgary Trail.

Things haven't worked out that way.

When it opened, the provincial government lauded it as a road surface that would need less maintenance than asphalt.

Today, after hitting its service life 15 years early, it's undergoing a second major rehabilitation as part of a $125-million expansion project expected to wrap up in 2022.

Jacob Ross usually avoids that section of the Henday, but he had to use the route in December to get to a location off 91st Street.

"Being on that with a one-ton pickup truck and a 24-foot trailer with side by sides on behind you, it was just absolutely horrendous," said Ross, a Whitecourt business owner.

"It will rattle you right out of your seat," he said. "The seatbelt actually starts to really cinch in. It's like you've hit something."

Ross has driven that section of Edmonton's ring road in other vehicles, and says it's not as bad, but with a trailer it can get pretty rough.

A forensic evaluation published in 2019 found the actual daily traffic has been closer to 92,000 since it first opened.

"If everything had gone per design and traffic projections, it would have lasted longer," Shakoor said.

"That section is carrying more than twice the traffic for which it was designed."

Along the roadway some panels are cracked. Joint sealants are failing. Some of the dowel bars connecting the concrete slabs were found to be misplaced.

Shakoor blames Alberta's extreme climate conditions for some of the issues.

Within six years of opening, cracks in the concrete were starting to show. The section underwent major rehabilitation work in 2012-13. More than 100 of the panels had to be taken out and replaced.

Diamond grinding — a pavement restoration technique — was used on the equivalent of nine lane-kilometres to try and improve the ride quality.

But still, concerns about ride quality persist. There are drainage issues, and the condition of the pavement was found to be fair to poor in the forensic report.

In 2018, the NDP government announced the southwest leg of the freeway would be widened with the addition of one more lane in each direction for a total of three lanes each way.

In 2019, the UCP government announced the project was moving ahead with construction beginning that year.

The $125-million expansion project covers 18 kilometres of the Henday from Whitemud Drive to 111th Street. The concrete that is already there has a wide shoulder. It will become the third lane and a new concrete shoulder will be added.

About $15 million to $20 million of the budget is earmarked for rehabilitation work on the concrete between Lessard Road and Calgary Trail — panel replacement, drainage improvements, dowel bar fixes and joint sealant repairs, among other work.

The province was given two options to improve the ride quality: diamond grinding or an asphalt concrete pavement overlay, which means putting a layer of asphalt over the concrete surface.

Shakoor said the province decided to go with the diamond grinding, but asphalt is not out of the question in the future.

The rehabilitation that will be done over the course of the next 18 months is hoped to extend the concrete section's lifespan by 10 to 15 years.

"When the concrete repairs are all done and the road is open next year, we will see how it performs," Shakoor told CBC News.

"When [it's time] for another rehab ... we will consider if an overlay will provide us good value for money." 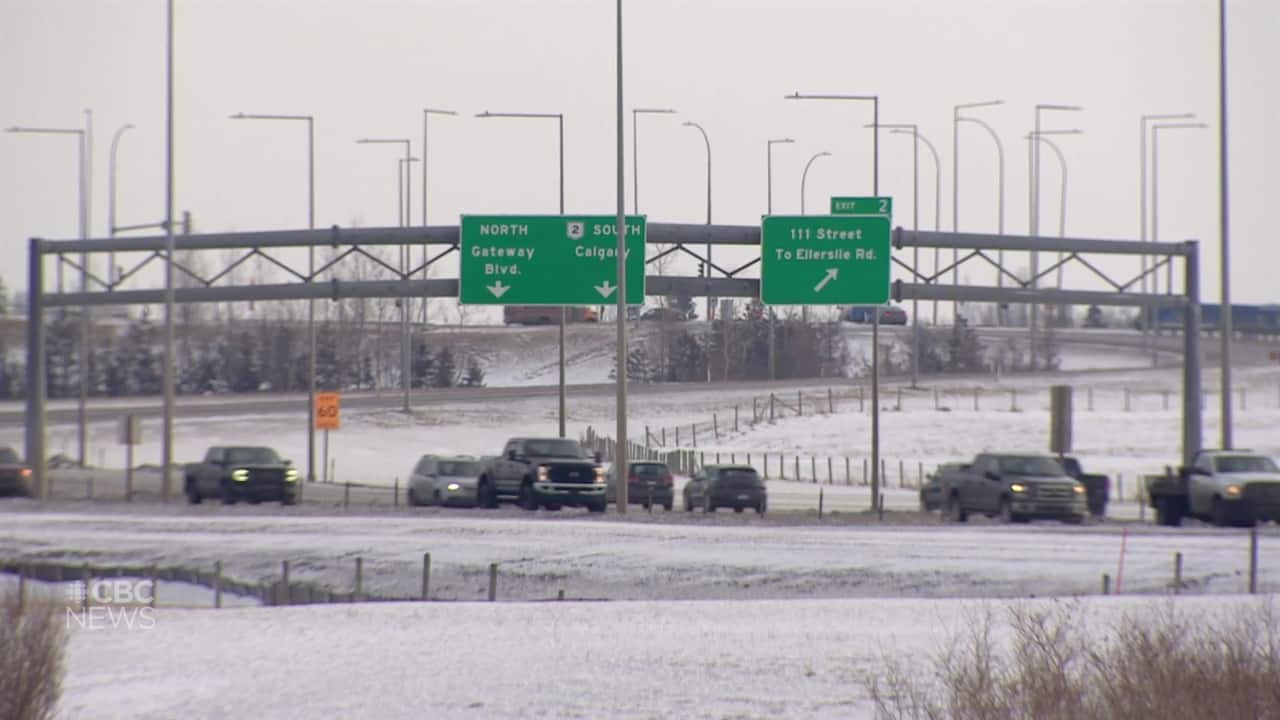 16 days ago
2:18
The southwest leg of Anthony Henday Drive was a bit of an experiment. Paved with concrete, the 14-kilometre stretch of freeway was supposed to last longer and need less maintenance, but that’s not what happened. 2:18

In 2003 the province began using alternate tendering, allowing providers of asphalt and concrete to compete for the bid. The concrete came in at a lower cost.

"The life cycle cost analysis at that time also indicated that [concrete] would perform better without any major problems," Shakoor said.

But because of everything the road was up against, it didn't meet those expectations.

"It is durable, it lasts long, but if there is wide temperature variations ... and if there are problems with drainage there are issues that come up," Shakoor said.

"This is specific to Alberta conditions, otherwise in other jurisdictions, concrete pavements perform very well."

Shakoor said concrete pavement can be useful in some projects such as roundabouts, or in intersections where ruts are a problem.

"We have learned from this experience with concrete on the southwest Henday project and we will consider that in the future projects."

When construction starts again this spring, motorists can expect to see some disruption — but Shakoor said efforts are being made to keep construction down to stretches of three to four kilometres, or between interchanges.

The work is expected to be completed in October 2022.

Kory Siegers is a producer with CBC Edmonton who has spent two decades covering news in Edmonton and northern Alberta. You can reach her at kory.siegers@cbc.ca.