Const. David Wynn, 42, was shot and killed at a St. Albert casino in the winter of 2015. Here's what happened.

Four years after the slaying of an Alberta RCMP officer, a fatality inquiry is working to determine what can be learned from his tragic death.

Const. David Wynn, 42, was shot and killed at a St. Albert casino, north of Edmonton, in January 2015. The inquiry into his killing is expected to conclude Thursday afternoon.

Wynn's death dominated the news cycle and was one of CBC Edmonton's top stories of 2015.

It was a slow Saturday night in January.

Wynn was checking licence plates in the Apex Casino parking lot — a typical task for RCMP members on a quiet shift. He found a plate that didn't match the truck it was attached to and went into the casino to check the building's security footage, suspecting the vehicle was stolen.

Aux. Const. Derek Bond, 49 at the time, was called in to help Wynn review the tape.

The pair identified a suspect, unaware the man was still in the building.

The guy turned around and shot him.- Rodney Codner , Witness

Rodney Codner and his wife were playing the slots nearby.

"When I look up, there's three people charging towards us," Codner said a month after Wynn's death. "I noticed that two people had vests on. They were police officers and they were chasing a guy."

Wynn and Bond had found the suspect on their way out of the casino around 3 a.m., and tried to arrest him.

"One officer, he tried to grab the guy from behind," Codner said. "The guy turned around and shot him. And that was Const. Dave [Wynn], the one who got shot in the head. He went down. And the other officer tried to grab [the gunman] afterwards, and there was a little bit of a struggle. And then he shot him." 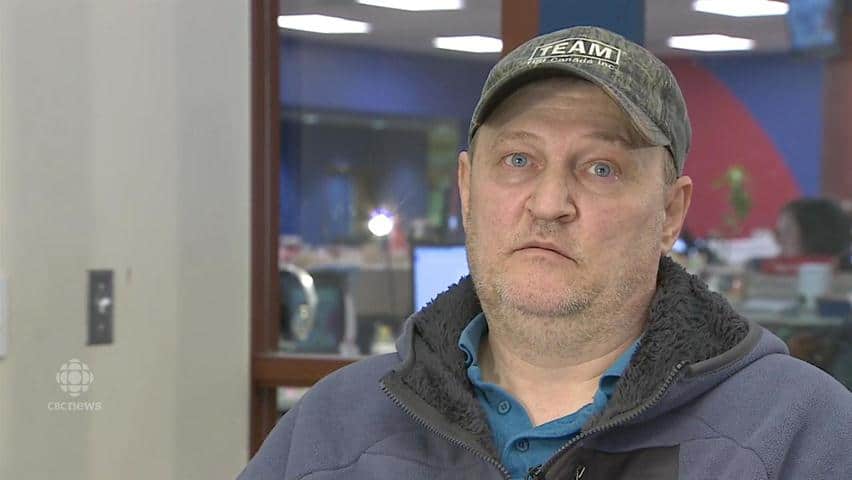 6 years ago
2:37
Rodney and Irene Codner describe the shooting that killed one RCMP officer and wounded another in a St. Albert casino. 2:37

The gunman shot both officers at close range — Wynn in the head, Bond in the torso and right arm.

The interaction lasted no more than five seconds, RCMP said.

"I don't think there's anything that could be done," she told CBC News three days after the shooting.

"When you walk into a casino with a handgun in the front of your pants, I think your intention is clear. "

The officers were rushed to hospital. Bond was released the same day, while Wynn remained unconscious.

The shooter fled the casino and made his way to an unoccupied rural home east of St. Albert.

He made a phone call and told a friend he was going to take his own life, according to a report from the Alberta Serious Incident Response Team.

Police tracked him to the home after the stolen vehicle was found in the area, former RCMP Assistant Commissioner Marlin Degrand said at a news conference on the day of the shooting. Upon entering the residence, officers found the suspect's body in a downstairs bedroom.

An autopsy confirmed he died of a gunshot to the head.

"Is his survival at stake? Absolutely," he said. "[Wynn is] certainly in a life-threatening state right now."

A day after the shooting, police identified the gunman publicly as 34-year-old Shawn Rehn. His Facebook page listed him as former pipefitter who had previously studied at the Northern Alberta Institute of Technology in Edmonton.

He was also a career criminal, who had been out on bail while facing 15 charges, including escaping lawful custody, possession of a prohibited firearm and failing to show up to a previous bail hearing. Rehn's criminal record dated back to his teens.

"There is no way we could expect these officers would know the kind of threat that was walking around inside that casino," former RCMP Commissioner Bob Paulson said at the time.

Paulson said Rehn was under a lifetime weapon prohibition because of previous convictions. He called for a review into why Rehn wasn't in custody and how he got his hands on a gun.

"We need to understand if it was reasonable for this man to be walking around us," he said.

That same day, the news came that Wynn had not regained consciousness and wasn't expected to survive.

Wynn's family started saying their final goodbyes on the Monday after the shooting. He was a husband and father of three boys, now 17, 19 and 20.

In a tearful news conference, his wife, Shelly MacInnis-Wynn, said "he'll be in a better place" and thanked the "RCMP family."

"Dave loved them to death," she said. "That was his work family."

Watch: Two days after her husband was shot, Shelly MacInnis-Wynn thanks the RCMP. 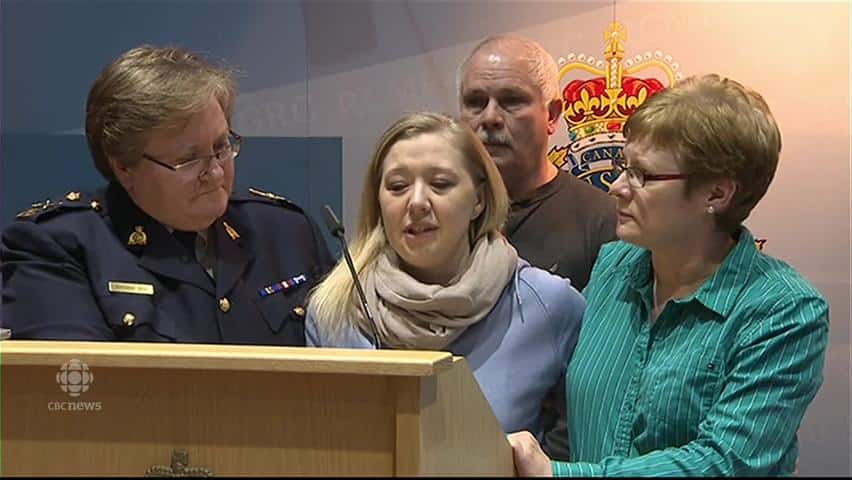 6 years ago
3:31
Shelly MacInnis-Wynn, the wife of Const. David Wynn, thanks her husband's "RCMP family" for their support. "Dave loved them to death," she said. 3:31

People across the country offered words of support to the family and Wynn, who had been a paramedic in Bridgewater, N.S. for 13 years before becoming a Mountie.

Wynn was taken off life support on Jan. 21, 2015, four days after he was shot. The RCMP and the provincial government announced each would conduct a review.

Mona Wynn described her brother as a prankster and an outdoorsman who loved teaching his sons how to fly-fish.

The service was broadcast across the country, along with the procession that wound through the streets of St. Albert and carried Wynn's casket to Servus Credit Union Place. 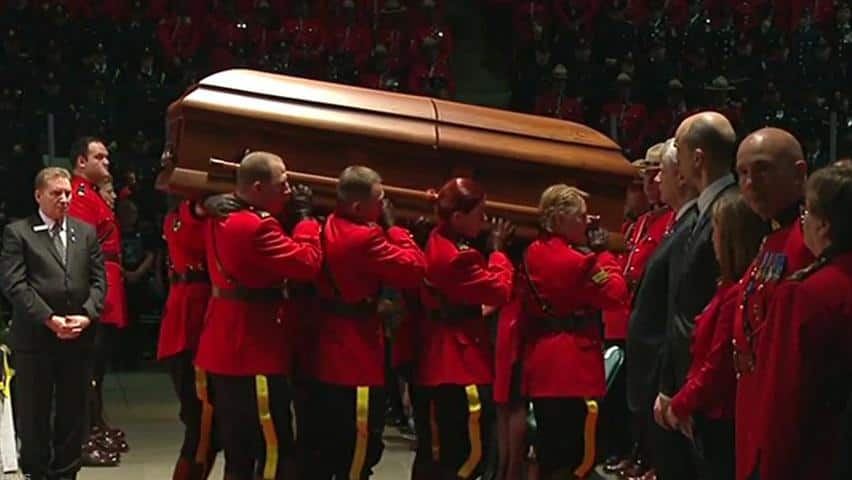 Rehn's final appearance in the justice system was on Sept. 4, 2014.

An Edmonton police constable stood before a justice of the peace and agreed to the release of Rehn on a $4,500 cash bond and the promise he stay away from illegal drugs and prohibited weapons.

David Tanovich, a law professor at the University of Windsor, reviewed a transcript from the hearing and noted neither Rehn's lengthy criminal record nor an emergency protection order obtained by his former common-law wife were raised.

"One of the problems in the case was that the officer clearly didn't construct Mr. Rehn as a dangerous person," Tanovich said at the time.

In the weeks and months following Wynn's death, senior RCMP officers questioned why Rehn was out on the street, and a review of the bail system was initiated.

At the time, police officers represented the Crown and conducted bail hearings 24 hours a day. A judge ruled that the practice was illegal in February 2017.

Since August 2017, bail hearings have been conducted with a prosecutor present, from 8 a.m. to midnight. The use of auxiliary constables has also been restricted.

MacInnis-Wynn tried to get a law passed to require prosecutors to attend bail hearings and share the applicant's criminal history. It was shelved in November 2016.

She said she hopes politicians take seriously any recommendations that come from this week's fatality inquiry.