A federal Conservative leadership candidate is throwing his support behind the “Lock her up” chants directed at Rachel Notley, saying the chant was not meant to be literal.

Saskatchewan MP Brad Trost believes chant was not literal, but an expression of frustration 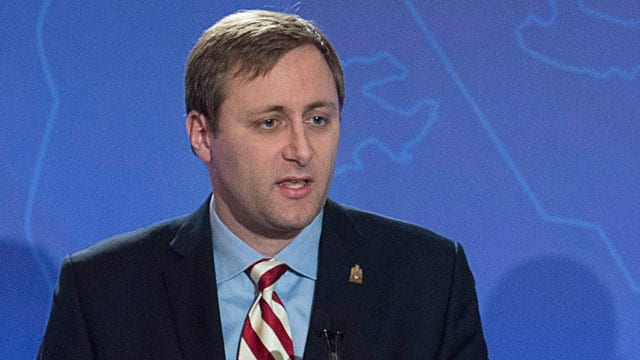 Brad Trost defends support for 'lock her up' chanters

A federal Conservative leadership candidate is throwing his support behind the "Lock her up" chants directed at Rachel Notley, saying the chant was not meant to be literal.

Brad Trost tweeted support for Chris Alexander, a fellow leadership candidate, after Alexander was criticized for his reaction to the chants during his speech at an anti-carbon tax rally in Edmonton on Saturday.

Alexander did not join in the chant but appeared to encourage it. He has since condemned the chant, along with many other Conservative party members, saying he was "mortified."

Trost said the chant is not meant to be literal, but politicians — specifically Premier Rachel Notley and Prime Minister Justin Trudeau — need to take their constituents' concerns seriously.

"No one was paying attention to what they were feeling," Trost told CBC News. "They weren't meaning literally throw her in jail. What they were saying is that they were frustrated and no one was listening to them.

"Everyone has an uncle that speaks like that at the breakfast table or a buddy on coffee row and no one takes them seriously." 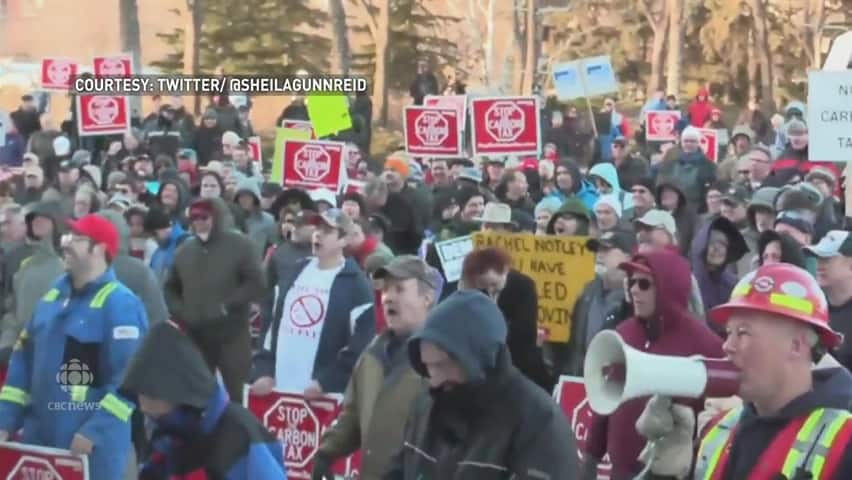 4 years agoVideo
0:39
Ralliers chanted 'lock her up' about Premier Rachel Notley during a speech by Chris Alexander at the Alberta legislature on Saturday. 0:39

Trost said no one thinks Notley should be in jail, but the crowd, echoing similar chants south of the border, used them to vent their frustrations.

He said Alexander was unfairly criticized.

Ambrose called the chant "inappropriate and unoriginal" and said it was a result of "people acting like idiots."

But Trost said Ambrose is focusing on the words instead of the real issue: people losing jobs.

He also praised Premier Rachel Notley for her response to the comments. "Notley didn't seem to be all that upset by it," he said.

"She's a tough smart politician, but she's out of touch with her voters on this, and that's why they're frustrated." 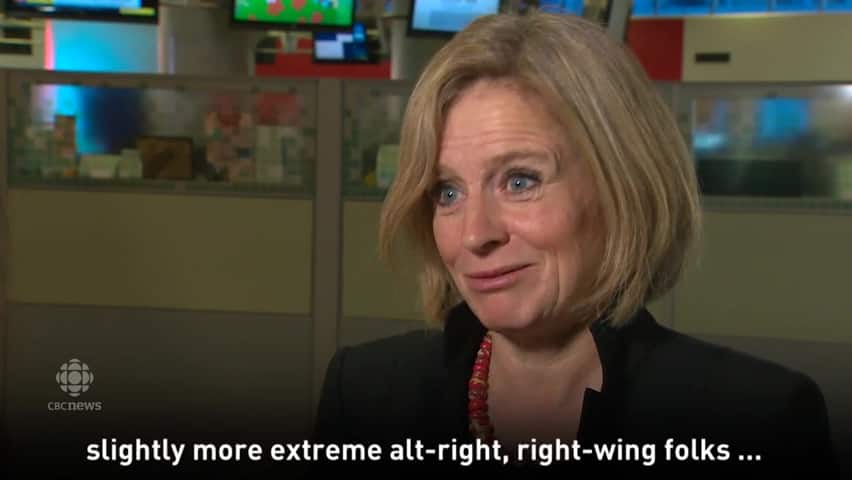 Responses to Trost's tweets have been largely negative, with many of them taking the language in the chant very seriously.

But some are condemning other politicians for distancing themselves from the rally and the "Lock her up" chant.

Trost said despite many condemning and distancing themselves from the chant, he said he's embracing the frustrations workers felt — and he's not afraid to do so.

"Rather than worrying about the literal wording of a chant, politicians should be doing something to stand up for people," he said.

"So yeah, put me on the side of the workers who are expressing their frustration with the carbon tax and the problems with the economy."