A new Edmonton-based bus service is preparing to step in to fill some of the gap created by Greyhound Canada, which is discontinuing its services in Western Canada as of midnight Wednesday.

A new Edmonton-based bus service is preparing to step in to fill some of the gap created by Greyhound Canada, which is discontinuing its services in Western Canada as of midnight Wednesday.

"We have four existing routes and will be combining them with the four Greyhound routes that we had operated for them since 2015," Balwaria said.

Cold Shot has 18 buses and will have 10 more in mid-November with the expansion, Bulwaria said. 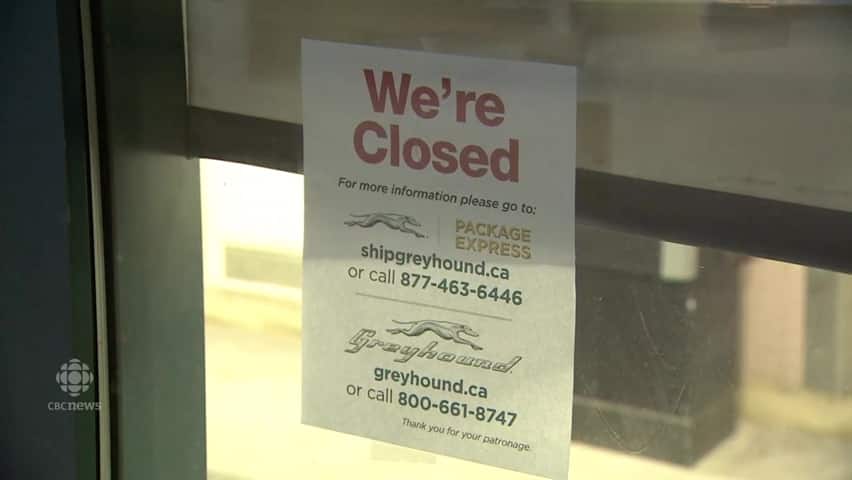 'It's sad, I liked Greyhound'

The smaller buses are more cost-effective to operate, he said.

"By using smaller buses we will be able to pass on savings to our customers," Bulwaria said.

Greyhound Canada announced July 9 that it was ending service across Western Canada on Oct. 31.

But the news came as a surprise to Adekunle Adekoya Tuesday evening as he waited for a bus at the Greyhound depot in  Edmonton.

"It leaves limited options for the riders," Adekoya said. "I think the government should put a replacement in place."

Sing Wei lives in Calgary and has been using Greyhound for regular trips to Edmonton. She said she's disappointed to be losing her Greyhound service.

"I can do work on the Greyhound because there's Wi-Fi, and driving [a car] in winter is not that easy," Wei said.

"Taking the bus is a much easier option. I can't work while driving."

For Ysra Irfan, Greyhound has proven to be more affordable than other bus services.

"I'm going to miss it," Irfan said. "That has been my first ever bus service when I came to Canada."

She came to Canada from Pakistan four years ago.

More than 82 per cent of Greyhound's existing routes are being covered by private carriers that have already enhanced their operations to serve rural and urban communities, Alberta Transportation said in a news release Wednesday.

Additionally, the Alberta and federal governments will invest up to $2 million per year, over two years, to provide service to small and rural communities, the ministry said.

The cost-sharing agreement between the two governments will act as an incentive to draw proposals from private carriers to fill remaining service gaps.

"We said we will not leave people stranded by the side of the road," Transportation Minister Brian Mason said in the release.

Cold Shot is offering an incentive to draw in customers — a loyalty program for frequent users. Passengers are eligible for a free ride after using the service five times.